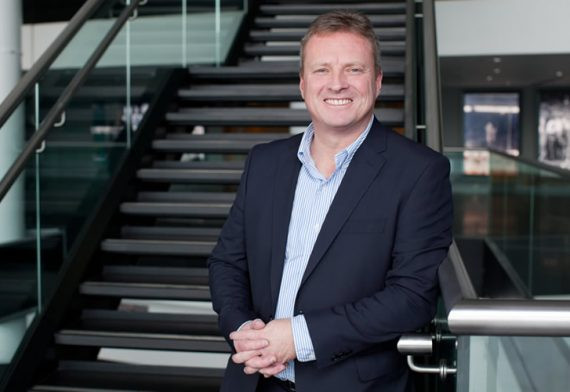 The Executive Board of the International Weightlifting Federation (IWF) has been urged to "be aware of its collective responsibility to secure our long-term Olympic future" at a meeting tomorrow morning.

The plea has come from Ashley Metcalfe, chief executive of British Weight Lifting (BWL), who in a letter to the IWF leaders and Board members says it is "without doubt the most important meeting we have faced in our 116-year history."

Rumours were circulating tonight that the date of the elections might be moved, and that Nicu Vlad, President of the Romanian Weightlifting Federation and a vice-president of the IWF, had withdrawn his candidacy for the governing body’s Presidency.

Metcalfe and others want more candidates from the current Board to step aside for the elections scheduled for March 26 and 27, after the International Olympic Committee (IOC) said weightlifting’s place on the Olympic programme was under threat.

The IWF Board has been severely criticised by the IOC, which has written to every member of the IWF to outline its concerns, effectively telling them that weightlifting will lose its Olympic status after Tokyo 2020 if the same regime retains control at the elections.

At the end of one of the worst weeks in the sport’s history Ursula Papandrea of the United States said: "It is time to stop taking risks with the future of weightlifting, and to actively and aggressively change course."

Zhou Jinqiang of China, Stian Grimseth of Norway and Florian Sperl of Germany have also spoken out.

Papandrea, Zhou and Grimseth are candidates for the IWF Presidency and Sperl is standing for first vice-president.

Sperl, President of the German Weightlifting Federation, has written to all IWF members and says the Board's "completely incomprehensible behaviour is risking the death of our sport."

In a letter translated into four languages, Sperl says that if the Board cannot speedily implement changes requested by the IOC they should all "resign immediately and clear the way for people who, with their deeds, will preserve the Olympic community for us."

Zhou said changes must be made swiftly "not just to satisfy the IOC, but for a clean, pure and healthy sport.

"In the current situation, everyone must choose either Out or Change.

"Change is the only choice now.

"Weightlifting does not belong to any person or a group of people, but to the entire weightlifting community."

Grimseth said: "We have a golden opportunity to reinvent ourselves and lift weightlifting to new heights – and we need to start today.

"If the IOC is not happy with the progress we make they will take us off the programme.

"It will probably not be possible to return."

Metcalfe said in his letter that the Board had "one task tomorrow, which is to agree a set of actions that address every single one of the points raised by the IOC.

"They must do what is in the best interests of the sport both morally and ethically.

"They must agree to implement all the changes the IOC are demanding with immediate effect.

"We also believe as a sport we have a bright future.

"Once we have addressed this current issue, it is time for the current old guard to pass on to the next generation of ethically eligible, passionate and above all knowledgeable individuals who can rebuild the sport’s reputation and ensure our athletes are given every opportunity to achieve their sporting ambitions.

"We believe if they act in line with our true sporting values and make 100 per cent the right decisions at tomorrow’s meeting and beyond, we can create a legacy which they can be proud of.

"They only have one goal which is very simple - weightlifting and the IWF must remain an integral part of the Olympic family."

Papandrea said: "What happens after the elections and the speed at which it is accomplished will be the deciding factor.

"A new Board will need to be prepared to unconditionally support reform."