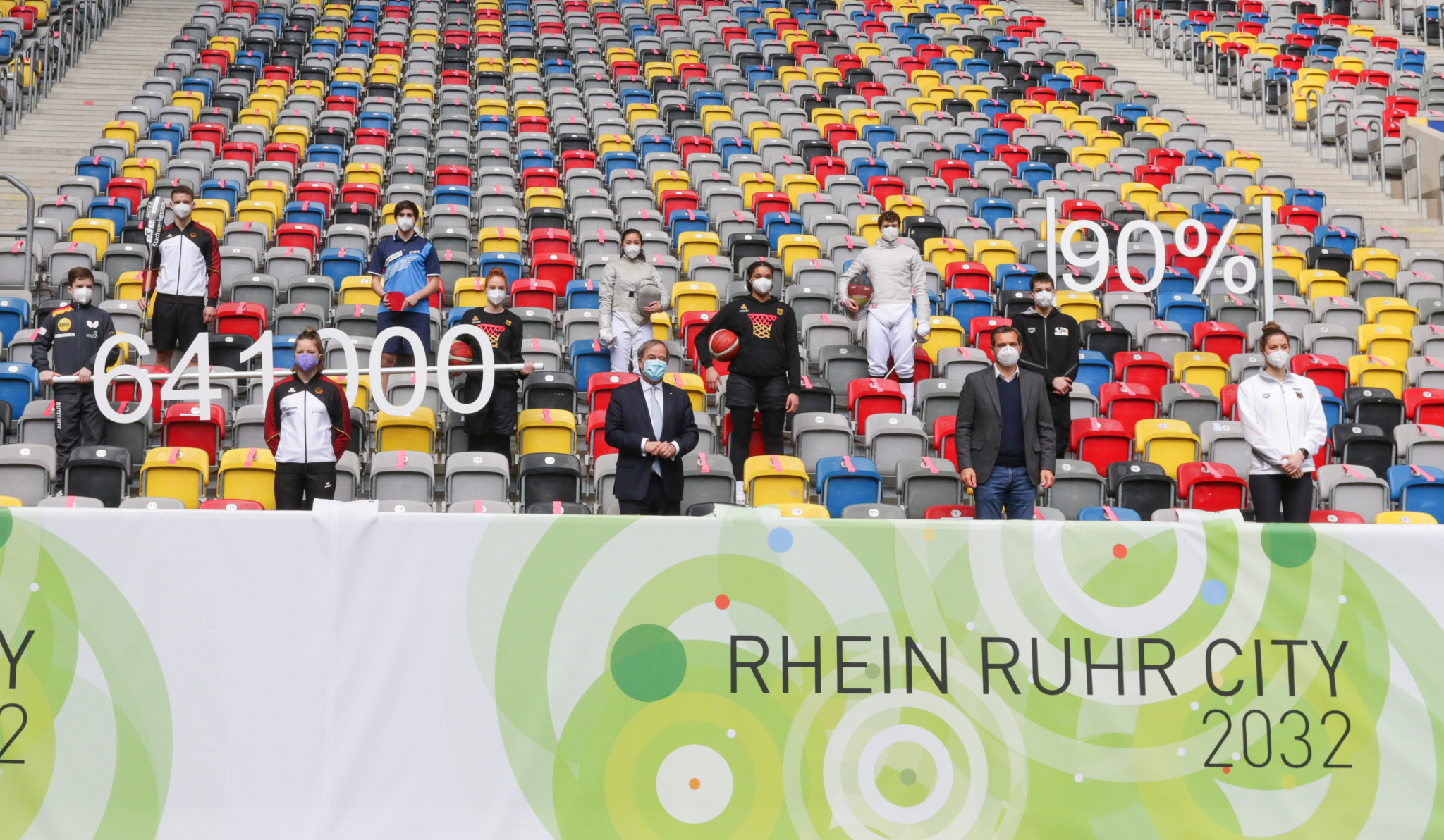 German officials have expressed concern over the International Olympic Committee’s (IOC) new candidature process, as the decision to install Brisbane as the preferred bidder for the 2032 Olympics and Paralympics has effectively ended the Rhine-Ruhr proposal to host the Games.

The IOC announced on Wednesday (February 24) that it would open exclusive negotiations with Australian officials as part of a targeted dialogue phase.

This followed the IOC Executive Board's decision to approve a recommendation from the Future Host Summer Commission.

insidethegames had earlier exclusively revealed that Brisbane would be installed as the IOC's non-binding preferred bidder.

IOC vice-president and Australian Olympic Committee (AOC) President John Coates has expressed confidence that Queensland will be confirmed as hosts.

Brisbane is set to be the first city awarded a Summer Olympic Games under the IOC's new process for selecting the host of its flagship event.

The IOC in 2019 established Future Host Commissions, which identify and recommend venues for the Games and enter into dialogue with prospective countries and cities over staging the Summer and Winter Olympics.

Qatar, India, Indonesia, China, Germany and Hungary had expressed an interest in staging the Games in 2032.

Kristin Kloster Aasen, chair of the IOC’s Future Host Commission said the German Olympic and Sports Confederation had earlier this month opted against entering what it calls the continuous dialogue phase with the group, but did not refer to any other possible bidders.

Dagmar Freitag, chair of the Bundestag Sports Committee, has criticised the new process used by the IOC for its lack of transparency.

"From my point of view, the IOC's announcement is far more than just a non-binding preliminary determination of Brisbane as the host city of the Olympic and Paralympic Games in 2032," said Freitag, according to Australian Associated Press.

"Long-time observers of the scene have predicted exactly this for some time.

"And the new selection system, praised by IOC President Thomas Bach as ‘more cost-effective and apolitical, and also preventing any unacceptable influence’ can hardly be surpassed in terms of non-transparency."

Hörmann, however, mirrored the IOC by suggesting the certainty offered by the decision was understandable amid the coronavirus pandemic.

"It comes as a surprise that the IOC will not make the decision about the 2032 Olympic Games in 2025, but will set the course four years earlier," Hörmann said, according to the German press agency DPA.

"Predictability and planning security for the Olympic Movement have become significantly more important in the past twelve months since the pandemic began."

The DOSB itself has faced criticism from North Rhine-Westphalia Prime Minister Armin Laschet, who has supported the privately funded Rhine-Ruhr bid.

Laschet attended an event today in Düsseldorf to promote the proposed German bid, which he suggested will still attempt to host the 2032 Olympic Games.

Should the bid prove unsuccessful, as expected, Laschet reportedly said they will seek to host the 2036 Summer Olympic and Paralympic Games.

"The amazing thing is that you [DOSB] have no sense of what is going on at the IOC," Laschet said, according to the DPA.

"No question, the decision of the IOC on Wednesday surprised and hit us.

"I was told that Brisbane was a good candidate for the IOC in uncertain times, I do not share this view.

The IOC rebuffed criticism of the process earlier this week.

Concerns were raised over transparency given Coates, head of the AOC and a close ally of Bach, chaired a working group in 2019 that examined changing the process for selecting a host city for 2032 onwards.

Bach insisted today that Coates had no input in the recommendation that the Future Host Commission begin exclusive talks with Brisbane over staging the 2032 Games.