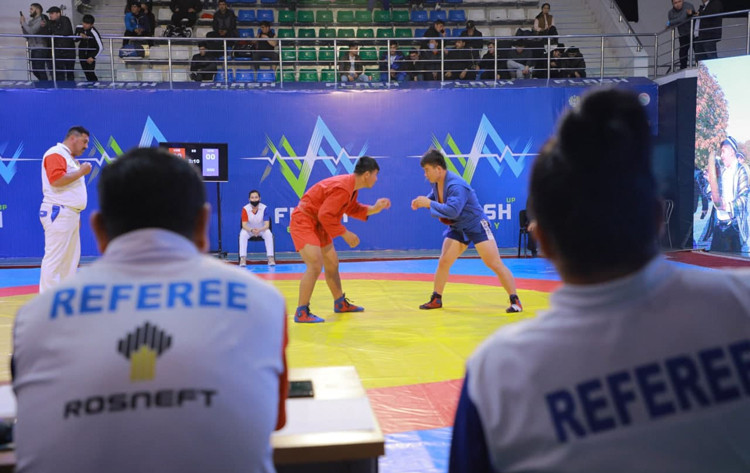 Competition at the Universal Sports Complex in the capital city was held in accordance with the updated International Sambo Federation (FIAS) rules in seven weight categories among men, women and in combat sambo.

According to the organisers, around 800 athletes took part in the tournament, and doping tests were organised for the winners and silver medallists.

"These tests were introduced at the Uzbekistan Championships in order to ensure the implementation of the President's decree, comprehensive training of athletes for international competitions, and prevention of various undesirable phenomena associated with doping," the Sambo Association of Uzbekistan said.

At the tournament, which attracted a large number of spectators, the veterans of the sport were also honoured.

A group of veterans who have made a significant contribution to the development of sports in the republic were awarded the title of "Veteran of Sports of Uzbekistan".

During the Championships, the best athletes, coaches, referees and functionaries of Uzbek Sambo were also awarded according to the results of the past year.

The Samarkand region won first place in the team competition, with sambists from Tashkent second and representatives from Navoi third.