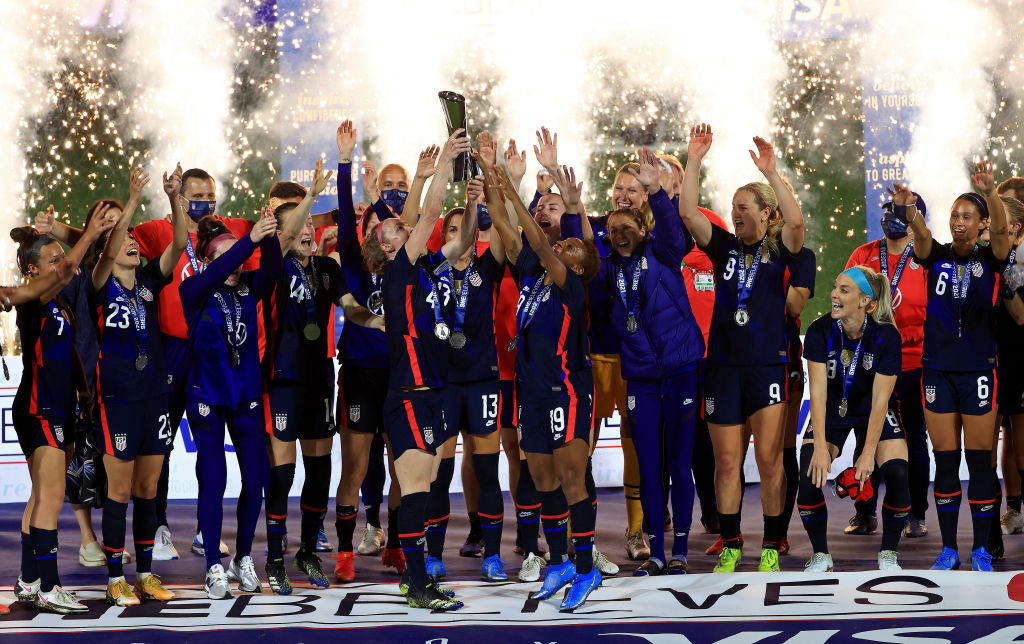 The United States thrashed Argentina 6-0 to win the SheBelieves Cup in style in Orlando.

Megan Rapinoe scored twice, with Carli Lloyd, Kristie Mewis, Alex Morgan and Christen Press also on the scoresheet in a thumping victory for the US at Exploria Stadium.

The win handed the US a fourth SheBelieves Cup title and extended their unbeaten run to 37 matches.

The hosts won all three of their matches at the tournament, considered a key warm-up prior to the postponed Tokyo 2020 Olympic Games later this year.

Their victory over Argentina, a late replacement for Japan following their withdrawal due to COVID-19 concerns, was never in doubt.

"Overall, very happy with how we performed and how were were able to unlock Argentina early in the game, and how we finished the game as well," said US coach latko Andonovski.

Brazil finished second after ending their campaign with a 2-0 victory over Rio 2016 Olympic bronze medallists Canada.

Adriana and Debinha were at the heart of a well-worked opener in the 15th minute, with the latter releasing Adriana, keeping up with play and then converting a rebound from close range when Adriana's shot came back off the post.

Julia Bianchi made it 2-0 before the interval, firing home after Canada repeatedly failed to clear their lines, and the Canadians were lucky it was not 3-0 as goalkeeper Stephanie Labbé tipped Adriana's dipping effort onto the bar on the stroke of half-time.

Shelina Zadorsky hit the post late on as Canada pushed for a way back into the game, but Brazil held on for the win.

Victory may offer Brazil a crumb of revenge, as it was they who were beaten by Canada on home soil in the third-place playoff at Rio 2016.