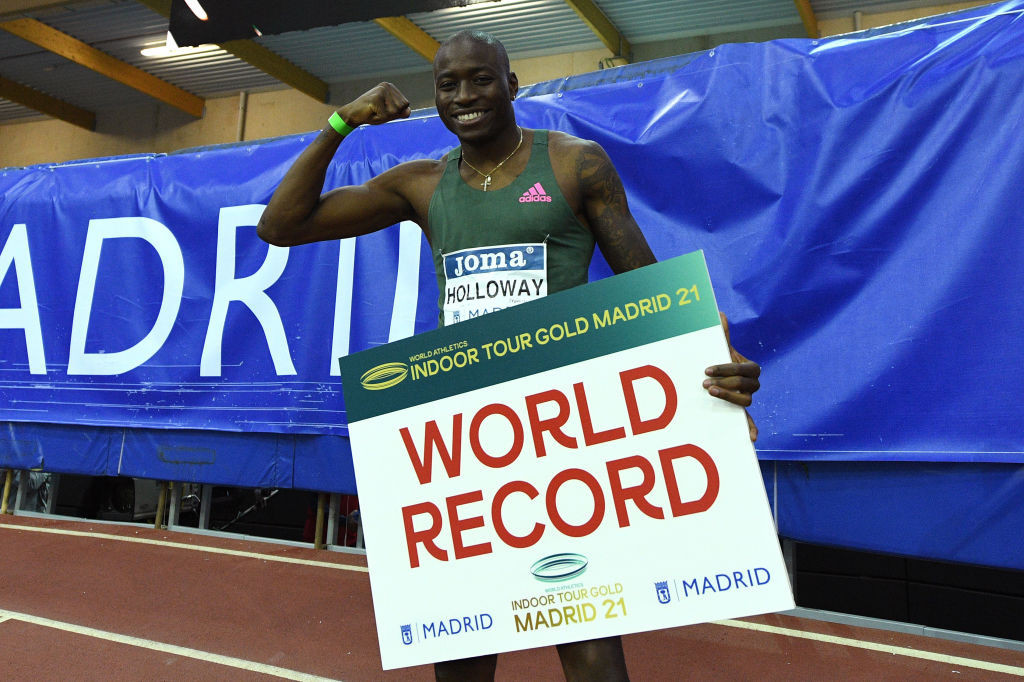 Grant Holloway finally hunted down the world 60 metres hurdles record he has been chasing all season as he clocked 7.29sec in the concluding World Athletics Indoor Tour Gold meeting in Madrid - 0.01 inside the mark set by Britain’s Colin Jackson in 1994.

Madrid’s altitude - the meeting venue of the Centro Deportivo Municipal Gallur is 625 metres above sea level - has helped create numerous records in explosive events over the years, and it will not have done any harm to the American world 110m champion’s last crack this year at the record he had missed by 0.02sec in Liévin two weeks earlier.

Holloway has not lost an indoor hurdles race since 2014 and he never looked remotely like losing that record in a race for which he had qualified in his heat by equalling his own 2021 world lead of 7.32.

Britain’s world indoor champion Andrew Pozzi finished second in the final in a season’s best of 7.51.

Stunning hurdling from @Flaamingoo_ to clock 7.29 👏

The women’s 60m hurdles was also a super-swift affair, with Nadine Visser of The Netherlands equalling the 2021 world best of 7.81sec.

The longer distances in the Villa de Madrid meeting offered some intriguing meetings between Ethiopian athletes who have produced outstanding performances this year.

Gudaf Tsegay, who set the world indoor 1500m record in Liévin, raced over 3,000m against compatriot Lemlem Hailu, who set a 2021 world-leading time of 8min 31.24sec in Torun last week.

In the women’s 800m, victory went as expected to Ethiopia’s Habitam Alemu, who tops the Tour standings and had already secured first place, assisted by her Tour record of 1:58.19 in Torun.

In the field events, Cuba’s Juan Miguel Echevarría returned to Madrid after jumping 8.41 metres there 12 months ago.

On this occasion 8.14m sufficed to win.

As with other World Athletics Indoor Tour meetings this year, spectators were not allowed to attend due to local pandemic restrictions.