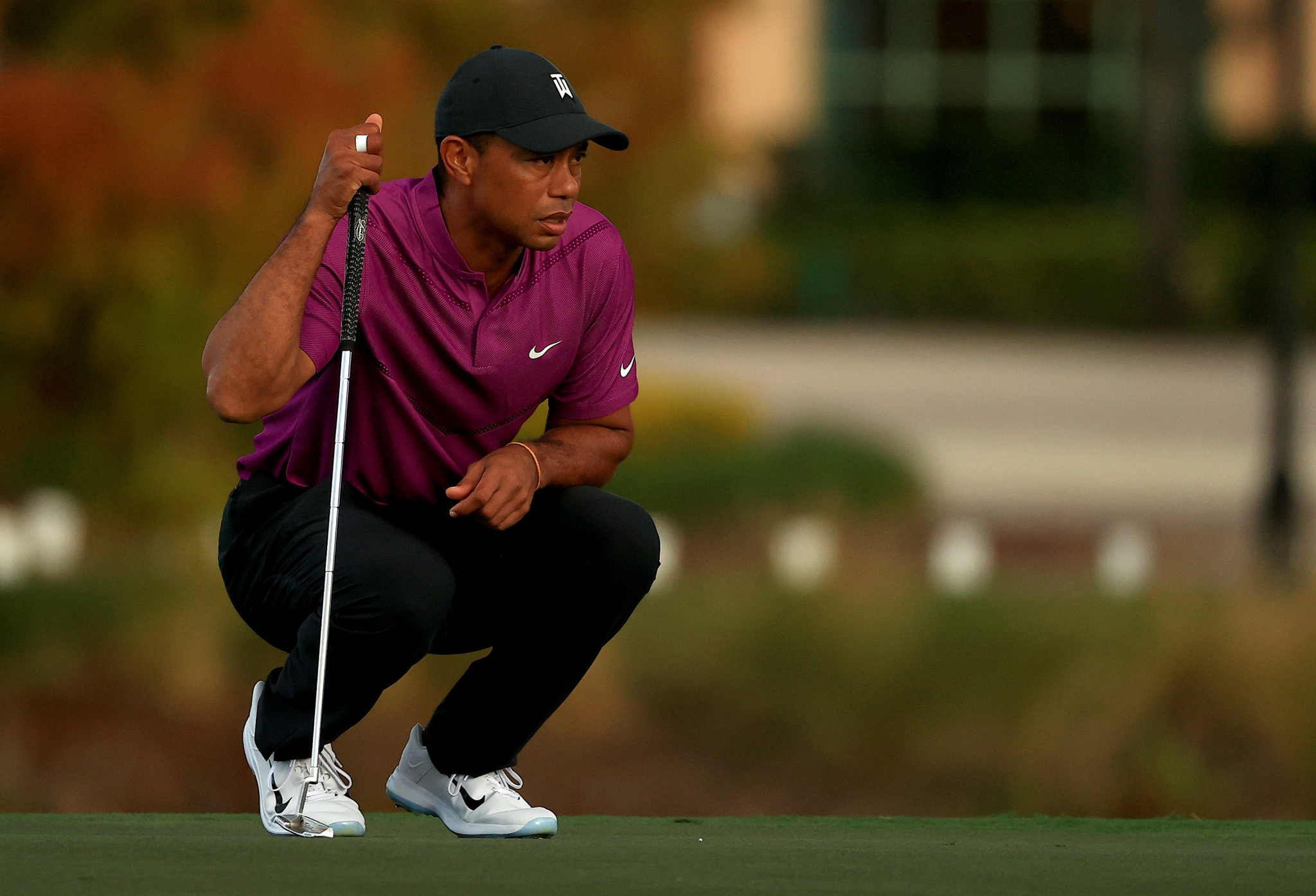 Tiger Woods suffered fractures to his right tibia and fibula as well as broken bones in the foot and ankle when his car left the road and flipped in Los Angeles yesterday.

The 15-time major winner was described as being "awake, responsive, and recovering in his hospital room" in a statement posted on Woods' Twitter account, which also confirmed the severity of the leg injuries.

Woods escaped with his life following the single-vehicle accident, but his career is in serious jeopardy given the significance of the injuries, the fact Woods in 45 and his past injury history.

At the time of the crash, the American was working his way back from a fifth back surgery.

Anish Mahajan, chief medical officer at Harbor-UCLA Medical Center, where Woods was taken, said the golfer "suffered significant orthopaedic injuries to his lower right extremity that were treated during emergency surgery" in the statement.

"Comminuted open fractures affecting both the upper and lower portions of the tibia and fibula bones were stabilized by inserting a rod into the tibia," continued Mahajan.

"Additional injuries to the bones of the foot and ankle were stabilized with a combination of screws and pins.

"Trauma to the muscle and soft tissue of the leg required surgical release of the covering of the muscles to relieve pressure due to swelling."

Comminuted open fractures mean that Woods' tibia and fibula were broken into more than two pieces, and that the skin was pierced.

Even if there is no long-lasting damage, which may be an overly optimistic outlook, the rehabilitation from such as injury is likely to be arduous.

Woods had to be rescued from the vehicle by first responders, but not using the "jaws of life" tools as the Los Angeles County Sheriff's Department had initially said.

One of most successful and revered athletes of all time, only Jack Nicklaus - with 18 - has won more golf majors than Woods.

His Masters triumph in 2019 marked not only a 15th major title, but also a heralded comeback from multiple back surgeries, chipping yips and well-documented issues in his private life.

A return to top-level golf would mark another remarkable comeback, but nine-time major champion Ben Hogan could serve as inspiration for Woods.

Hogan suffered pelvis, collarbone and ankle fractures in a near-fatal collision with a bus in 1949, but went on to win six majors after recovering.