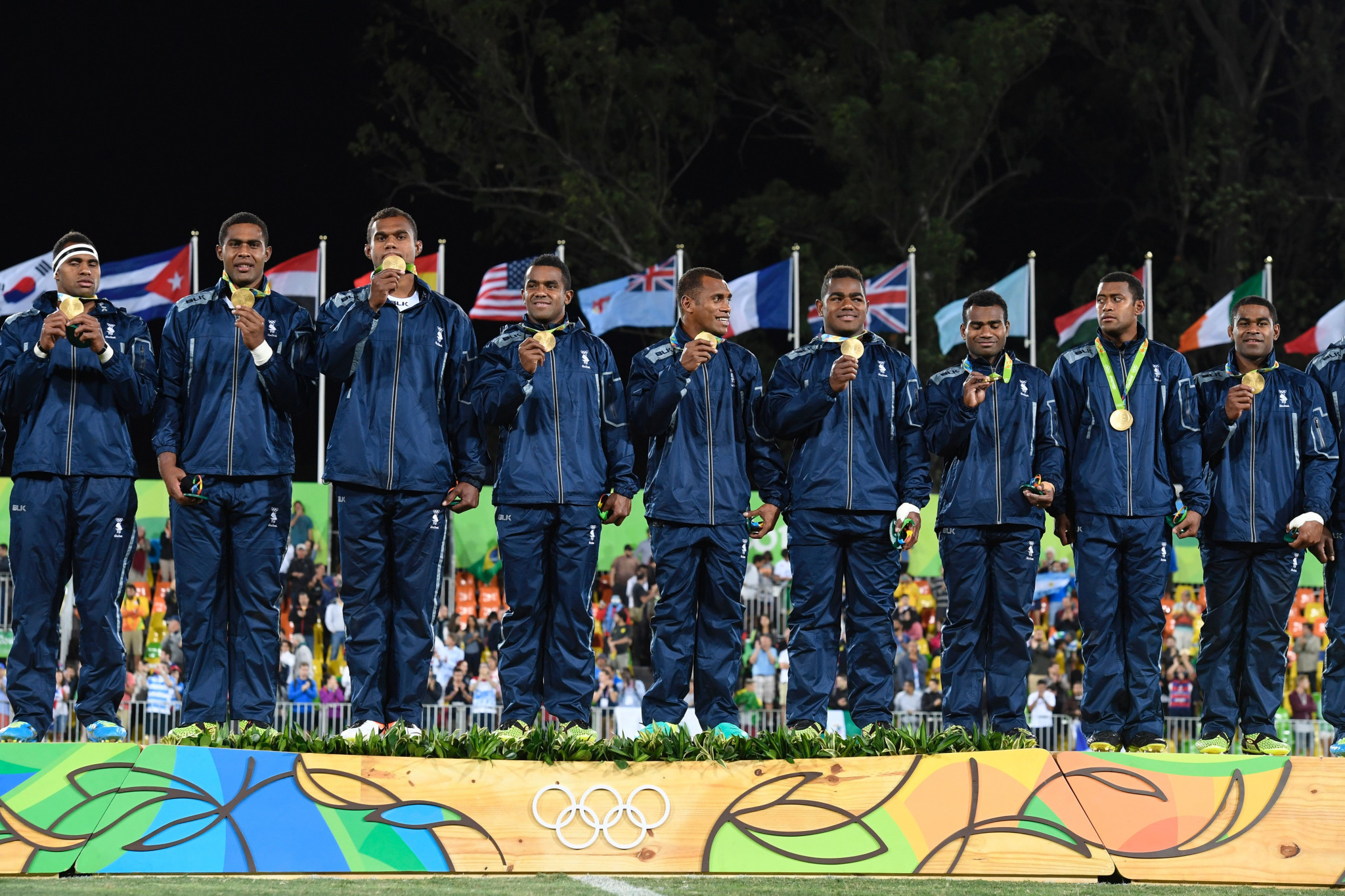 The trio shared information on Tokyo 2020 with the team, discussing the COVID-19 regulations that are set to be in place during the Games.

Naivalurua also stressed that the FASANOC was there to help the team succeed on the pitch.

"Your task is to make sure that when you are released from here you fight the forward battles and win, our job is to fight the battles in the background," Naivalurua said.

"Our job is to prepare you physically and mentally with others so you are able to participate at the Olympics in the best possible shape."

The Fijian men's rugby sevens team will compete at Tokyo 2020 as defending champions, having clinched gold at Rio 2016.

It was the country's first-ever Olympic gold medal.

Coach Gareth Baber thanked Lenoa, Naivalurua and Bower for the visit and promised the team would honour their responsibilities as members of Team Fiji.

"You are in a position where you get to do something or participate in something that only a blessed few get to do," Baber said.

"We have to treat that with respect and understand that it comes with its responsibilities.

"There are those that will be waiting for you to fall, and it is not fair, but it is a tough responsibility.

"But we will trust in all the systems we put in place around our work behaviours and attitude, how we work together to ensure that we keep each other in line, and when with others from around the world, we will pay them respect.

"Especially in a country like Japan where respect is fundamental in the way they think about life."

Both Fiji's men and women's rugby sevens teams have qualified for Tokyo 2020, scheduled for July 23 to August 8.