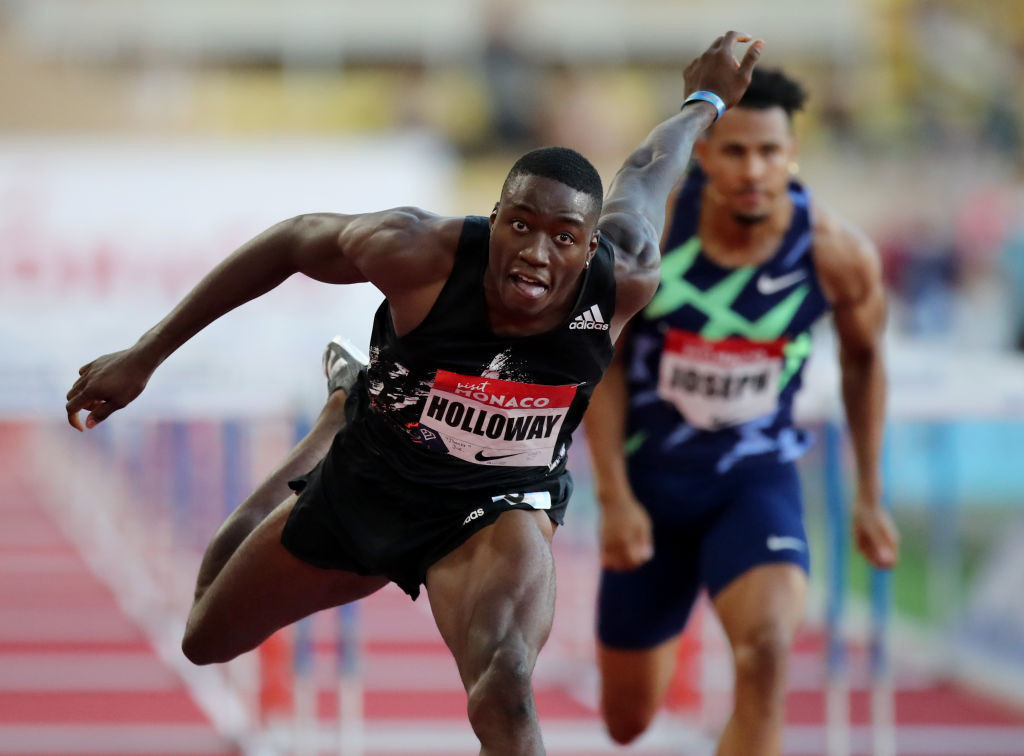 Hopes are high that Grant Holloway may be able to secure the world indoor 60 metres hurdles record he has been so close to this year when he runs in tomorrow’s concluding World Athletics Indoor Tour Gold meeting in Madrid.

The women’s world indoor 60m record has been broken several times in the Spanish capital, by Nelli Cooman of The Netherlands, Jamaica’s Merlene Ottey and Russia’s Irina Privalova, who ran the current record of 6.92sec twice in Madrid in 1993 and 1995.

Now the world 110 metres hurdles champion from the United States wants to become a part of that record tradition.

Holloway moved up to second on the 60m hurdles all-time list with his time of 7.32 in the French town of Liévin two weeks ago, a time that was just 0.02 shy of the world record set in March 1994 by Britain’s Colin Jackson.

Currently the owner of three of the six fastest 60m hurdles performances in history, Holloway has not lost an indoor hurdles race since 2014.

Among Holloway’s opponents will be Britain’s world indoor champion Andrew Pozzi, who has a season’s best of 7.57.

The longer distances in the Villa de Madrid meeting offer some intriguing meetings between Ethiopian athletes who have produced outstanding performances this year.

Gudaf Tsegay, who set the world indoor 1500m record in Liévin, will race over 3,000m against compatriot Lemlem Hailu, who set a 2021 world-leading time of 8min 31.24sec in Torun last week.

Hailu has the additional motivation that victory would guarantee her topping the World Athletics Indoor Tour standings and an additional first prize of $20,000 (£14,200/€16,500).

Meanwhile in the men’s 1500m, Ethiopia’s world 5,000m silver medallist Selemon Barega takes on compatriot Getnet Wale, whose 3,000m victory in Liévin in 7:24.98 was the second fastest indoor time ever.

And in the women’s 800m victory is likely to go to Ethiopia’s Habitam Alemu, who tops the Tour standings and has already secured first place, assisted by her Tour record of 1:58.19 in Torun.

Ireland’s Nadia Power will be seeking to make an improvement on the national indoor record of 2:00.98 set when finishing third in Torun.

In the field events, Juan Miguel Echevarría returns to Madrid after jumping 8.41 metres there 12 months ago.

Clearly in good form after his 8.25m win in Liévin, the Cuban lung jumper will have in mind the meeting record of 8.43 which belongs to his illustrious compatriot Ivan Pedroso from 1996 and his own indoor personal best of 8.46, set in winning the 2018 world indoor title in Birmingham.

This meeting will decide eight of the 10 disciplines of the World Athletics Indoor Tour.

In addition to the $20,000 first-place prize money, the winners get a confirmed entry to the next World Athletics Indoor Championships as a "wild card".

As with other World Athletics Indoor Tour meetings this year, spectators are not allowed to attend due to local pandemic restrictions.