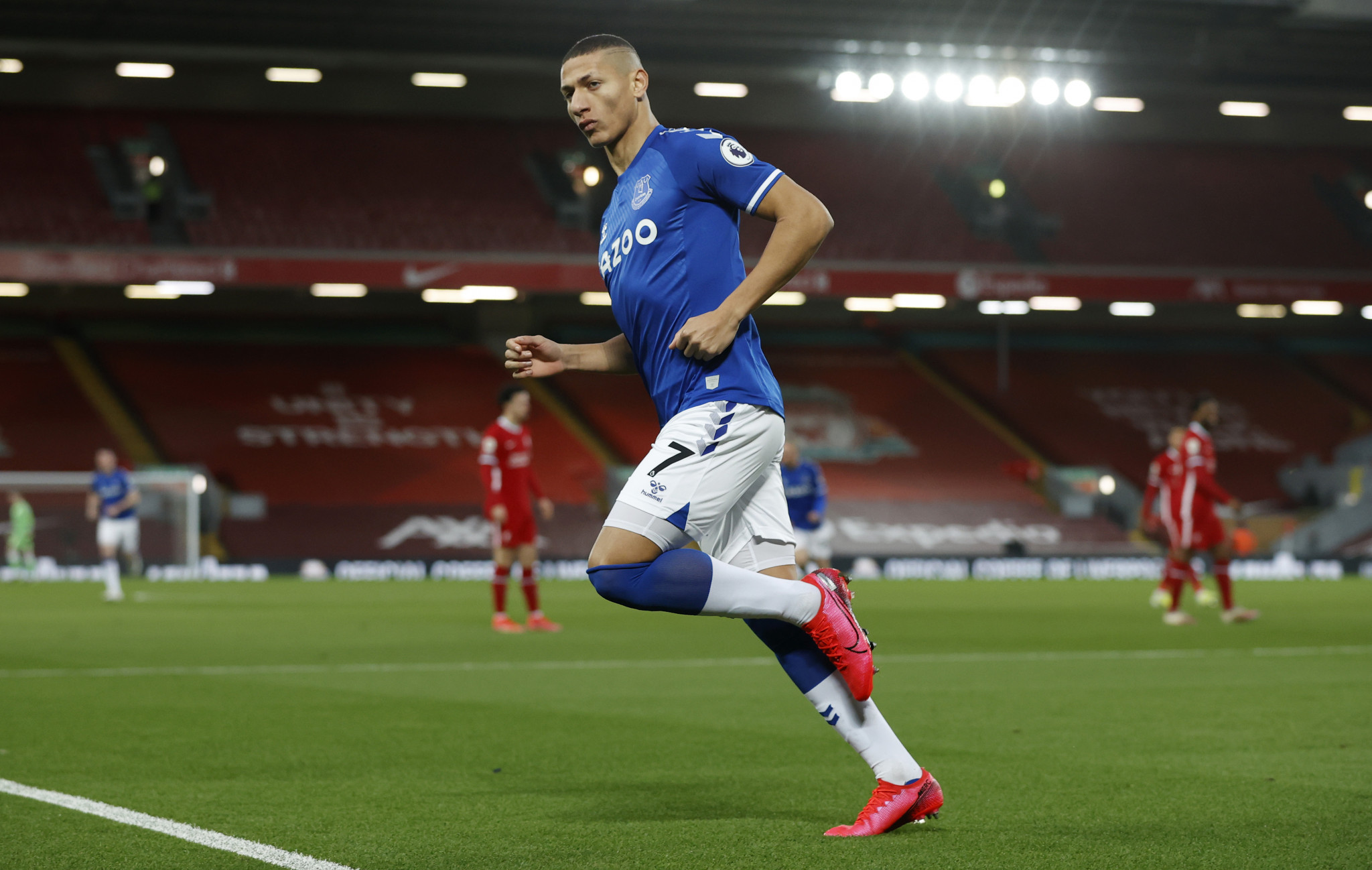 Brazilian footballer Richarlison fears he may be prevented from competing at the Tokyo 2020 Olympic Games by his club team Everton.

Richarlison could represent Brazil at both the Copa América and Tokyo 2020 later this year.

He told ESPN that Premier League team Everton may only allow him to compete at one tournament, despite the 24-year-old wanting to feature at both.

"This year there’s the Copa América and there’s also the Olympics," he said.

"It seems that the club doesn’t want to let me go.

"They just want to release me to one, I think it's for the Copa América, I don't know.

"I told them that I want to go to the Copa América and the Olympics, if I'm called."

Although he is above the under-23 age limit for the men's Olympic football contest, Richarlison is eligible to compete at Tokyo 2020 as he would have been the correct age if the Games took place as planned last year.

The age limit was temporarily raised to 24 after the Olympics were postponed to July 23 to August 8 as a result of the COVID-19 pandemic.

With the Copa América scheduled for June 11 to July 10 in Argentina and Colombia, and the men's football contest at Tokyo 2020 planned for July 22 to August 7, Richarlison would have very little time to recover from the end of the Premier League season on May 23.

It is not yet known when the 2021-2022 Premier League season will start, but it also would be unlikely that Richarlison would be able to participate in pre-season training with Everton.

Despite the congested schedule, Richarlison has remained adamant about being a part of Brazil's Olympic title defence at Tokyo 2020.

"Like it or not, I don’t know if I’ll have another opportunity for the Olympics because I’m in the age [bracket]," he said.

"I've never played an Olympics and we will be defending our title.

"It will be talked about here inside the club to know what decision will be made."

Tokyo 2020 will be the 14th time Brazil feature in the men's Olympic football contest.

Liverpool forward Mohamed Salah has also been tipped to appear at his second Olympics in the Japanese capital.

Egypt's former goalkeeper Ahmed Shobeir claimed the 28-year-old would be wanting to participate at the Games.

"From my point of view, Salah is the one who will seek to participate with the Olympic team in the Tokyo Olympics and not the other way around," he told OnSport FM.

The Egyptian Football Association has repeatedly expressed their hope Salah could be part of their Olympic team as one of their three players over the age of 23.

Salah was part of the side that reached the quarter-finals of London 2012, scoring three goals during the tournament.

Egypt's best finish in the Olympic football event is fourth, achieved at both Amsterdam 1928 and Tokyo 1964.