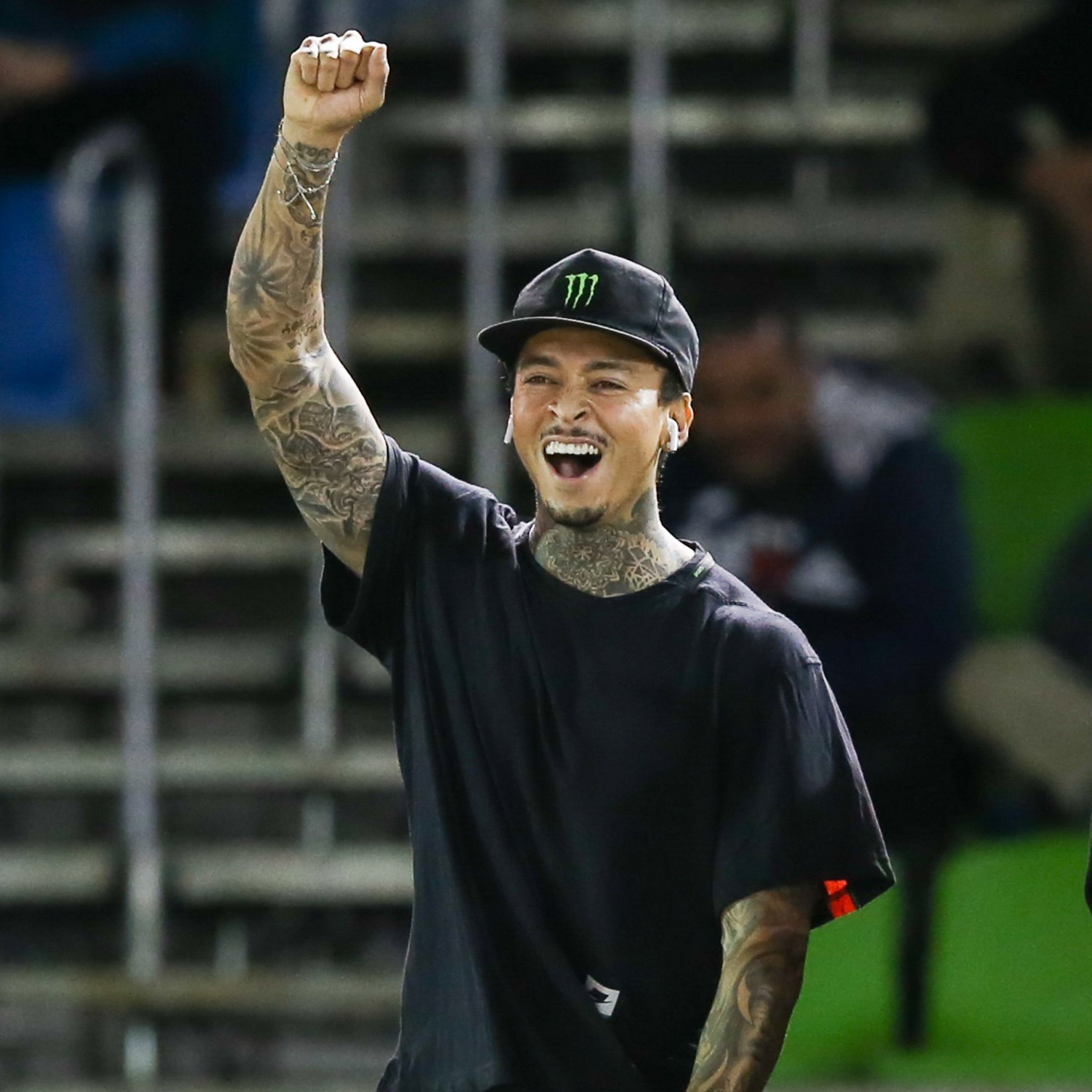 Four-time skateboarding world champion Nyjah Huston has been charged by prosecutors in Los Angeles after organising a party despite the coronavirus pandemic.

According to the Los Angeles Times, Huston - who is top of the Olympic men's street rankings ahead of the Tokyo 2020 Games - and homeowner Edward Essa threw a party last month for about 40 people.

It was shut down by police after they received a complaint of a gathering at a "social media influencer resident".

After the party, Los Angeles Mayor Eric Garcetti ordered the LA Department of Water and Power to cut off electric to the home.

Huston and Essa both received misdemeanour charges of creating a nuisance.

The party, viewed as a potential super-spreader event for COVID-19 and a breach of restrictions on gatherings, took place when coronavirus cases were reaching record levels across the United States.

Police had reportedly shut down two other events at the home late last year and issued warnings to residents.

Three other people have been charged for staging separating parties, including a New Year’s Eve event for about 150 guests.

Mike Feuer, Los Angeles City Attorney, said those charged were "connected to properties where we allege that large indoor parties were held in violation of public health orders".

"During this crisis, my office has held those individuals and businesses who have had large indoor gatherings, violating important public health and safety orders, accountable." Feuer said in a report by the Los Angeles Times.

"During the pandemic, this enforcement is particularly important because party houses can produce super-spreader events that jeopardise public health.

"We’re taking the steps to shut them down."

It is not the first time Huston has been in trouble with the police over house parties.

The 26-year-old pleaded no contest in 2019 to a misdemeanour charge of disturbing the peace at a 2017 party in Los Angeles and was cited for a noise violation in 2014 following a series of complaints, with up to 300 people at his home in Orange County.

Skateboarding is set to make its Olympic debut this year, with Huston seen as a strong favourite for gold in the men’s street competition.

He is also a multiple Summer X Games champion.