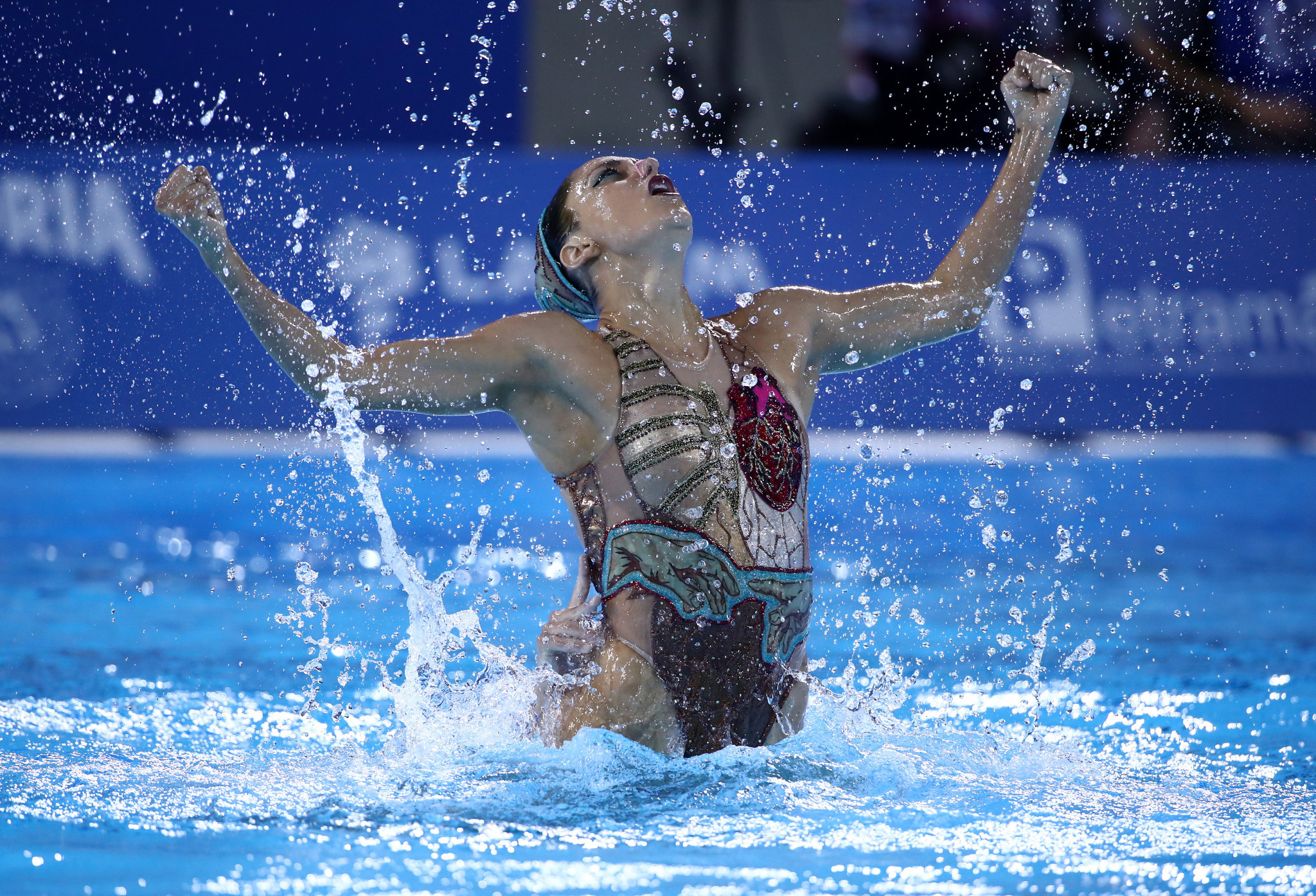 USA Artistic Swimming broadcast two days of pre-recorded routines on its own website and FINA TV, with commentary provided by mixed duet world champions Christina Jones and Bill May.

Coverage, including both technical events and free routines, was judged by International Swimming Federation (FINA) officials.

Schroeder and Alvarez triumphed in the technical duet on the opening day of competition.

The pair scored 83.4588 points for a routine created in a backyard pool during the COVID-19 pandemic.

Kseniya Kuliashova and Aliaksandra Vysotskaya of Belarus claimed the silver medal with 80.4657, while Lara Mechnig and Marluce Schierscher of Lichtenstein were the bronze medallists after scoring 79.2052.

Schroeder and Alvarez, who are seeking qualification for the Tokyo 2020 Olympic Games, then won the free technical duet with 84.9333 points.

Vera Butsel and Hanna Koutson of Belarus placed second with a score of 81.7000 and were followed by Estefania Alvarez Piedrahita and Monica Arango Estrada of Colombia on 79.2667.

The Spanish due were first victorious in the technical mixed duet, before winning the free mixed duet with a performance worthy of 82.2000.

Alvarez made her debut as a soloist on the world stage and placed second with 87.1333, while Butsel achieved 82.8000 to finish third.

A men's free solo event was held during the Artistic Swimming World Series for the first time ever.

Spanish teenager Dennis Gonzalez Boneu was the runner up with 78.1333.

After the competition, Schroeder discussed the experience of competing in a virtual event.

"I like to compete and perform for the judges, other teams and a crowd," Schroeder said.

"I had to remind myself that people will watch and judge our swims.

"Colombian duet partners Estefania Alvarez and Monica Arango indicated that before performing their routine, they missed the excitement of the other athletes on pool deck.

"That excitement, the tension that brings the adrenaline was missing.

"Strangely, the moment we walked onto the podium and the music started we were in competition mode and we felt excited."

Canada will also air a virtual competition in May.