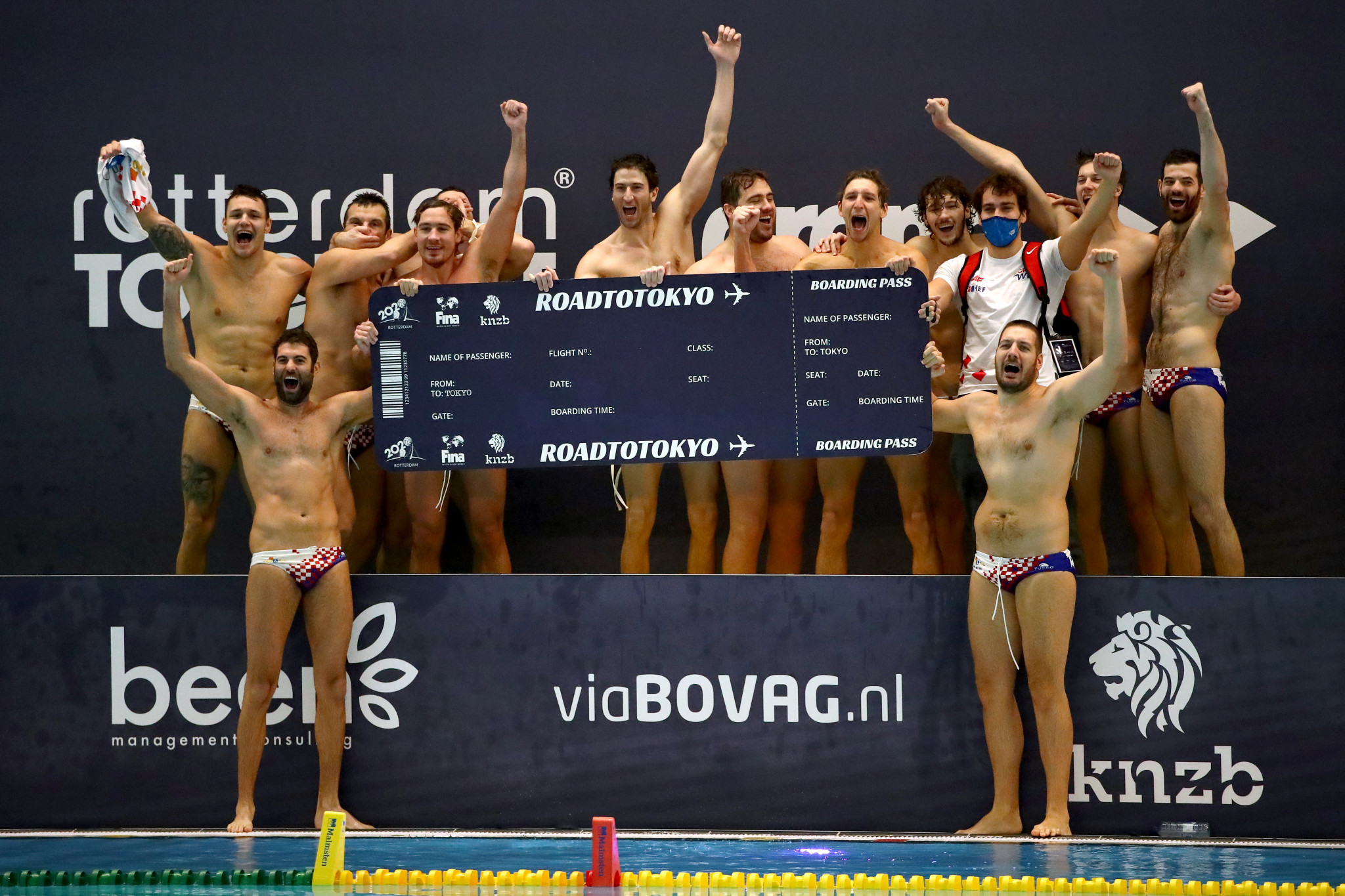 Croatia dramatically secured the final place in the men’s water polo tournament at the Tokyo 2020 Olympic Games after beating Russia in a penalty shoot-out that required 15 rounds to find a winner.

Russia had a penalty shot to win it during the fifth round of shots but Croatian goalkeeper Toni Popadic came up with a crucial save to continue proceedings.

Nine rounds of shots later Roman Shepelev missed for the Russians, with Josip Vrlic scoring the next penalty for Croatia to give them victory in the bronze medal match at the qualification tournament, as well as the bigger prize of a place at Tokyo 2020.

Russia earlier led in the contest at half-time by 7-6 before Croatia took the lead in the third period.

Croatia were unable to close the match out in regulation play and Russia came up with an equalising goal with 16 seconds to go to force the dramatic shoot-out, which meant the final score in the match was 25-24 after penalties.

Croatia’s victory means they have qualified for seven straight Olympic men’s water polo tournaments, with their best result coming when they claimed gold at London 2012 after beating Italy 8-6.

The final of the qualification tournament was contested between Montenegro and Greece, with the two countries having confirmed their qualification for Tokyo 2020 yesterday by reaching the showpiece match.

Despite there being less at stake it was a competitive and tight affair, with Greece holding a narrow 8-6 lead after three quarters.

In the final period Dusan Matkovic scored a hat-trick for Montenegro as they netted four straight goals to give them a 10-9 victory.

Two more placement matches took place on the final day of competition to decide positions in the rankings.

In the battle for fifth hosts the Netherlands turned a three goal deficit heading into the final quarter into a one goal win as they triumphed 10-9 against France.

In the battle for seventh Georgia ran out comfortable 18-10 winners against Canada, thanks to a second period where Georgia scored a tournament high eight goals in a single period.

Following the conclusion of the action at the Zwencentrum in Rotterdam the draws for the men’s and women’s Tokyo 2020 water polo tournaments took place.

In the women’s tournament Group A comprises Australia, South Africa, the Netherlands, Spain and Canada while Group B features hosts Japan, Russia, China, Hungary and the United States.

Water polo competition at Tokyo 2020 is scheduled to take place at the Tatsumi Water Polo Centre from July 24 to August 8.