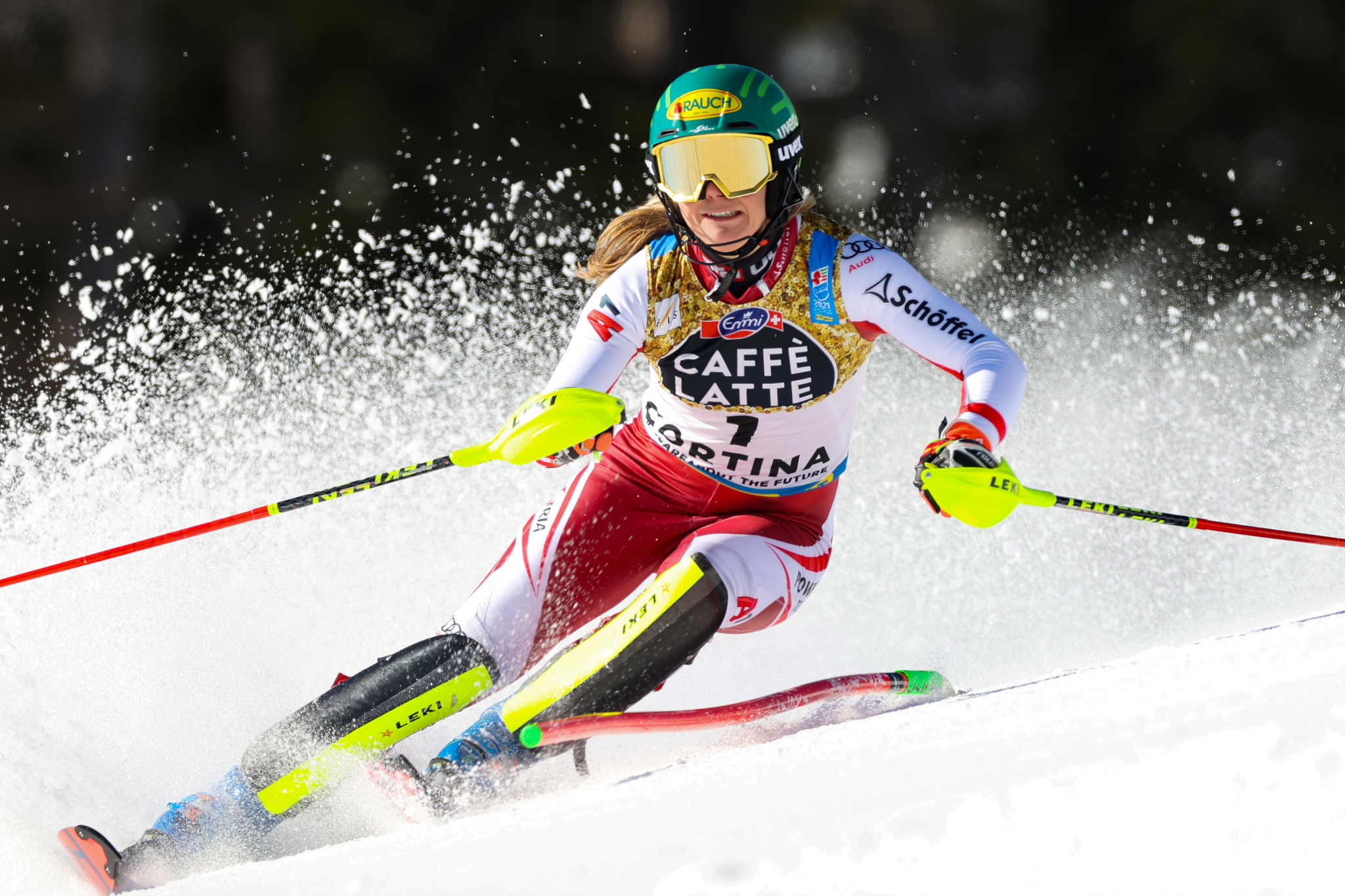 It was her second gold medal of the World Championships after victory in the parallel giant slalom.

"I really gave it my all today and I've worked so hard for it, every single day in preparation," Liensberger said.

The 23-year-old has achieved eight World Cup podiums during her career but has never won an event.

She was followed in today's standings by overall World Cup leader Petra Vlhová, with the Slovakian finishing in 1:40.50.

It was the first time since 2013 that Shiffrin, a two-time Olympic champion, did not take the women's slalom world title.

She still earned four medals at this year's competition, including a gold in the Alpine combined, despite taking a break from skiing following the death of her father in February last year.

She had then been unable to return to the slopes for several months due to the coronavirus pandemic and a back injury.

"I never imagined that I could win four medals in one World Championships."

The Alpine Ski World Championships are due to conclude tomorrow with the men's slalom.