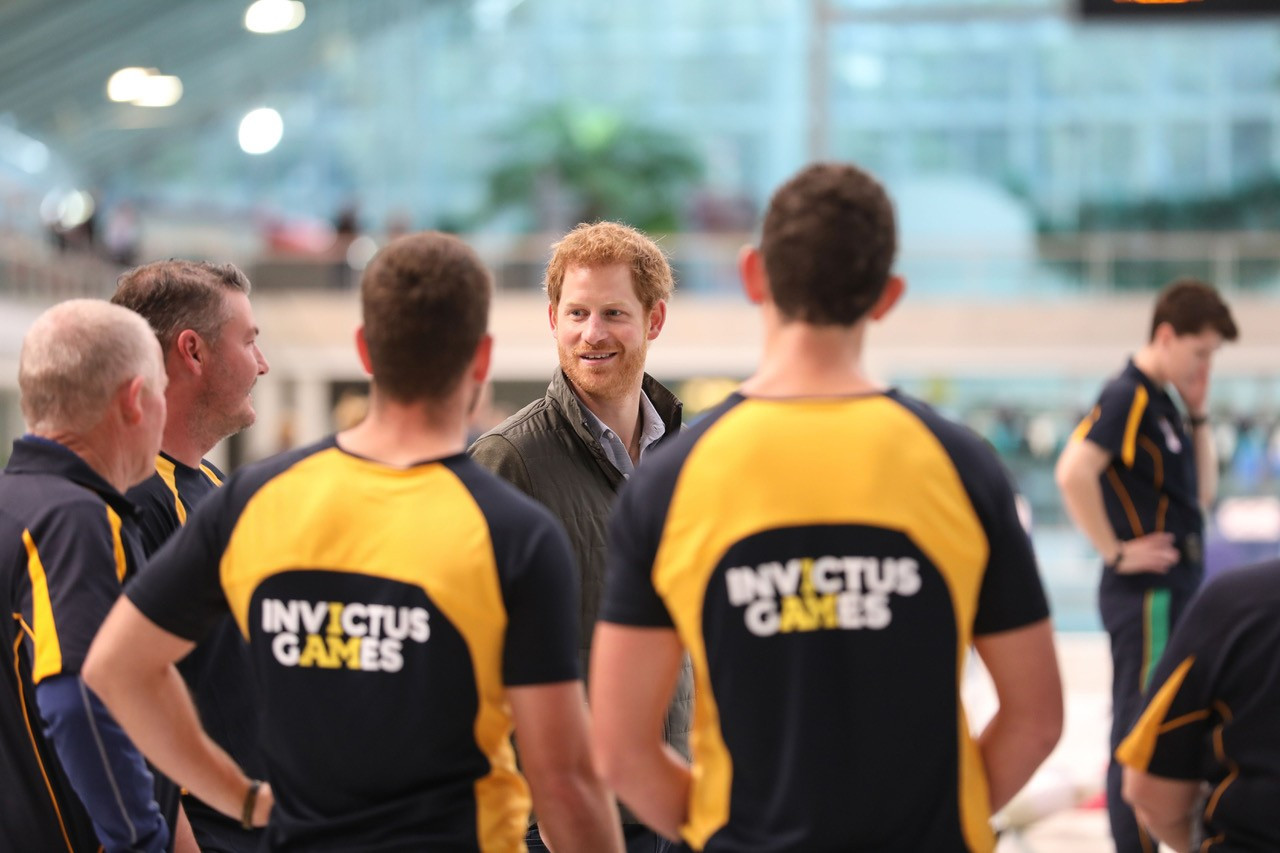 Prince Harry, Duke of Sussex and patron of the Invictus Games Foundation, has applauded the latest initiative in its collaboration with the National Health Service to support NHS staff during the COVID-19 pandemic.

Following the success of a joint health and wellbeing webinar last year which introduced members of the NHS workforce to former Invictus Games competitors, the NHS is working with the Foundation on a series of podcasts using advice and lessons learned by the wider Invictus community to help inspire and support their staff.

Prince Harry, who established and launched the first Invictus Games for injured military personnel in 2014, said: "For a year now, NHS workers have been engaged in a new kind of battle.

"They have consistently set aside their own physical and emotional health in the service of others.

"This service and sacrifice resonates deeply with so many in the Armed Forces community.

"With this ongoing project, we know that the NHS and Invictus communities will learn from each other, support each other, and lead conversations that everyone can draw from.

“It is from these shared experiences I hope people can find strength, compassion, and understanding, and the inspiration they need for their own recovery and resilience."

Earlier this month Prince Harry donated the damages won from a court case against tabloids Mail on Sunday and MailOnline to the Invictus Games as it was announced this year's event has been postponed to 2022.

Prerana Issar, chief people officer for NHS England and NHS Improvement said: "This partnership offers practical support to further complement the already extensive help available for our hard-working staff from the mental health hotline exclusively for NHS workers, through to access to health and wellbeing apps which thousands of staff have already benefitted from."

Dominic Reid, chief executive of the Invictus Games Foundation, said: "We’ve seen how the power of sport can help the recovery journey of service personnel post-trauma.

"By taking some of the lessons learnt over the last few years, these conversations really bring to life the different support mechanisms that are useful for everyone to take a little inspiration from.

"We’re proud to be partnering with the NHS for this project."

In the podcast, he addresses the challenges of both working away and potential feelings of disconnection before then returning to the family unit.

Delivered by the Invictus Games Foundation, these stories range from using sport and exercise to recover from injury, to restoring a sense of purpose, to the importance of forming supportive networks with colleagues.

The podcast conversations between presenter and former soldier Michael Coates are shared from the military community, featuring Glenn Haughton, the Armed Forces mental health champion, Emanuel Ansah (Manny), a Commonwealth soldier from the Royal Army Medical Corporation, Ibrah Ali (Ibi) who joined the British Army completing operational tours in Iraq, David Wiseman who served in the infantry in both Iraq and Afghanistan, Dave Henson with operational service in the Royal Engineers, Royal Marine John James (JJ) Chalmers and Ellie Marks, from the US Army.

The podcasts form part of a comprehensive support package that is available to all NHS staff during the pandemic, including access to dedicated professionally-led helplines, free access to a range of mental health apps, coaching sessions and other mental health and wellbeing support.

To date, the national support offer put in place by NHS England and NHS Improvement has been accessed more than 700,000 times by healthcare workers across the NHS since its launch in March 2020, and this number continues to grow.

A trailer for the first podcast can be previewed here