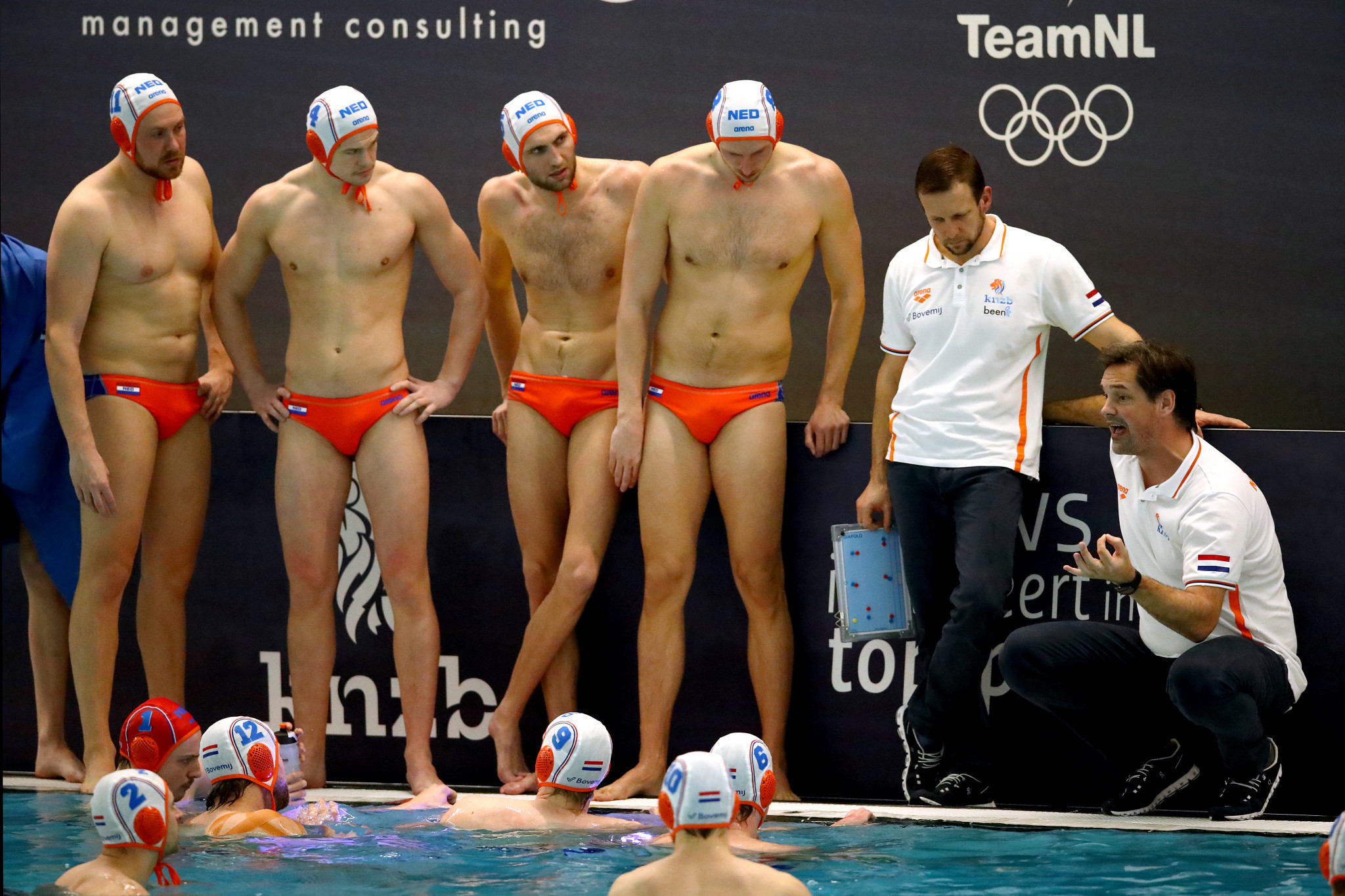 After coming through a winner takes all final group match against Romania yesterday, France were involved in another dramatic encounter, this time against Greece.

Greece were favourites heading into the contest following an emphatic win against the same opponents during a recent World League European preliminary match.

With more at stake on this occasion, things played out differently at the Zwemcentrum in Rotterdam with France going on a six goal unanswered streak during the second and third quarters.

Despite the French taking the lead with the Greeks scoring three unanswered goals to force penalties.

Greece were deadly in the shoot-out scoring all four penalties while their keeper Emmanouil Zerdevas came up with two saves to help them to a 17-14 win.

In the day’s opening game it was defeat for the hosts as they came up against Montenegro who raced into an early five goal lead.

The Netherlands stayed in touch but a three goal blitz in 111 seconds early in the final quarter gave Montenegro the breathing space to complete win.

The Dutch were completely shut-out in the final period as Montenegro completed a 13-7 victory.

A five goal streak in the first half gave Croatia a big lead that they never looked like losing as they eventually ran out 15-6 winners.

The day’s final contest also went with the form book as Russia enjoyed a convincing win over Canada.

Russia opened up a five goal advantage in the second period but Canada stayed in touch, although five goals in the final period helped the Russians pull away and seal a 17-9 win.

The semi-final matches are scheduled to take place tomorrow with Montenegro up against arch-rivals Croatia and Greece taking on Russia.

Earlier in the day two classification matches are due to take place with the Netherlands facing Georgia and France up against Canada to decide places five to eight.

The top three sides at the end of the tournament, scheduled to conclude on Sunday (February 21) will qualify for the Tokyo 2020 Olympic Games.

The Tokyo 2020 water polo competition is due to run from July 24 to August 8, with matches set to be held at the Tatsumi Water Polo Centre in Tokyo.