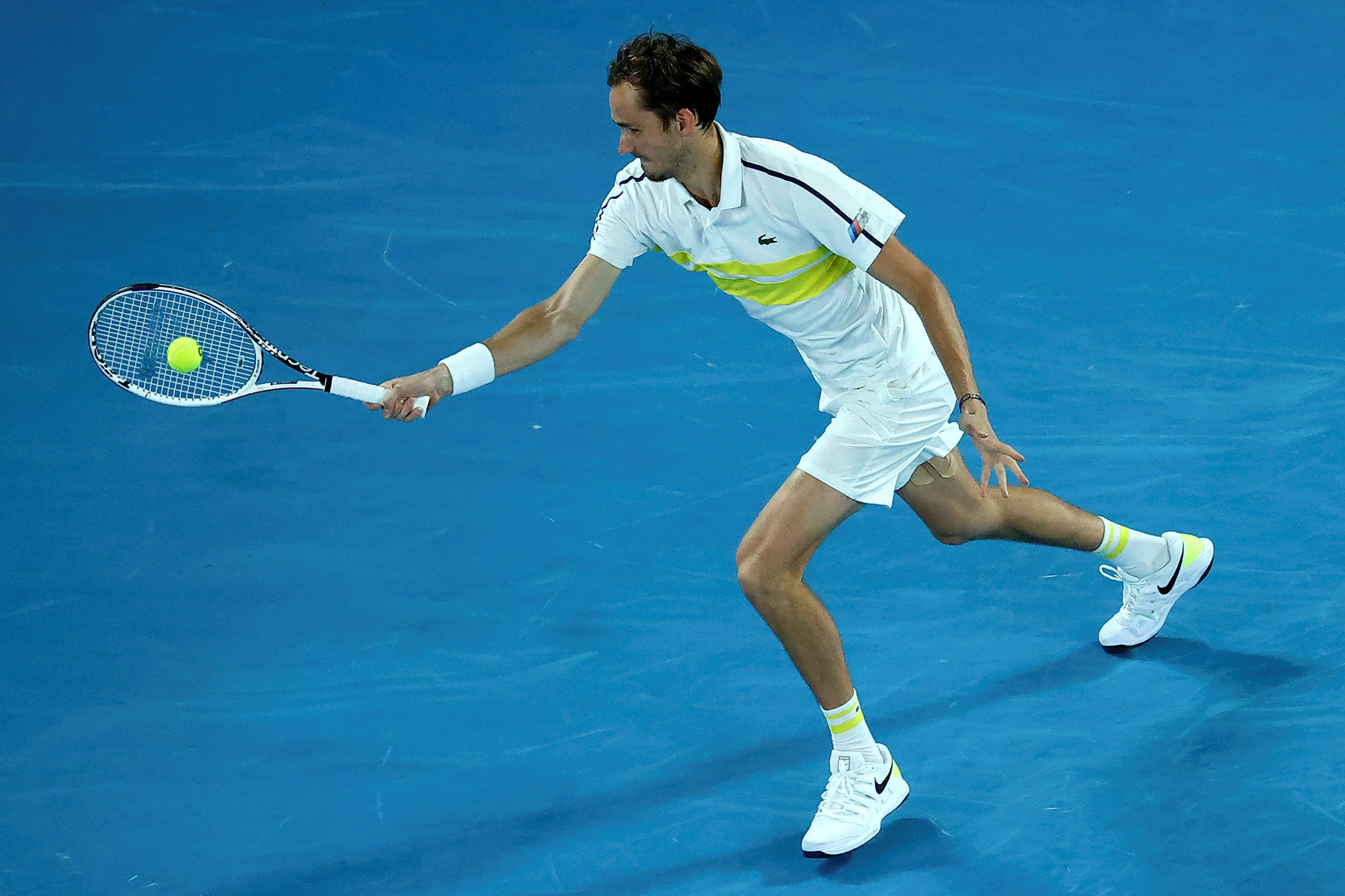 Russia's Daniil Medvedev will seek to earn his first Grand Slam title when he meets Novak Djokovic in the Australian Open men’s singles final after he overcame Greece’s Stefanos Tsitsipas in the last four in Melbourne.

The 25-year-old had previously won five of his six meetings with Tsitsipas and took control of the semi-final by breaking first at the Rod Laver Arena.

Medvedev overcame a blip when serving for the first set to claim the opener 6-4, before dominating to take the second 6-2.

Tsitsipas had come from two sets down against Spain’s Rafael Nadal to secure a dramatic victory in the quarter-finals and showed similar resistance against Medvedev.

He was unable to produce a repeat performance as Medvedev ultimately won a hard-fought third set to seal a 6-4, 6-2, 7-5 victory.

Medvedev, who has now won 20 matches in a row, will compete in his second Grand Slam final after losing the showpiece match at the 2019 US Open to Nadal.

He will face a tough challenge against Djokovic, who is seeking to win the Australian Open for the ninth time in his career.

"It was my first Grand Slam final against one of the greatest," Medvedev said on-court after the semi-final.

"I’m going to come against one of the other greatest."

Should Medvedev triumph on Sunday (February 21) he would be the first Russian to win a men’s singles Grand Slam title since Marat Safin, who won the Australian Open in 2005.

Osaka will start as the favourite against Jennifer Brady, who has reached a Grand Slam final for the first time.

The mixed doubles final will also be contested tomorrow as Australia’s Samantha Stosur and Matthew Ebden go up against the Czech Republic’s Barbora Krejčíková and United States’ Rajeev Ram.