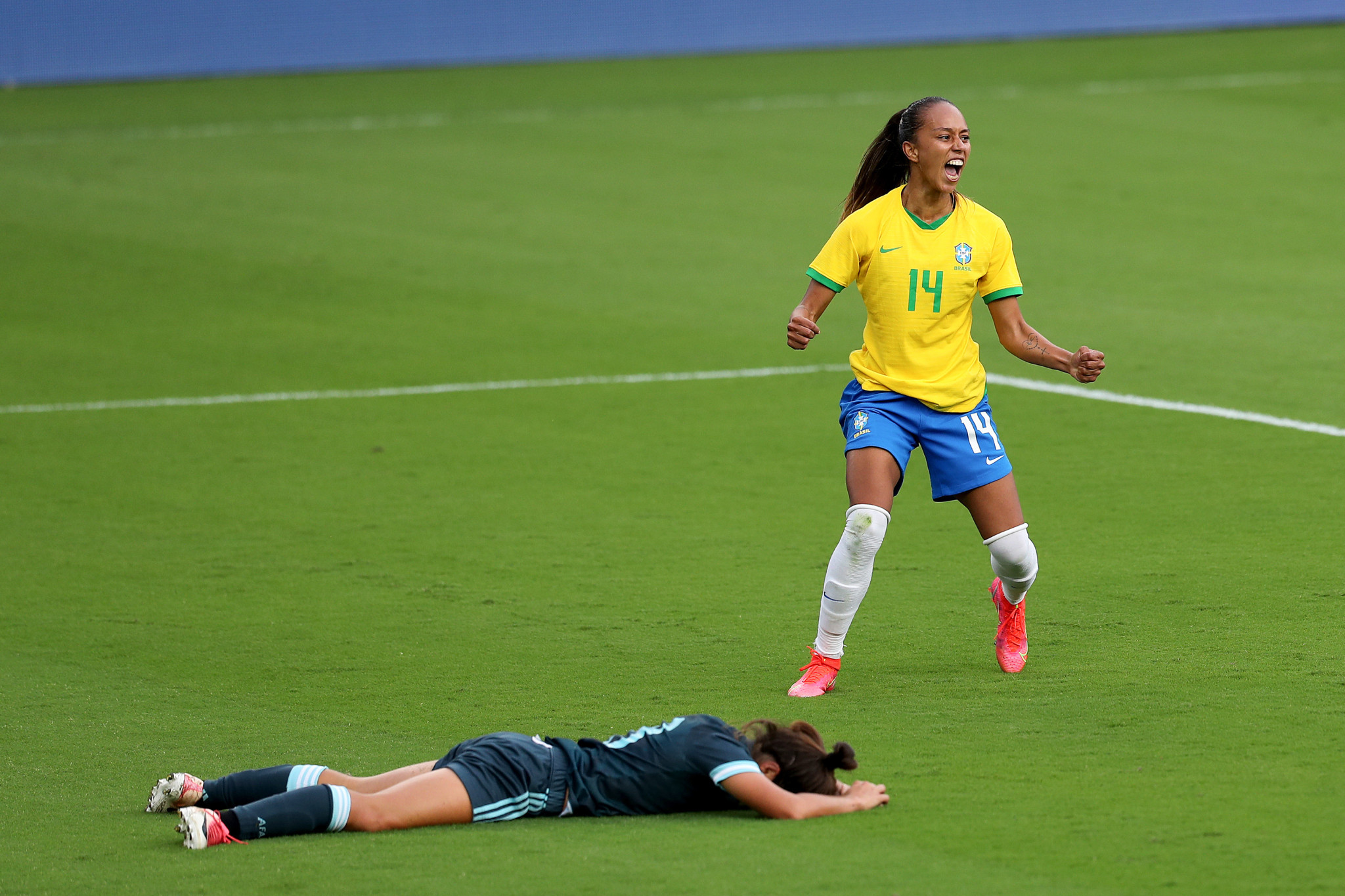 Brazil swept aside weakened archrivals Argentina 4-1 in the opening match of the SheBelieves Cup, with Marta scoring her 109th international goal in the process.

Already facing an uphill battle, Argentina were without four players after one tested positive for COVID-19, another returned an inconclusive test and two were deemed high-risk contacts.

They did their best to frustrate Brazil once the game began in Orlando, but when Adriana was brought down in the Argentina box in the 29th minute, Marta stepped up and converted the resulting penalty - but only just.

Argentina goalkeeper Solana Pereyra called Marta's bluff and stayed in the middle of the goal, but could not keep out the low shot.

It was 1-0 at the interval, but two goals within nine minutes of the restart put the result beyond doubt.

Debinha first capped off a nice team move with a smart finish, before Adriana added her first international goal following a surging run through Argentina's backline.

Substitute Mariana Larroquette snuck in at the back post to head in an Argentina goal, but Geyse Ferreira restored Brazil's three-goal advantage with a powerful strike.

World champions the United States edged out Canada 1-0 in the day's later game at Exploria Stadium.

Rose Lavelle scored the only goal 11 minutes from time as the US extended their unbeaten run to 35 matches.

The tournament resumes on Sunday (February 21) when the US take on Brazil and Argentina entertain Canada.