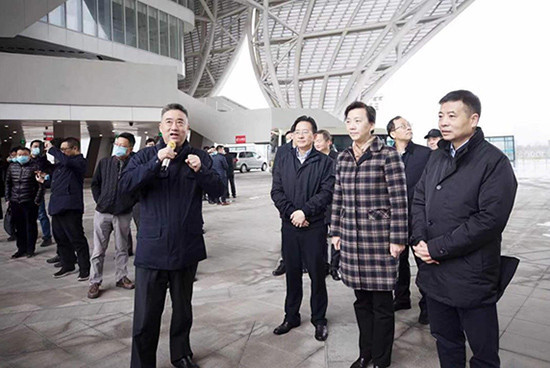 The vice-governor of Zhejiang Province, Wang Wenxu, has toured venues which will be used at next year's Asian Games in Hangzhou.

She visited the focal site of the Games in the Chinese city - the Hangzhou Sports Park Stadium - as well as the Asian Games Village.

Chen Weiqiang, the deputy secretary general of the Hangzhou 2022 Organising Committee and the vice-mayor of the Chinese city, joined Wang on her tour.

Reports were given on the progress at the venues and discussions were held on ensuring holiday time for migrant workers.

More than 10,000 athletes are expected to compete between September 10 and 25, with 40 sports on the programme.

It will be the third time that China has hosted the Asian Games, after Beijing in 1990 and Guangzhou in 2010.

The 19th edition of the Games are due to be followed by the Asian Para Games between October 9 and 15.