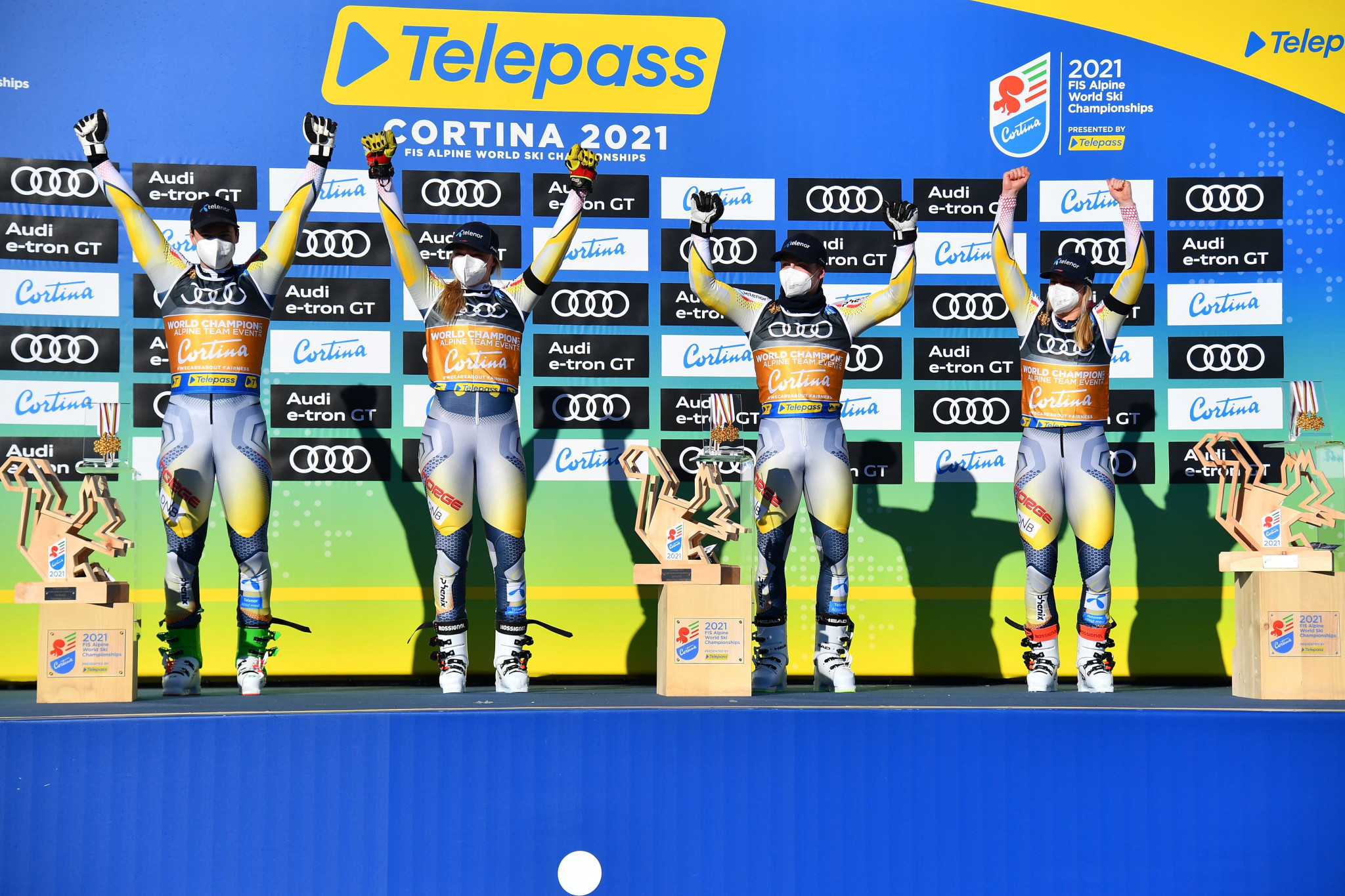 The quartet overcame Japan and the United States in the opening rounds of the competition to progress to the semi-finals, where they saw off the challenge of Switzerland.

Stjernesund gave Norway the perfect start to the final against Sweden as she beat Estelle Alphand by 0.51 seconds.

A re-run was required in the race between Foss-Solevåg and Sweden’s Kristoffer Jakobsen with the two skiers having come close to colliding.

The race jury ordered the race to be conducted again, with Foss-Solevåg emerging as a narrow winner by 0.05.

Sara Hector gave Sweden their only win in the big final, as she beat Riis-Johannessen by 0.7.

On the strength of the Norway team:
“Yeah it’s nice that we’re still a small but a strong team. We showed them that we are strong without big stars here too so it’s really fun for the whole team.”@fisalpine pic.twitter.com/7QIPx2F4Nq

Solheim secured the gold medal for Norway as he triumphed by 0.49 against Mattias Roenngren.

The small final ended level at 2-2, with the bronze medal awarded based on the quickest overall time.

Germany’s Emma Aicher, Stefan Luitz, Andrea Filser and Alexandre Schmid finished as the bronze medallists, ending on a time of 44.55.

Defending champions Switzerland finished with a time of 44.67.