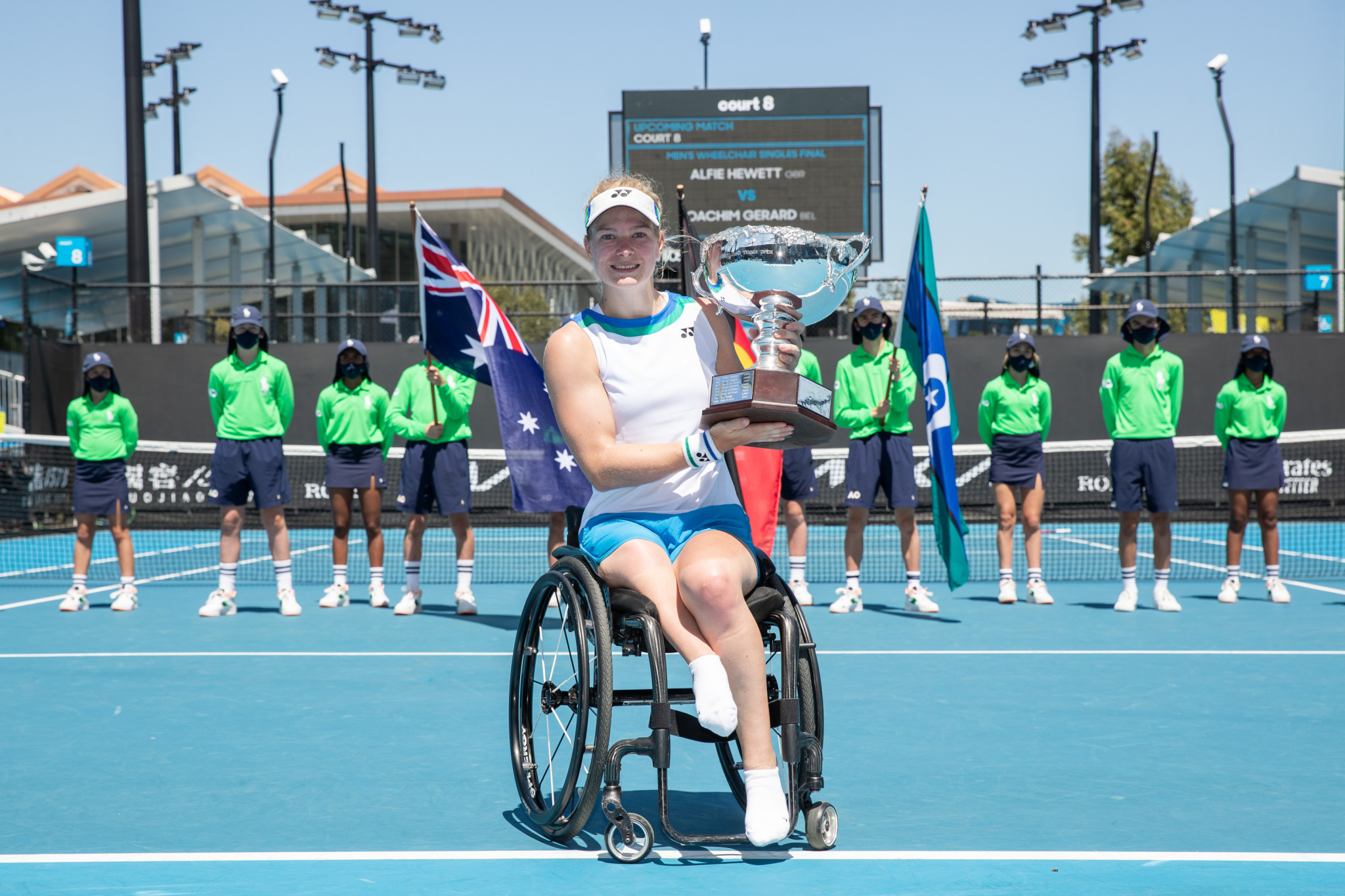 Diede de Groot of The Netherlands, already a winner at the Australian Open in the women’s wheelchair doubles, has added the singles title thanks to a tight, three-set victory over defending champion Yui Kamiji.

The number one seed this year, De Groot has now won the Australian Open singles title on three occasions.

Alfie Hewett, who had successfully defended the men’s doubles title with fellow Briton Gordon Reid, was also hoping to add a singles title, but those hopes were ended by Joachim Gérard.

Home player Dylan Alcott, who won the quad doubles final with compatriot Heath Davidson yesterday, also completed a double as he followed up by earning his seventh successive singles title today with a 6-1, 6-0 win over Sam Schröder of The Netherlands.

In his post-match interview - in an arena empty due to COVID-19 restrictions - the 30-year-old who is also a top class wheelchair basketball player declared: "I don’t know how many more I’ve got left in me, but maybe I’ll have to do one more…"