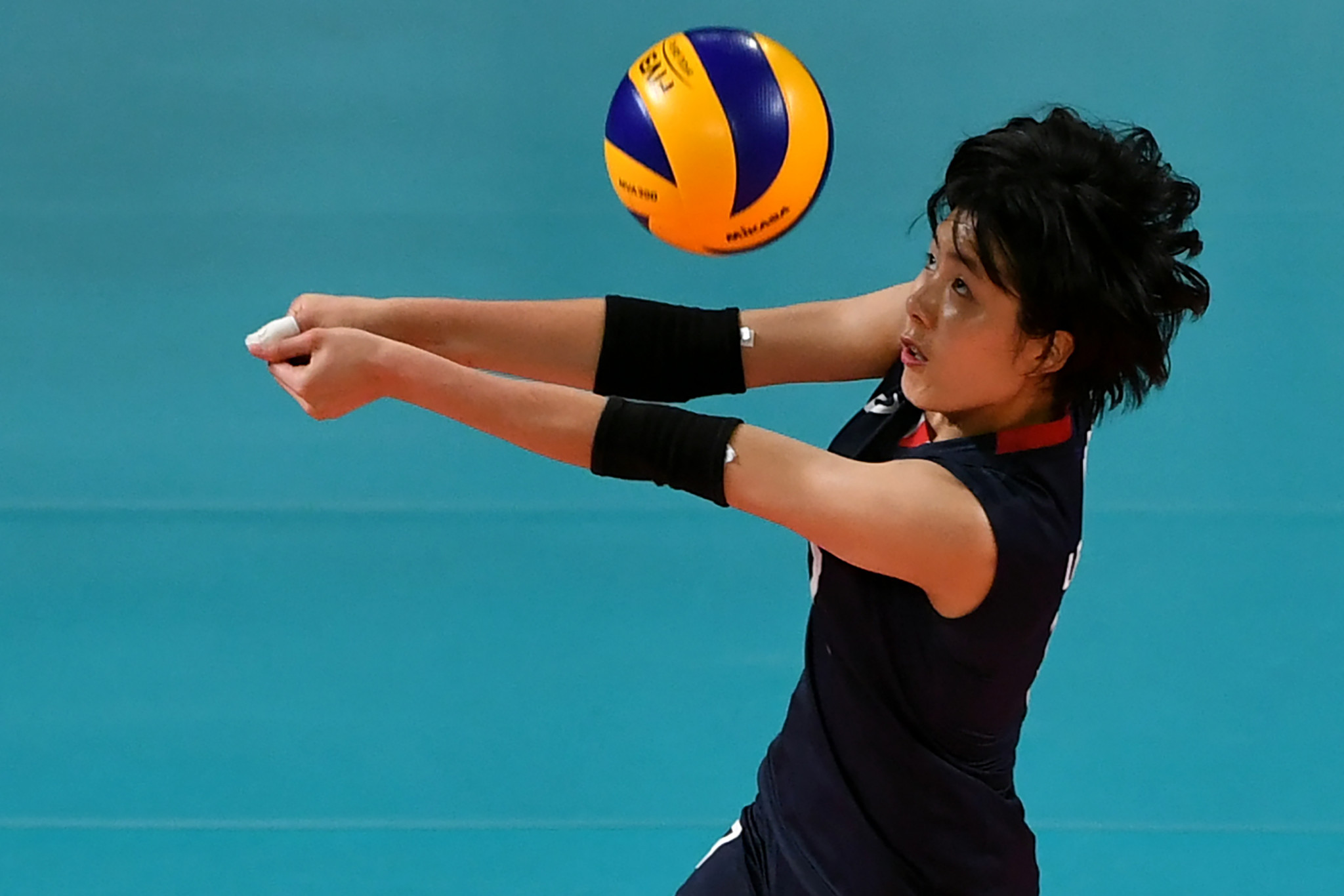 The 24-year-old siblings have been suspended from the national team for an "unspecified period" following a series of claims, according to Yonhap.

An online poster claiming to be a former middle school team mate of the pair accused the sisters of "threatening with a knife", physical violence and stealing money.

Twenty-one allegations were made in all with the number of victims reportedly four.

Other claims include that they ordered younger classmates to do laundry.

The Lees have also been suspended by their club side, the Heungkuk Life Pink Spiders who play in the country's V-League.

A former classmate alleged he had been assaulted by Song in high school and by Sim in middle school.

Neither will play any part for the remainder of this season, their club side Ansan OK Financial Group Okman said.

Volleyball is the latest sport to be dragged into South Korea's sporting abuse scandal.

In July, South Korean triathlete Choi Suk-hyeon took her own life after enduring years of physical and verbal abuse from her coaching staff.

Former national speed skating coach Cho Jae-beom was then jailed for 10-and-a-half years last month for sexually assaulting double Olympic gold medallist Shim Suk-hee, while three curling officials, including the coach of the quartet that won the silver medal at the 2018 Winter Olympic Games in Pyeongchang, were banned for life for abusing the women's team.

A survey in March 2019 found that 37.7 per cent of women in professional football, baseball, basketball, volleyball and golf had been subjected to some form of harassment, but only 4.4 per cent had reported their case.

The Lees apologised on social media after the Pink Spiders were criticised for saying the twins would take time off to "regain their emotional and physical well-being".

They admitted their "irresponsible behaviour in the past" while Song and Sim also said sorry.

Both Lee Jae-yeong, an outside spiker, and Lee Da-yeong, a setter, were part of the South Korean team which booked their place at this year's postponed Tokyo 2020 Olympics through the Asian qualifier in Thailand in January 2020.

They both won Asian Games gold on home soil in Incheon in 2014.

South Korea have been drawn with hosts Japan, Serbia, Brazil, Dominican Republic and Kenya in Pool A of the Tokyo 2020 tournament.

"We are very sorry and feel deeply responsible for disappointing everyone who loves volleyball," the Pink Spiders said in a statement.

"School violence is something that should never happen, and it cannot be tolerated for any reason."