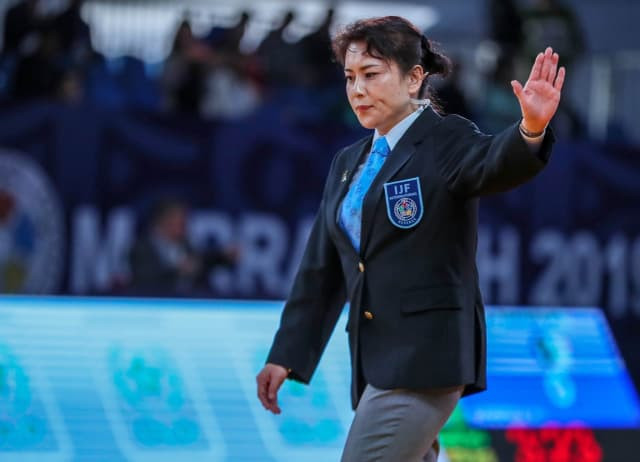 The International Judo Federation (IJF) has announced the referees chosen to officiate at the postponed Tokyo 2020 Olympics and Paralympics.

Sixteen referees have been chosen for the Olympics.

"I think we have found the best referees of the moment," said the IJF's head refereeing director Juan Carlos Barcos.

"For more than two years, we have been working on it and for that we have set up a ranking system, which helped us a lot in our choice.

"At the Olympic Games, we need people with experience.

"Over the past months we have taken a close look at all applicants for a place on the refereeing team.

"We have paid particular attention to the commitment and involvement, which must be total.

"We had to keep in mind that only one referee per country was possible.

"What we looked at above all was quality of the work provided.

"With the members of our Committee and the experts who accompany us all year round, we have set up a very high quality list.

"It is an honest and serious team who has a deep knowledge of the refereeing rules and who will be totally dedicated to the designation of the right winners.

"Within that we note that the list is balanced, with representation of the highest standards across the continents and genders."

"A few years ago, the IJF and IBSA signed a Memorandum of Understanding to work together across several sectors, including refereeing matters," said Tardos.

"The refereeing commissions of the IJF and IBSA have been working hand-in-hand for a long time and we were able to select a list of referees that we can be proud of.

"We have the best referees possible for our event.

"The judo rules are of course exactly the same but our referees need special knowledge for working with visually impaired athletes effectively and sometimes also deaf people athletes.

"With full support of the IJF, its President Marius Vizer and the IJF Refereeing Commission, we have selected the best referees for Tokyo.

"We still have two qualification events to take place before the Paralympic Games and our group of referees will be there, ready."

The Tokyo 2020 Olympics are scheduled to take place from July 23 to August 8 this year, having been postponed from 2020 due to the COVID-19 pandemic.

The Paralympics are scheduled to take place from August 24 to September 5.