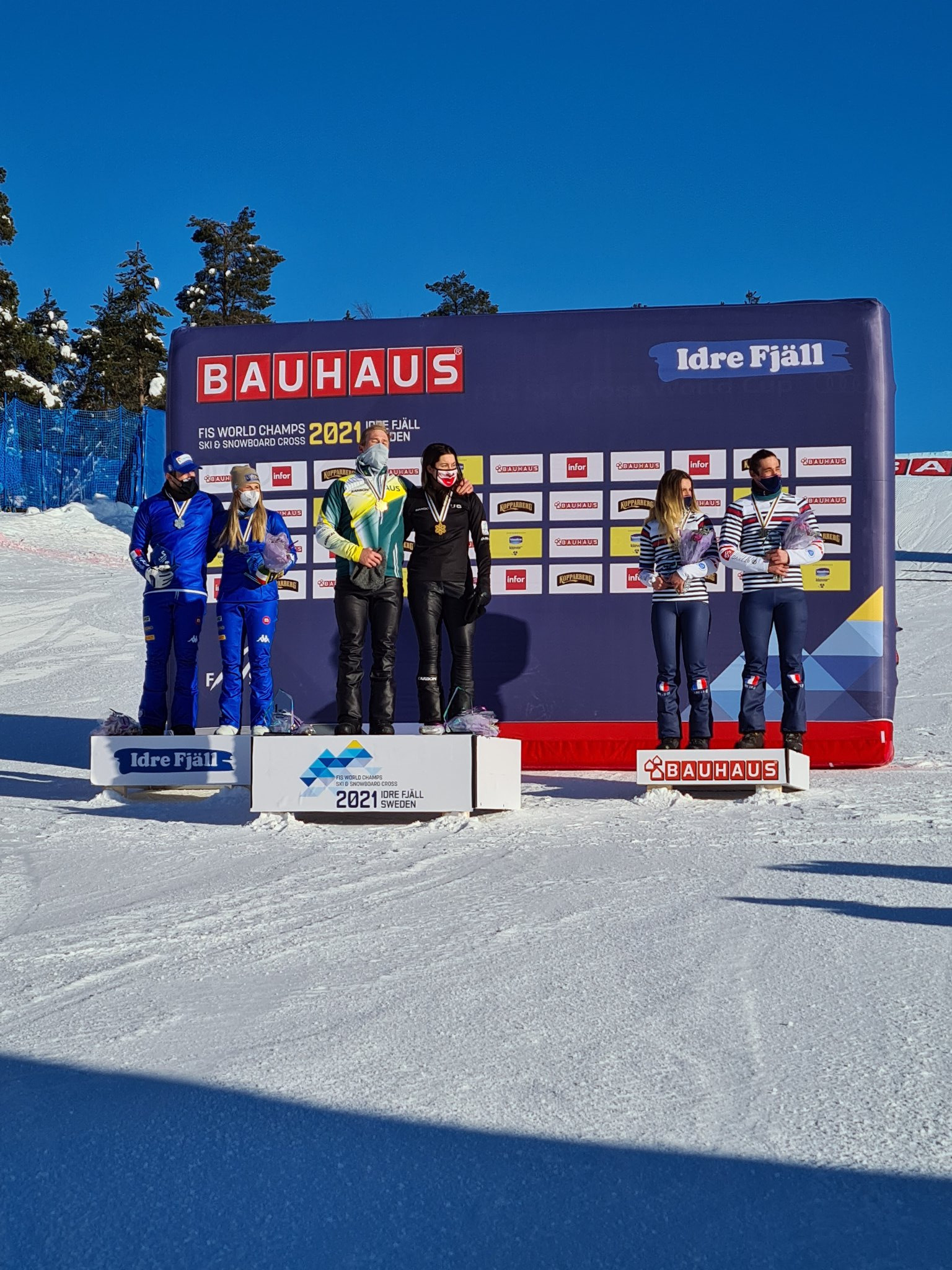 Australia's Belle Brockhoff and Jarryd Hughes have been crowned the team world champions in snowboard cross at the International Ski Federation Ski and Snowboard Cross World Championships in Idre Fjäll in Sweden.

Brockhoff gave the pair a large lead in the women's final, handing Hughes an advantage of close to a second - enough to win the gold medal.

The American pairing of Hagen Kearney and Faye Gulini were fourth.

Both Brockhoff and Hughes claimed their first world gold medal with their victory, with Hughes adding to his silver medal he won in the individual event at the Pyeongchang 2018 Winter Olympics.

In the small final, Czech Republic's Jan Kubicik and Eva Samková finished fifth overall, ahead of the Italian pair of Omar Visintin and Raffaella Brutto in sixth.

Austria's Jakob Dusek and Pia Zerkhold and Canada's Liam Moffatt and Zoe Bergermann both failed to finish and were classified in seventh and eighth, respectively.

Tomorrow is the last day of competition in Idre Fjäll, when the individual ski cross finals are set to take centre stage.