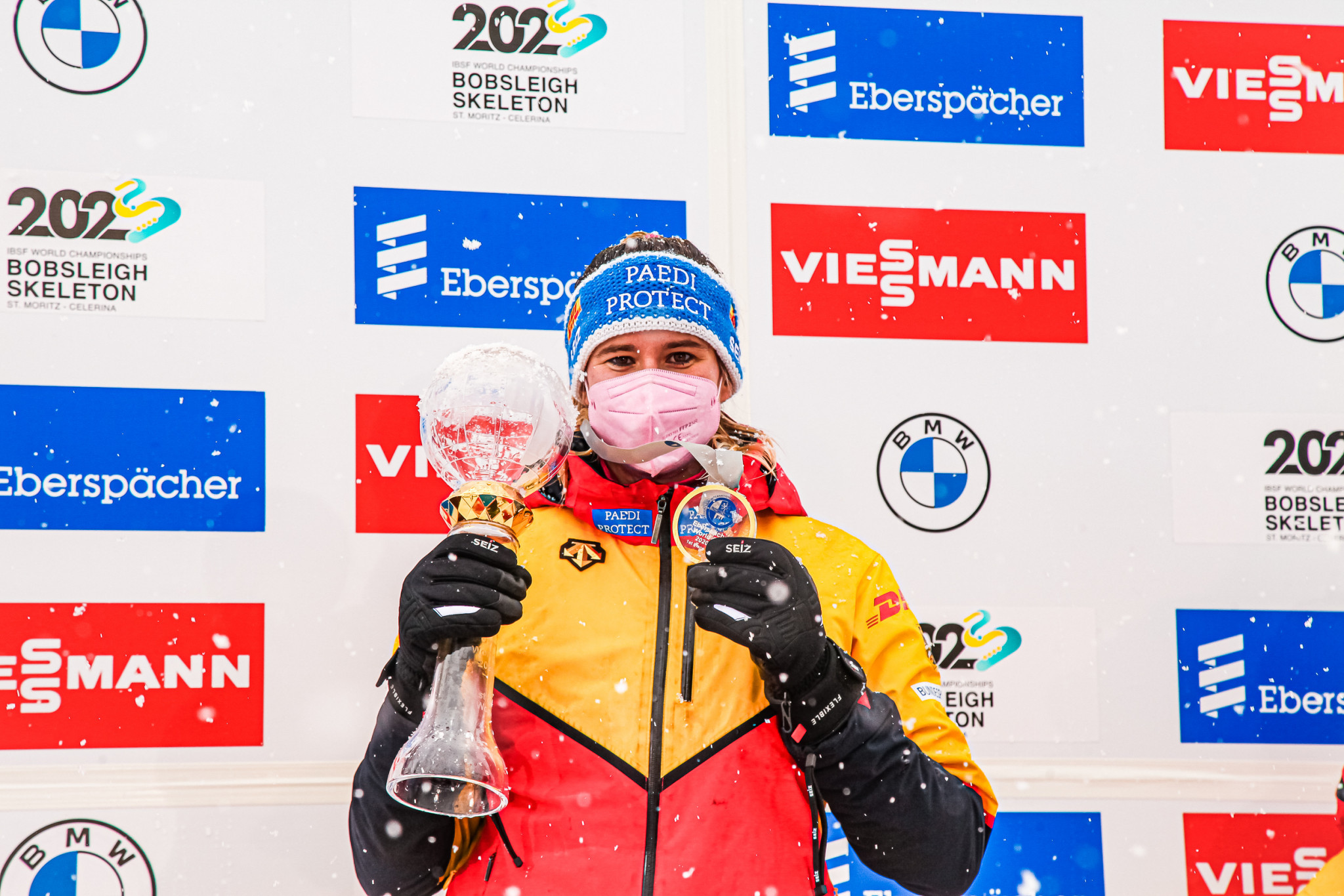 The four-time Olympic gold medallist only returned to competition last November after giving birth in May.

She claimed two victories this season and finished as runner-up nine times.

"If someone had told me in the summer that I would win the overall World Cup as well as a silver medal at the World Championships, I would have taken it immediately," Geisenberger said.

"I can be very proud of how it all went.

"Not only athletically, but that I am also suited as a mother.

"However, without the support of my husband and parents, I wouldn't be able to manage anything like this."

Elīna leva Vītola of Latvia earned the first World Cup victory of her career in today's race, recording a time of 1min 53.618sec in heavy snowfall.

Germany's reigning world champion Julia Taubitz was second in 1:53.870, while Natalie Maag of Switzerland was third in 1:53.897.

The poor weather conditions in the Swiss resort resulted in the cancellation of the final team relay event of the season.

"The team relay is another story in terms of safety and a false triggering of the start gate due to the snowfall is a safety risk we don't want to take."

Germany were subsequently crowned winners of the World Cup title in the discipline on 415 points.

Russia finished second on 385 points, with Latvia third on 330.