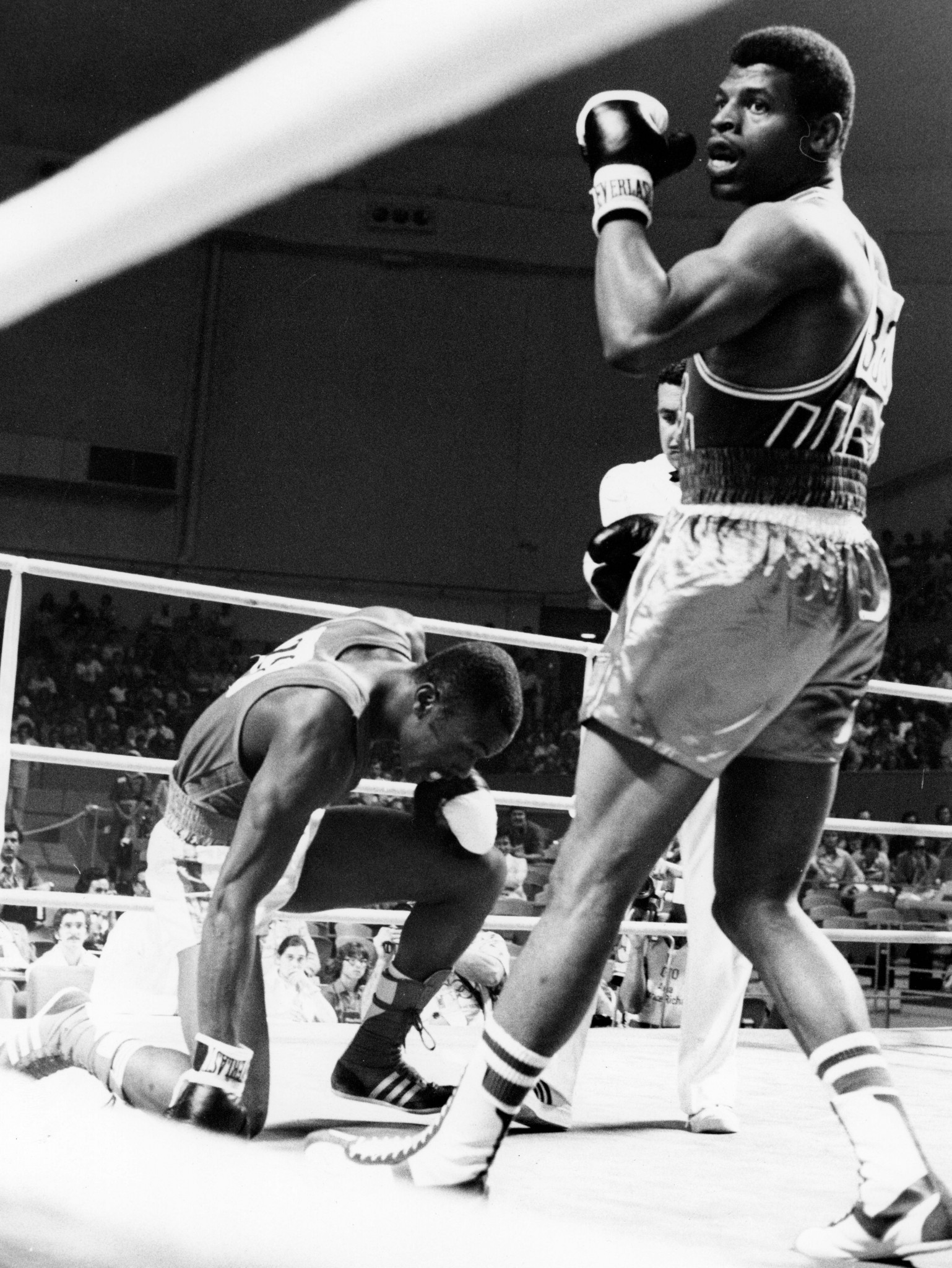 The American, who famously defeated Muhammad Ali 18 months after winning gold at Montreal 1976, has passed away after battling various health issues in recent years.

Spinks was diagnosed with prostate cancer in 2019.

His wife, Brenda Glur Spinks, was by his side along with "a few close friends and other family" members allowed due to coronavirus restrictions, according to his management.

"His final fight was fought with the same skill, grace and grit that had carried him through so many lifetime challenges," a statement read.

"Showing true Spinks determination, he never threw in the towel."

Spinks demonstrated his talents when he clinched bronze at the inaugural International Boxing Association World Boxing Championships in 1974.

His amateur career also saw him win silver at the Pan American Games in 1975 and gold in the light heavyweight competition at the 1976 Montreal Olympic Games, defeating Cuban Sixto Soria in the final.

After just seven bouts as a professional, Spinks then upset the odds by beating boxing great Ali to clinch the World Boxing Council and World Boxing Association titles in 1978.

His reign as world champion lasted just seven months, though, as Ali gained revenge in a rematch.

Spinks later moved to cruiserweight before hanging up his gloves at the age of 42 in 1995 with a record of 26 victories, 17 losses and three draws.

The statement added: "Leon built a life defined by incredible strength and will to match.

"He was a supreme and powerful athlete, but he was also a loving husband to his wife Brenda, loving father and step-father to his sons.

"He was a devoted grandfather and a friend to those who knew him."