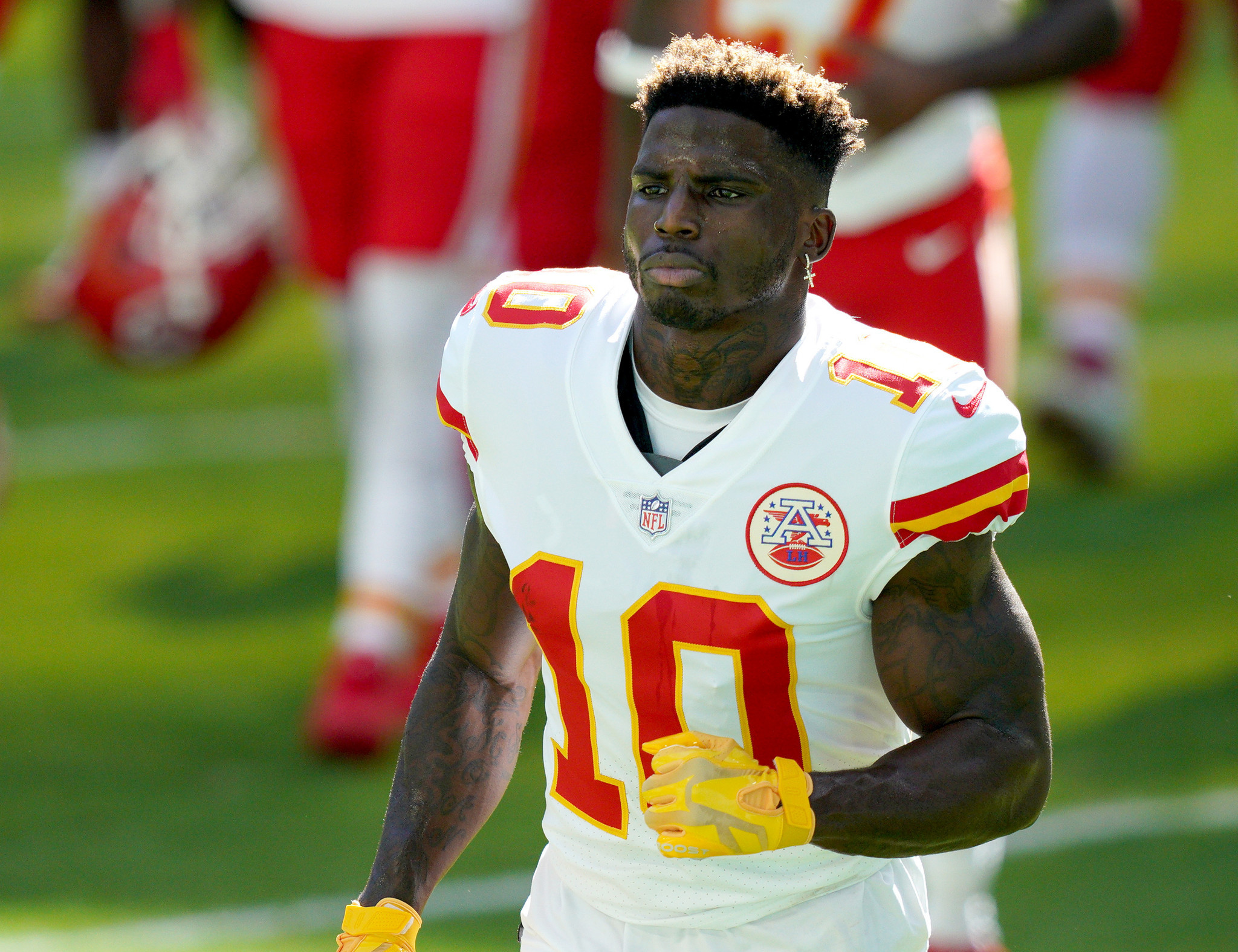 Kansas City Chiefs wide receiver Tyreek Hill has once again stated his ambition to compete at the postponed Tokyo 2020 Olympics in athletics, prior to his appearance in a second successive Super Bowl.

Last year, Hill spoke about his dream to compete at the Olympics and he reiterated his desire in an interview with TMZ.

"It is still an option because it's always been my dream to do multiple sports at the highest level," said Hill.

"It would be amazing - I just want to prove a point and also, I love competing.

In 2020, Hill stated that he would need to lose more than nine kilograms to compete at the now postponed Games, weighing in at just under 80kg, before putting it back on for the start of the new National Football League season in September.

The Chiefs have not commented on this ambition, but Hill would need to register for the United States Olympic Team Trials, which are scheduled for June.

He would only have four months to train for the 100 metres or 200 metres, or both.

Hill earned the nickname "Cheetah" after his rookie year in the NFL in 2017.

To qualify for the US Olympic team, Hill will likely need to run under 20 seconds - with 20.00 only being enough for third at the 2016 Olympic Trials.

When selected by the Chiefs in the 2016 NFL Draft, Hill was only picked in the fifth round.

He has since helped the team win the 2020 Super Bowl and was named as part of the NFL 2010s All-Decade Team as a punt returner - the position he played before being moved to wide receiver.

At the 2021 Super Bowl, the Kansas City Chiefs are set to face the Tampa Bay Buccaneers today.

The Tokyo 2020 Olympics are currently scheduled to take place from July 23 to August 8 after being moved from last year due to the COVID-19 pandemic.