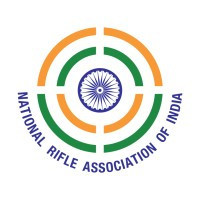 The National Rifle Association of India (NRAI) has banned 22 shooters, including Tokyo 2020 quota winner Yashaswini Deswal, from participating at the National Championships after they took part in an unauthorised online shooting league.

During the country's lockdown in July, the shooters competed in an event organised by former shooter Shimon Sharif, despite the NRAI issuing a notice that the competition was not sanctioned by the governing body.

It also stated that any shooter participating would face disciplinary action.

"The shooters will not be allowed to participate in the 64th nationals, which will be held this year," said NRAI secretary Rajiv Bhatia to the Times of India.

"For Yashaswini, the ban will be applied next year, as she will be preparing for the Tokyo Games this year.

"The shooters were told not to participate in any unauthorised league."

The bans were finalised at the NRAI's Annual General Meeting.

The National Championships are a large part of the the selection process for national teams for Indian shooters.

Deswal was the last of nine Indian shooters who have won a quota spot for the delayed Tokyo 2020 Olympics this year.

The 23-year-old specialises in the 10-metre air pistol and is hoping to build on a successful 2019.

At that year's International Shooting Sport Federation World Cup in Rio de Janeiro, she defeated former Olympic and world champion Olena Kostevych of Ukraine to win the women's gold and a quota place for the Olympics.

The Tokyo 2020 Olympics are scheduled to take place from July 23 to August 8 this year after the Games were postponed due to the COVID-19 pandemic.

Other sports have attempted to ban athletes from events that are not considered "official", although the practice faces legal difficulties.