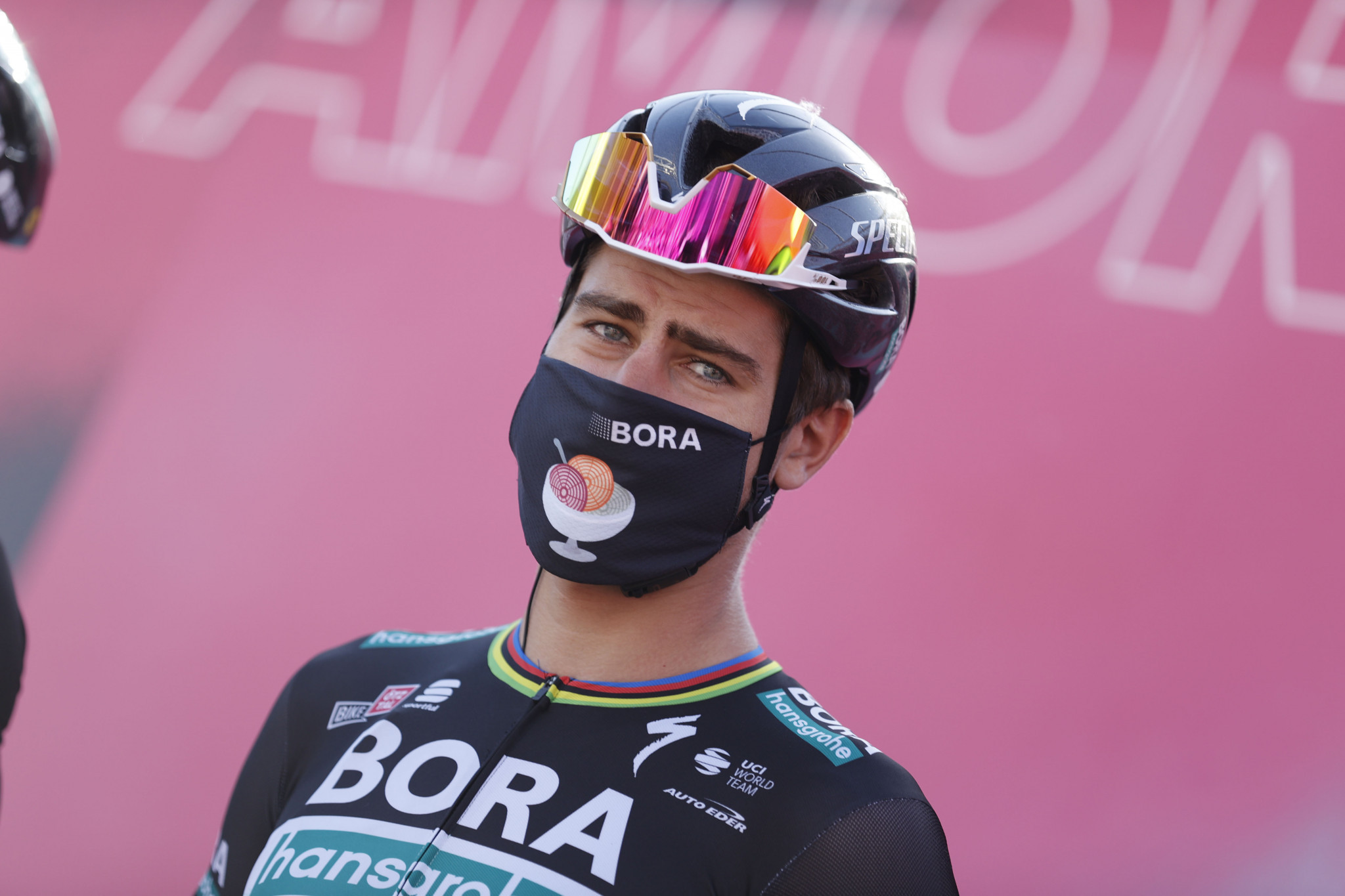 Three-time world champion Peter Sagan is one of three Bora-Hansgrohe riders to have tested positive for COVID-19, the team have confirmed.

Sagan, his brother Juraj and Erik Baska tested positive at a training camp in Gran Canaria.

Bora-Hansgrohe say the three riders are well and currently in quarantine.

"All three are exhibiting mild, general symptoms of illness and at this time are able to remain in domestic quarantine in accordance with state guidelines until they recover.

"There remains close communication with the medical team.

"Once quarantine has been completed, further comprehensive medical evaluations are planned."

Sagan thanked the team and medical department for their full support following the positive test.

The Slovakian star, who won three consecutive road world titles from 2015 to 2017, said he hopes to return to a normal training schedule as soon as possible.

"For a few weeks now, my brother Juraj, our teammate Erik Baska, and I have been training in Gran Canaria," Sagan said.

"On January 29th, we had a PCR test done in a local laboratory in order to be able to fly back home.

"Unfortunately, the results weren't what we would have hoped for and all three of us tested positive for COVID-19.

"We are all feeling well but, obviously, since that day, we have remained in quarantine.

"From the moment we received the positive test results, we have had the full support of the team and I'd like to thank our manager Ralph Denk and our medical department for this.

"Although we are thousands of kilometres away and in isolation, we always felt as if we were right next to them.

"We are kept under continuous remote supervision and will remain here for as long as required.

"Hopefully, our next test results will be negative so that we can resume our normal training schedule as soon as possible."

Denk added that the positive cases had meant there was uncertainty over the three riders’ starts to the season.

Sagan had been due to open his season at Omloop Het Nieuwsblad on February 28.