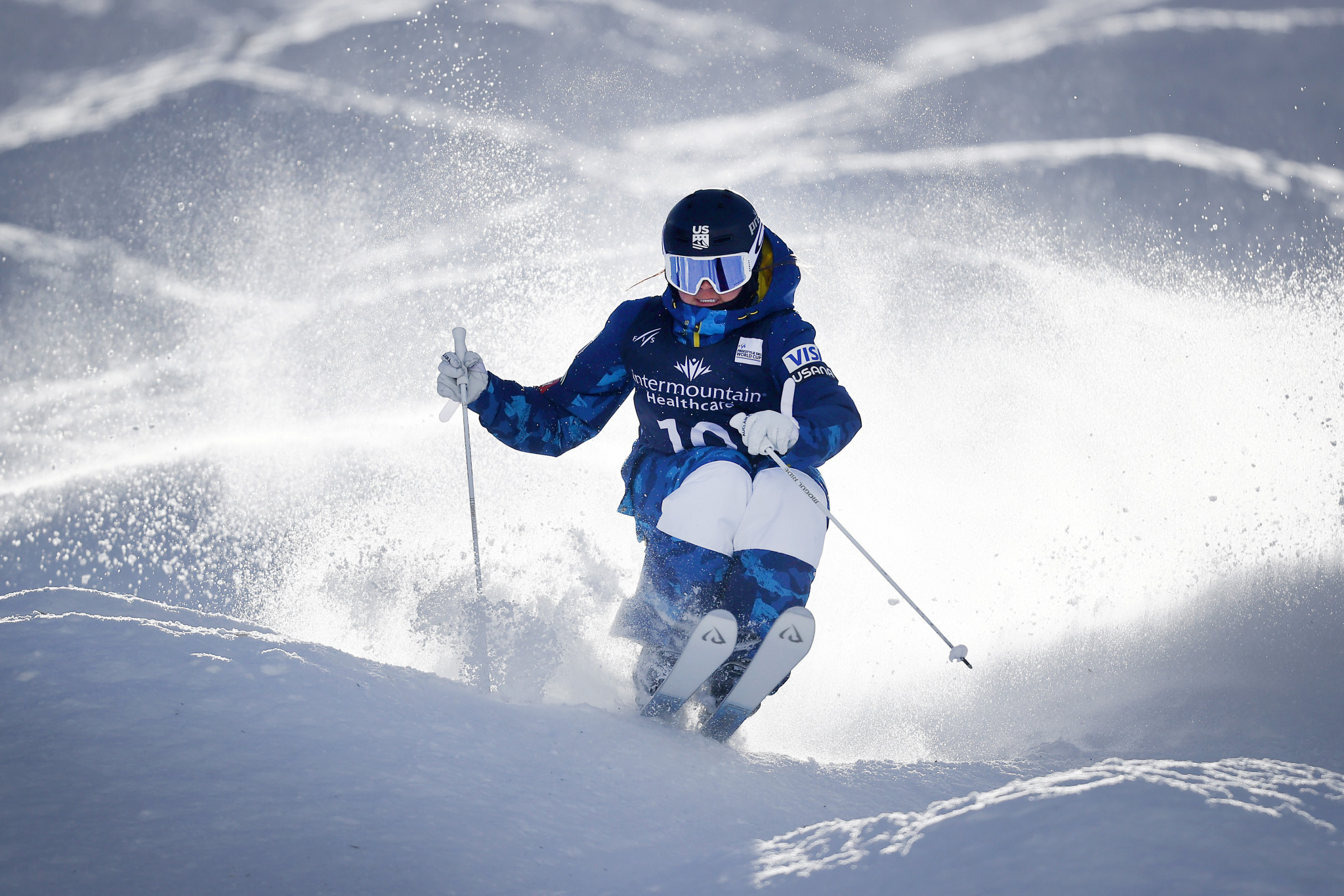 Kingsbury followed up yesterday's moguls victory with another, but was pushed all the way by Benjamin Cavet in the semi-finals.

Cavet of France - second in yesterday's moguls contest - narrowly lost 17-18 to the Canadian in the semi-finals, but went on to beat Japan's Kosuke Sugimoto in the small final.

In the main event in Utah, Kingsbury was judged a 20-15 victor over Australian Matt Graham.

This is the first FIS Freestyle Ski World Cup leg that Kingsbury, the Olympic moguls champion, has competed in since March last year, owing to a back fracture and the coronavirus pandemic.

In the women's contest there was a shock as Perrine Laffont's run of five World Cup wins in a row, which dated back to last season, came to an end.

American Tess Johnson was judged to have defeated the French Olympic moguls champion 18-17 in the quarter-finals, and Johnson went on to finish third.

Fellow American Owens beat Johnson in the semi-finals by the same scoreline.

While Laffont has already secured this season's women's moguls crystal globe, Graham now leads the men's standings on 289 points, with Cavet second on 271.

A dual moguls contest in Almaty in Kazakhstan on March 14 is last on this season's World Cup calendar.

Deer Valley will be the scene of aerials contests tomorrow.