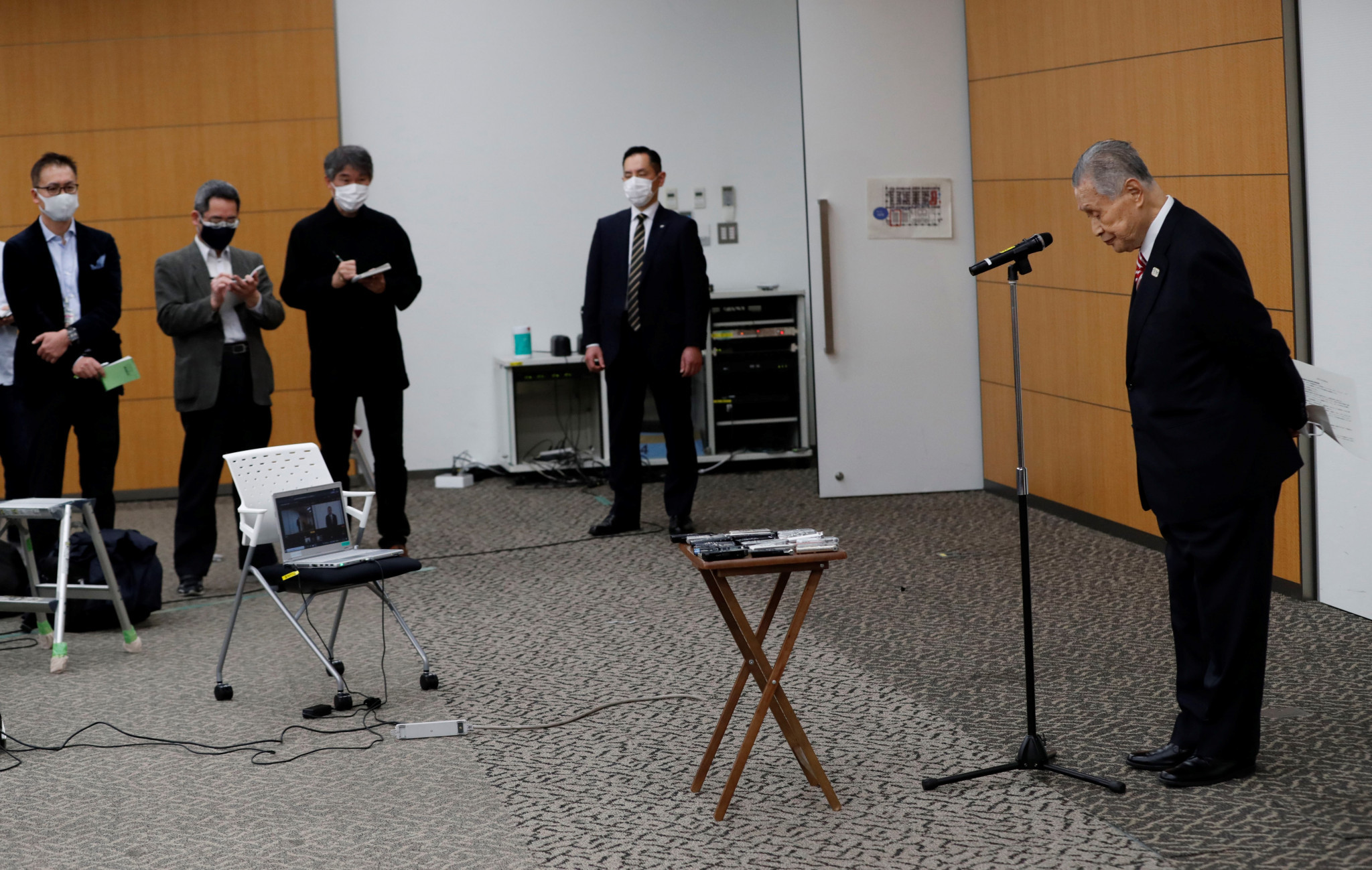 Tokyo Governor Yuriko Koike has described Yoshirō Mori’s comments about women as a "major issue" for the Olympic and Paralympic Games.

Mori, the 83-year-old former Japanese Prime Minister, has faced calls to resign as Tokyo 2020 President following comments he made during a Japanese Olympic Committee (JOC) meeting.

"On boards with a lot of women, the meetings take so much time," Mori said, according to the Asahi Shimbun newspaper.

Mori issued an apology at a press conference yesterday, but the Tokyo 2020 President stopped short of offering his resignation.

Mori, who did not dispute the report in one of Japan's biggest newspapers, said he "was not thinking about resigning".

Koike, Tokyo’s first female Governor, is among those to have criticised Mori for his comments.

"The mission of the metropolis and the Organising Committee is to prepare for a safe and secure Games, and we are facing a major issue," Koike said, according to Reuters.

"I myself was struck speechless by his comments, which should not have been made.

"The IOC is a big organisation that is steeped in history and requires a lot of negotiating, and in that sense, the question of who is qualified for the top job is one that requires a decision by the Tokyo 2020 Organising Committee."

Japan has faced criticism for its gender equality efforts as it ranks 121 out of 153 nations surveyed in the 2020 global gender gap report of the World Economic Forum.

The controversy caused by Mori’s comments comes at a time when the Olympic and Paralympic Games in Tokyo are unpopular among the Japanese public.

A Kyodo News survey last month found 80 per cent of Japanese people want the Games to be cancelled or postponed due to the COVID-19 pandemic.

More than 35 per cent of those surveyed called for the cancellation of the Games and 44.8 per cent said there should be another postponement.

The Olympic Movement has sought to improve gender equality in recent years, with mixed results.

The IOC has said Tokyo 2020 will be the first gender balanced Olympic Games, with 48.8 per cent women’s participation.

The organisation approved a change to Opening Ceremony protocols last year to encourage National Olympic Committees to nominate a female and a male athlete to jointly carry their flag.

The Olympic Movement has been criticised for a lack of female representation in senior roles.

World Curling’s Kate Caithness is the sole woman in charge of a Winter Olympic IF.