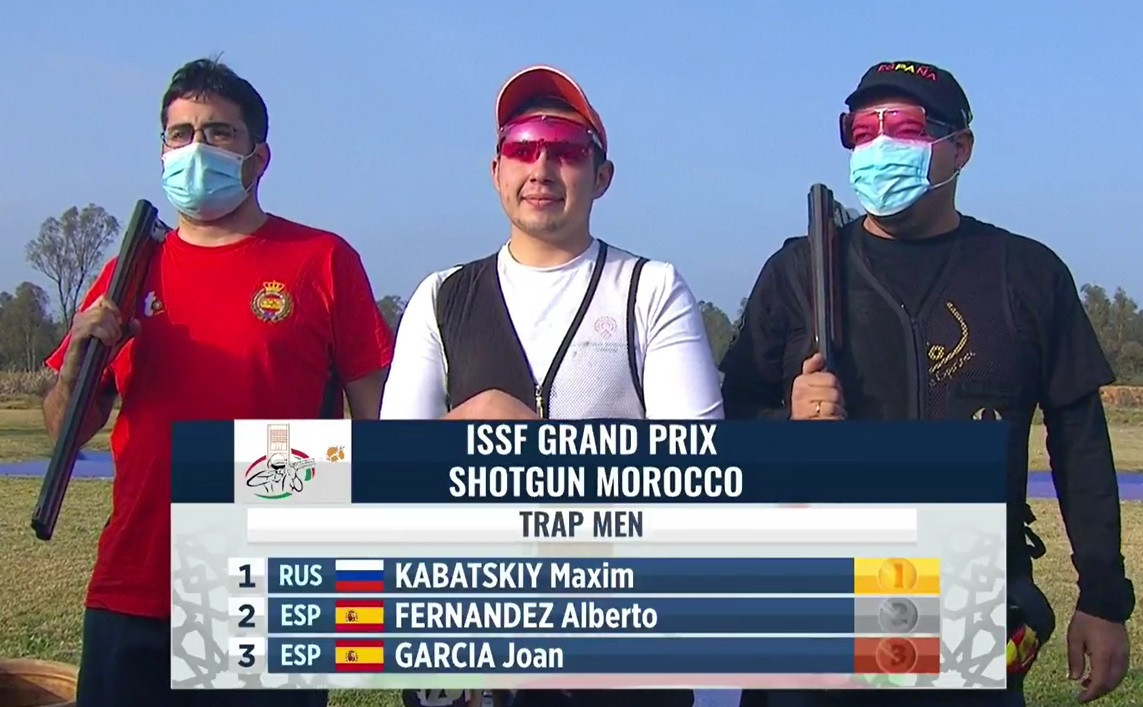 There was double delight for Russia as Maxim Kabatskiy and Ekaterina Subbotina clinched the trap titles at the International Shooting Sport Federation (ISSF) Grand Prix in Rabat.

The men’s final went down to the wire, with Kabatskiy holding his nerve to beat Spain’s Alberto Fernández in a shoot-off in the Moroccan capital.

Kabatskiy and Fernández both hit 45 of their 50 targets to send the contest into a sudden-death scenario.

Fernández went first only to miss the target; Kabatskiy struck to clinch the gold medal.

Joan Garcia of Spain secured bronze with 35 ahead of Egypt’s Ahmed Zaher on 27, Peruvian Alessandro de Souza Ferreira on 25 and Driss Haffari of Morocco on 19.

After 40 shots in the women’s contest, Subbotina and Beatriz Martínez of Spain were joint first with 31 targets hit.

But Subbotina then pulled away from her rival to land gold with 41 while Martínez picked up silver with 37.

Russia’s Daria Semianova joined team mate Subbotina on the podium with a score of 29 to claim bronze.

Her compatriot Iuliia Saveleva, who led after yesterday’s qualification round, was fourth on 22, while Spain's Fátima Gálvez came fifth on 19 and Morocco’s Yasmine Marirhi was sixth on 14.

Competition is expected to conclude tomorrow with a trap mixed team event.

The Grand Prix is the ISSF's first official competition on the African continent in several years.