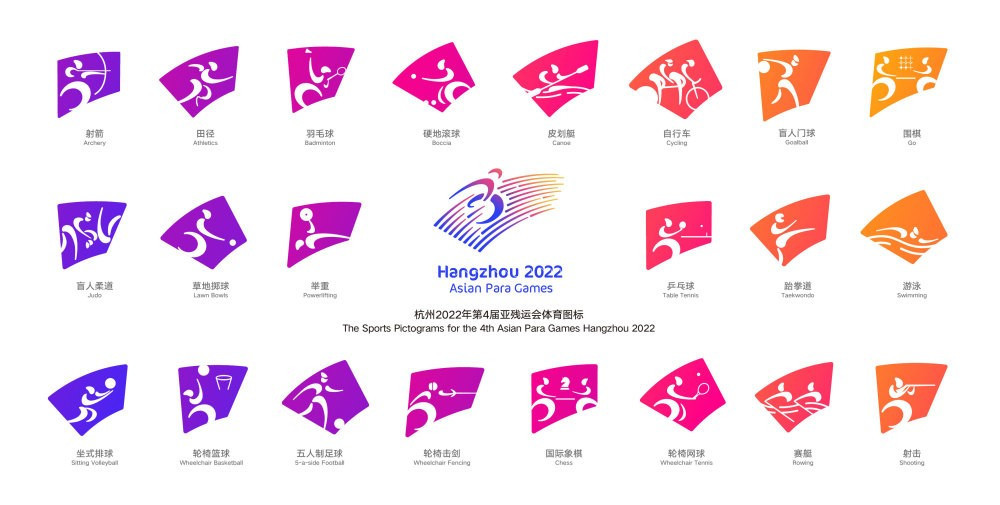 Pictograms have been revealed for the 2022 Asian Para Games in Hangzhou.

There are 22 pictograms in all - one for each of the sports which will be on the programme in the Chinese city next year.

Organisers said the curved designs of the pictograms have been inspired by Hangzhou's Qiantang River and the idea of "standing up to the tide".

The colours - which range between "rainbow purple" and "laurus yellow" - are said to represent "the perseverance, courage and resilience of athletes with disabilities".

They are also the colours of the Mid-Autumn Festival, an important date in traditional Chinese culture which will occur around the time of the Games.

The pictograms will now be used to promote the fourth edition of the Games, which are due to be held between October 9 and 15 next year.

At the Games they will feature at the competition venues.

The event is due to follow the Asian Games in Hangzhou, which are scheduled for between September 10 and 25.

TOP STORY: Birmingham 2022 Board’s diversity issues are a thing of the past after move in a "positive direction", Agbeze claims