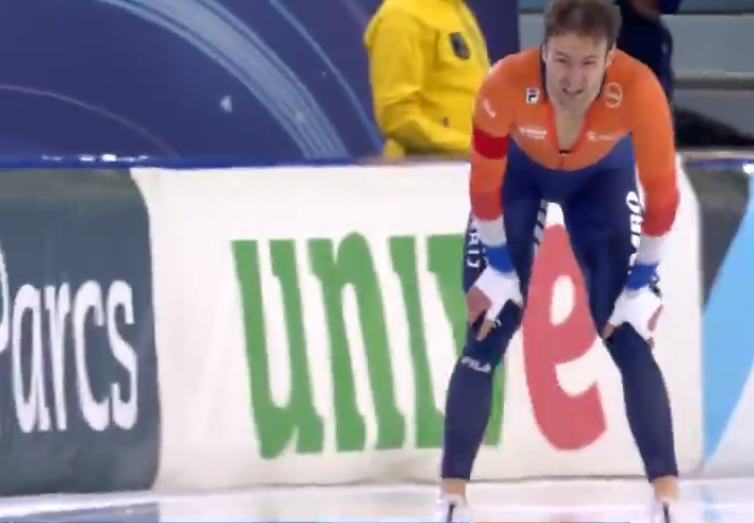 Home skaters returned to their customary gold standard today in the second round of the International Skating Union (ISU) Speed Skating World Cup in Heerenveen.

On the same ice in the Thialf Arena last week Dutch speed skaters won nine of the 12 gold medals on offer over the final two days of competition.

But the division 'A' events began with a restatement of intent from a United States skater as Brittany Bowe, winner of the women’s 1,000 metres and 1,500m events last week, earned further success at the longer of those distances, finishing in 1min 53.455sec.

Thomas Krol of The Netherlands matched Bowe’s exploits in the men’s races last time round in Heerenveen, and this time he won again in the 1,500m as he finished in 1:43.428.

Once again the Dutch filled the podium, with Kjeld Nuis taking silver, 0.79sec back, and Patrick Roest bronze at 1.33.

The Dutch struck again in the women’s 500m as Femke Kok, winner of two golds in the last round, proved unbeatable once again, clocking 37.233sec.

Russia’s Angelina Golikova was second in 37.290, ahead of Austria’s Vanessa Herzog, who recorded a time of 37.409.

The Dutch hopes went awry in the men’s 500 metres, however, as last week’s winner Dai Dai Ntab, who arrived atop the World Cup rankings, finished third, 0.11 off the Russian winner, Pavel Kulizhnikov, who clocked 34.475.

Irene Schouten put the home team back on top of the podium after another win in the women’s mass start that keeps her top of the World Cup standings.

The session ended with further home success as Jorrit Bergsma took the men’s mass start gold, finishing in 7:43.470 ahead of Belgium’s Bart Swings, who clocked 7:45.080, and Switzerland’s Livio Wenger, who was timed at 7:45.210.