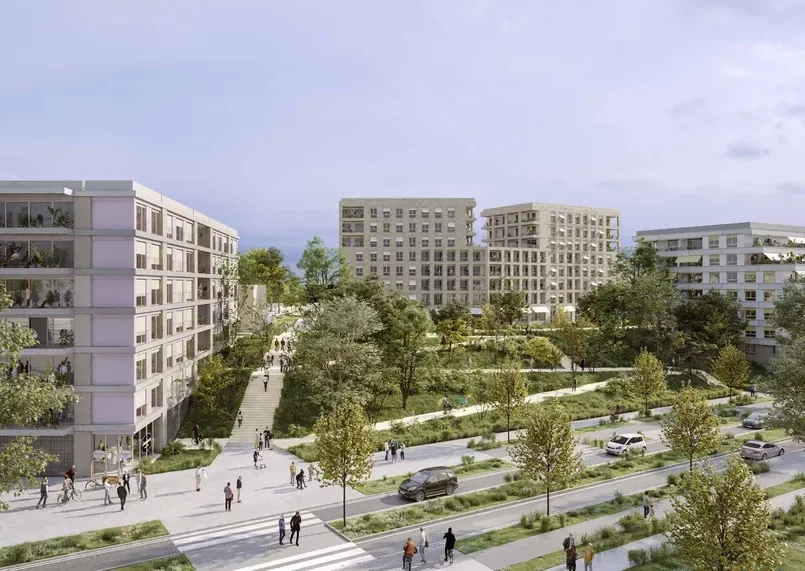 A group titled "Saccage 2024" has opposed a new media village for the Paris 2024 Olympic and Paralympic Games by protesting at the construction site in Dugny.

The group, which translates as Ramage 2024, issued a statement earlier this week confirming a planned protest at the site.

"We are against this project, because this media village would be built on the 'Aire des Vents' (Windy Area), a public green space classified as a "Sensitive Natural Zone".

"An ecological corridor including a 'Classified Wooded Area', which is an integral part of the Courneuve Georges-Valbon departmental park, the third largest park in Ile-de-France, designated as Natura 2000 (the European Union's network of nature protection areas).

"The amputation of the Aire des Vents will deprive the inhabitants of a space for breathing, leisure, sports and walking.

"It will seriously threaten the survival of the birdlife that has lived in this area for more than sixty years and will break the protective link between the Aire des Vents with the ecologically richest adjacent sectors of the park, which are home to animal species protected on a European scale."

Saccage 2024 claimed organisers were using an Olympic and Paralympic bill to force through "urbanisation of this ecological corridor".

The group also alleged it witnessed Solideo, the state-owned company in charge of the construction of venues for Paris 2024, "cutting 60-year-old trees with a chainsaw" on January 12 as preparation work began.

The group has appealed the construction process of the Paris 2024 Media Village.

Solideo has promised that the development will deliver a "garden city" for the 21st century.

Solideo acquired the land necessary to enable it to start work earlier this month.

The Paris 2024 Media Village is being created in two distinct phases, with the target of the first phase to build 700 housing units by the spring of 2024.

The units will then be turned into a temporary media centre for the Games, scheduled to take place from July 26 to August 11 in 2024, housing around 2,800 journalists and technicians.

Work on the Plateau sector, which is scheduled to begin following the Games, is expected to see the construction of around 600 housing units at Seine-Saint-Denis.