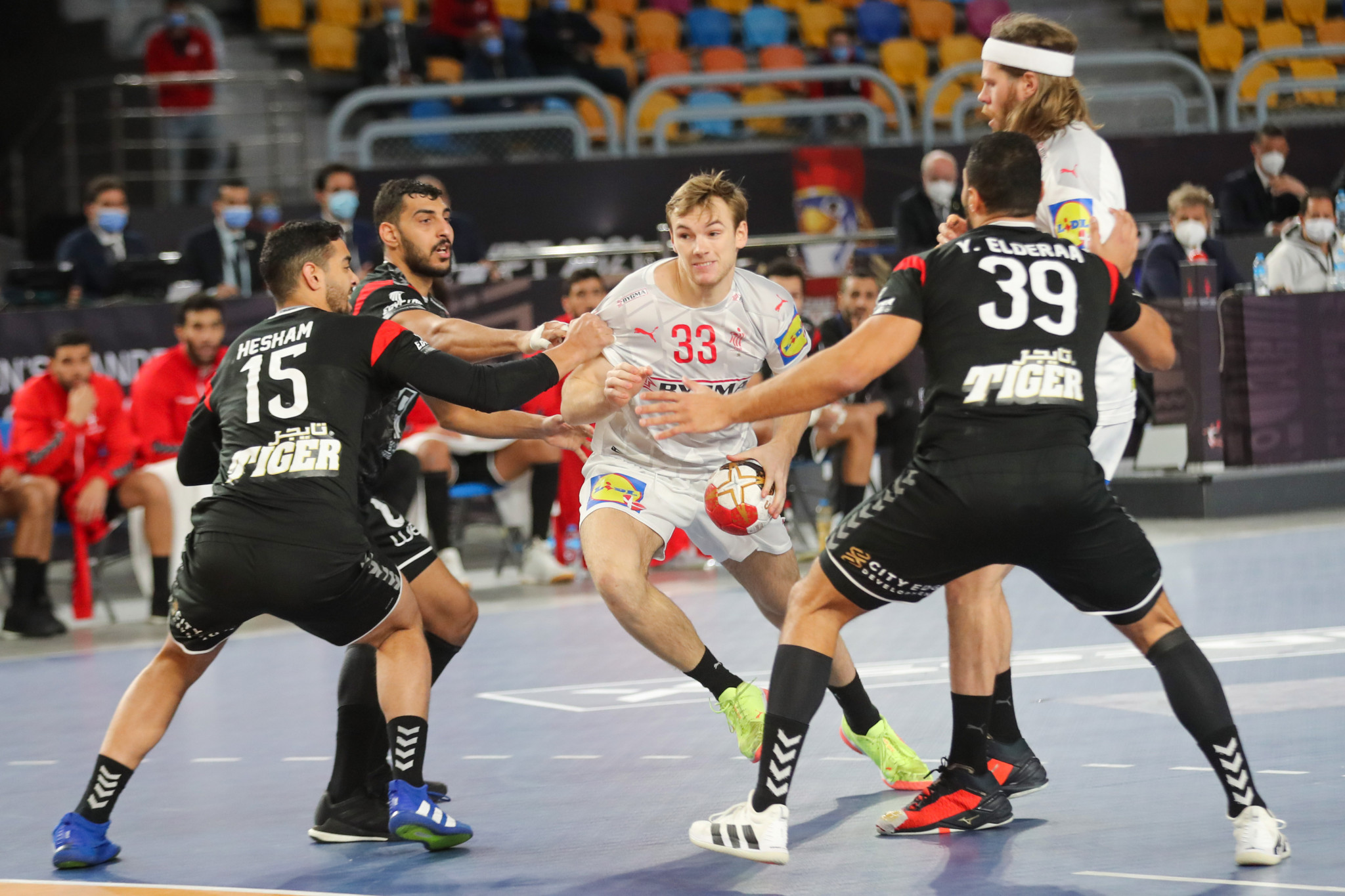 Defending champions Denmark edged out hosts Egypt in a dramatic contest that went to four periods of extra time as the line-up for the last four of the World Men’s Handball Championship was finalised today.

Four European nations – Denmark, Sweden, Spain and France will contest the semi-final matches, but there were plenty of thrills and spills along the way.

The day’s most dramatic contest took place at the Cairo Stadium Sports Hall as defending champions Denmark survived a huge scare to edge out the tournament hosts 39-38.

Egypt led early on before Denmark fought back and went to the interval with a three goal advantage at 16-13.

Egypt rallied early in the second period and took the lead before being pegged back again.

The hosts then levelled in the final seconds of regulation to take the tie to extra time with the scores poised at 28-28.

The sides could not be separated after four periods of extra time with the contest going to a penalty throw-off.

In the throw-off Egypt missed two shots to their opponents one, enough for the defending champions to scrape through by a final scoreline of 39-38.

More overtime was required to separate France and Hungary, in an exciting match played at the Dr Hasan Moustafa Indoor Sports Complex in the 6th of October City.

After the first half, the Hungarians held a two goal lead but France battled back and the scoreline was poised at 30-30 after regulation time.

France managed to win the overtime period and triumphed by a final score of 35-32.

The two time world champions led by six goals at the interval 21-15 and kept their opponents at arms length on their way to the last eight.

The Swedes led 14-10 at the interval before running away with the contest in the second period, scoring 21 goals.

The semi-finals are scheduled to take place on Friday (January 29) at Cairo Stadium Sports Hall with France up against Sweden before Spain take on Denmark.

Meanwhile the final matches took place in the President’s Cup today, a competition for teams that did not progress past the first phase of the main tournament.

Morocco won the 29th place game against Angola on penalty throws with a final score of 30-29.

The match at the Dr Hasan Moustafa Indoor Sports Complex was level at 27-27 after regulation time before Morocco took the shoot-out.

Republic of Korea were awarded 31st place ahead of Cape Verde, who withdrew from the tournament during the first group phase after a coronavirus outbreak within the camp left them in a position where they were unable to fulfil their fixtures.