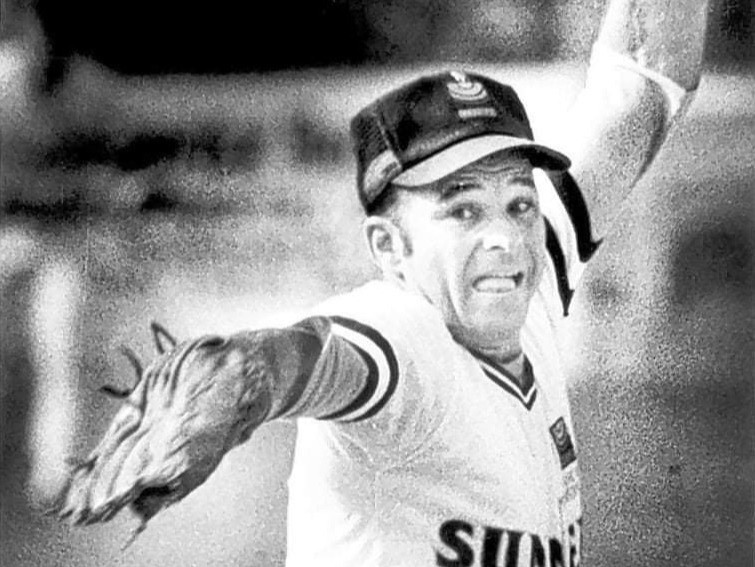 Ty Stofflet, considered one of the greatest pitchers to have graced a softball field, has died at the age of 79.

Tributes have been paid to the legendary left-handed pitcher who memorably starred for the United States at the International Softball Federation Men’s Softball World Championship in 1976.

He was inducted into the World Baseball Softball Confederation Hall of Fame in 2005.

Stofflet was named the top pitcher and Most Valuable Player at the 1976 tournament which was jointly won by the US, New Zealand and Canada after the playoffs were rained off.

The 20-innings battle between Stofflet and New Zealand great Kevin Herlihy is regarded as one of the most enthralling duels in the history of men's softball.

Stofflet later drove in the last run of the game and grabbed the win with a historic no-hitter.

New Zealand catcher Terry Nunns said Stofflet "was awesome that night, and Kevin had a ripper of a game too", according to New Zealand website Stuff.

The men's fastpitch community lost a legend, arguably one of the greatest pitchers of all-time, Lefty Ty Stofflet..

Nunns also described Stofflet as a "quiet sort of guy, a very humble man" as he recalled a meeting with the American in Pennsylvania in 1980.

"He told me he thought [the 1976 tournament] was the best he had pitched in his life," added Nunns

During his 30-year career, Stofflet pitched more than 500 one-hitters and 650 shutouts among his 1,500 victories.

According to reports, Stofflet could pitch faster than 100 miles per hour and his riser jumped almost three feet.

Stofflet is famously reported to have said: "They call it softball, but at the speed I throw it, a marshmallow could break bones."