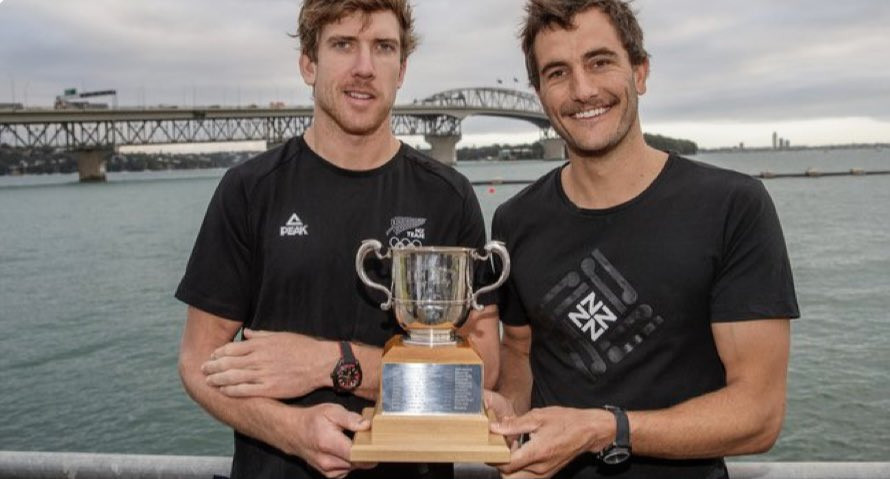 The pair won seven of the 13 races at the event in Melbourne to finish 28 points ahead of their nearest rivals and claim a sixth world crown.

Their success has been recognised by the NZOC, which has awarded them the Lonsdale Cup, given to the standout sporting performance annually.

"A huge amount of dedication, skill and hard-work is required for every campaign and these athletes have proven time and time again that they are a cut above the rest.

"We would like to congratulate Pete and Blair not just for their recent achievements but for years of sporting endeavours across disciplines which have captivated and inspired our nation.

"We would also like to acknowledge their commitment to the ambition for a healthy ocean and recognise the work they have been doing in this space with marine conservation charity, Live Ocean.

"We were thrilled to have Pete and Blair as our flagbearers for the Rio Olympic Games and we are pleased to be presenting them with the Lonsdale Cup today.

"The NZOC thanks them for their contribution to sport and to New Zealand society."

Burling and Tuke said they were honoured to win the award.

"It’s an honour to represent New Zealand and we are grateful to the NZOC for this acknowledgement," said Burling.

"2021 is shaping up to be an exciting year for sport. We’re looking forward to flying the New Zealand flag on the world stage."

Tuke said: "Through our sport we not only get to do what we love but we get to inspire the next generation of kiwis and shine a light on the importance of protecting our ocean - it’s the best job in the world."

The Lonsdale Cup was first awarded in 1961, with Sir Murray Halberg the inaugural recipient.

Past winners include the women's rugby and netball teams, as well as shot put icon Valerie Adams.