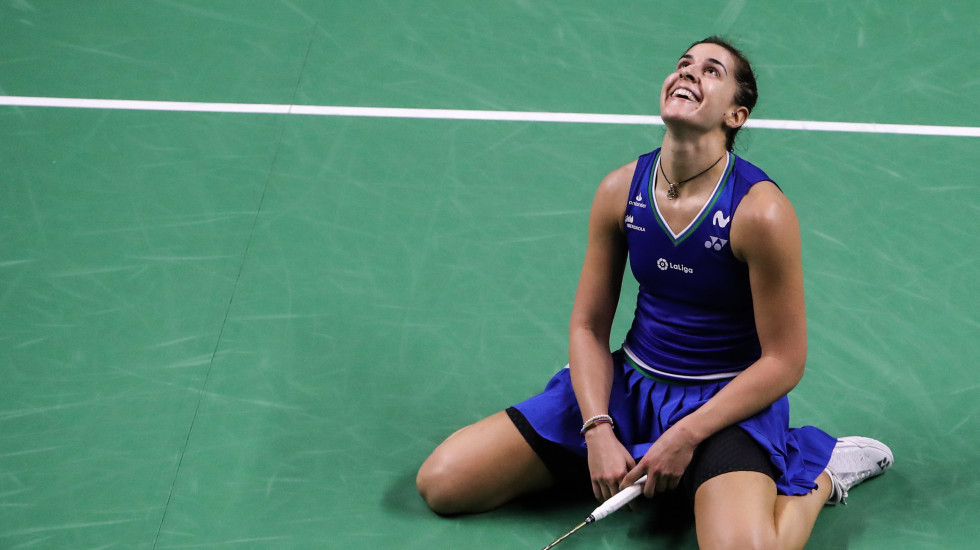 Vittinghus had made the tournament from a reserve list and had to reschedule his flight home as he did not expect to make the final.

The women's final was a rematch of the gold-medal match at the Yonex Thailand Open, with Spain's Marín up against Tai Tzu Ying of Chinese Taipei.

Both Axelsen and reigning Olympic champion Marín were the victors at the Yonex Thailand Open earlier this month.

"I said to myself and to my team that when we finish 2020 I want to be a like a new player with a new mindset, more focused on the game.

"I wanted to keep improving my game.

"We have two big goals for this year - the Olympics and the World Championships, so it’s going to be an important year.

"And to start with two victories in two weeks is unbelievable."

Both the Yonex and Toyota Thailand Open events were part of three back-to-back tournaments in Bangkok.

The BWF World Tour Finals is next and is scheduled to run from Wednesday (January 27) to Sunday (January 31).