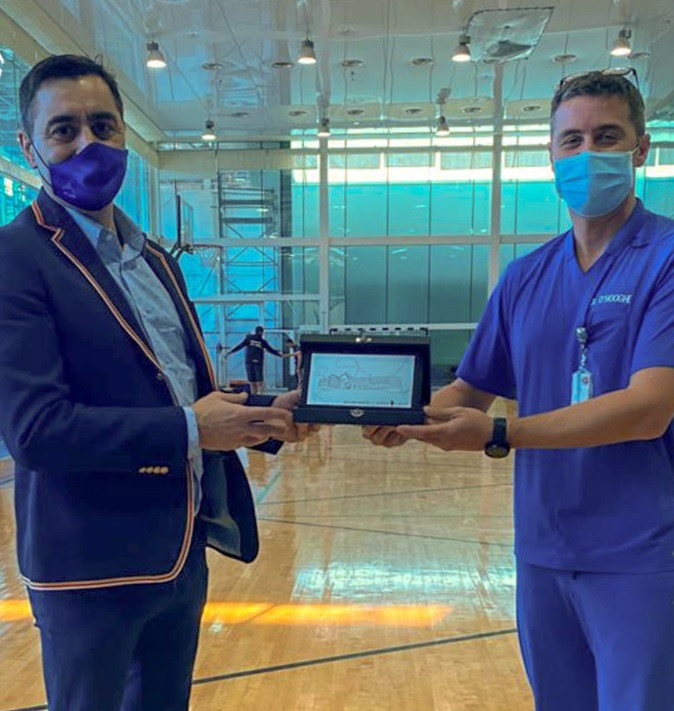 French Judo Federation (FFJ) President Stéphane Nomis is hoping to partner with a sports medicine hospital in Qatar after visiting Doha on his first overseas trip since assuming the role.

Nomis inspected the Aspetar facility and the Aspire Academy during the International Judo Federation World Judo Masters in the Qatari capital.

"Aspetar is a world-class hospital, as it provides all the facilities that athletes need to recover and rehabilitate after operations," Nomis said, according to Spanish newspaper AS.

"I was amazed by the ways of treating athletes who undergo treatment.

"I hope Aspetar's services can be taken advantage of through a collaboration between the hospital and the FFJ, in order to contribute to treating French judoka, which will therefore allow us to benefit from the potential of Aspetar."

The 50-year-old claimed 60 per cent of the vote to become head of one of France's most popular sports.

Nomis also competed for the French national team and took on the top job at a key time for the organisation.

Allegations of sexual assault have rocked the sport in the country, while judo is aiming to rebuild amid the COVID-19 pandemic.