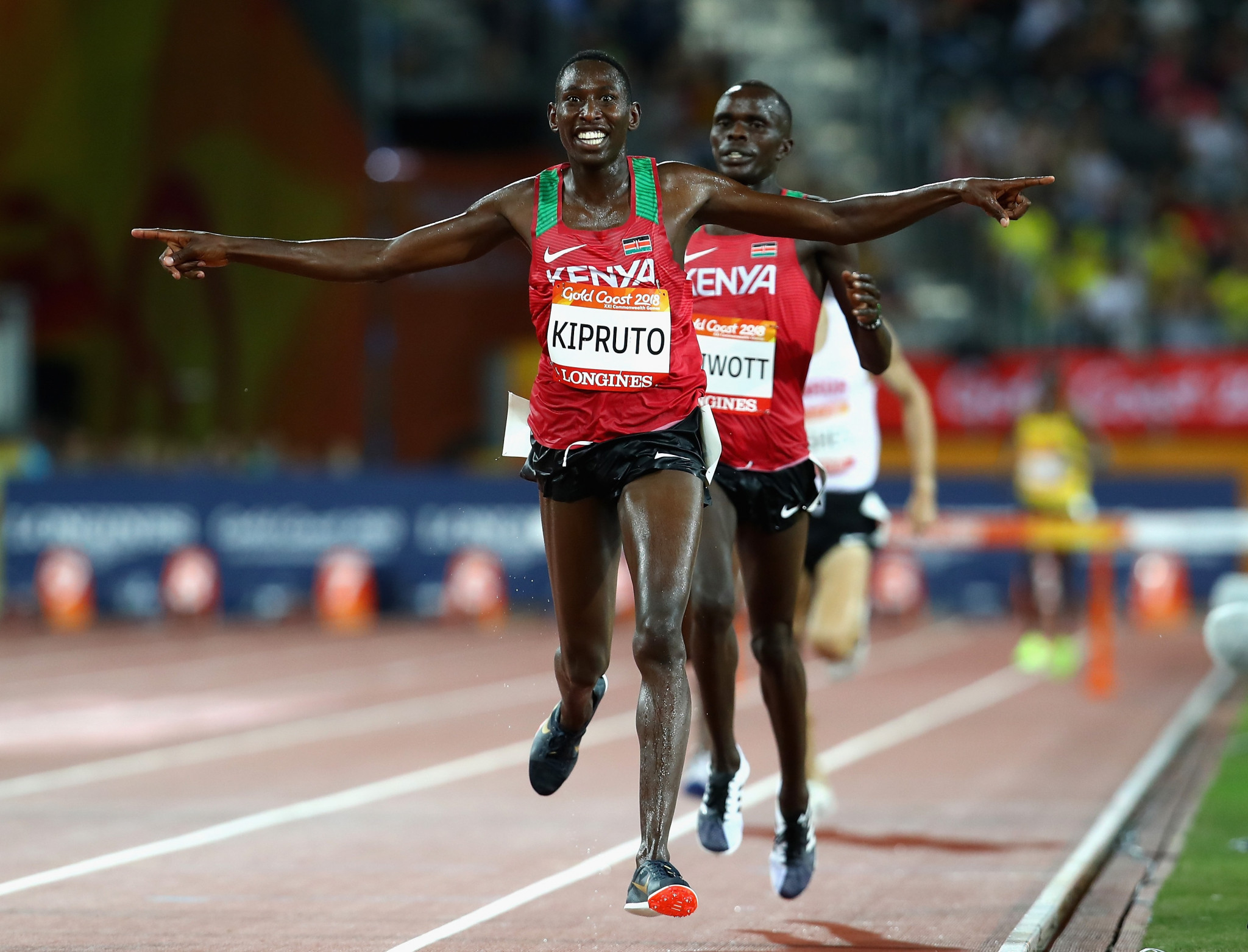 Kenyan athletes will enjoy major financial support through to the Paris 2024 Games thanks to a new partnership between their National Olympic Committee (NOC-K) and the Kenya Charity Sweepstake (KCS).

The contract - signed by the President of NOC-K, Paul Tergat, and the chief executive of Kenya Charity Sweepstake, Yaron Farachi - will see NOC-K receive 10 per cent of the net games revenues from KCS from this year until 2024.

Team Kenya will in the meantime use a cheque for KES10 million (£66,500/€74,700/$91,000) presented by Sweepstake officials at the ceremony towards preparations for the Tokyo 2020 Games that have been rescheduled for this summer.

Tergat, the former world record holder in the marathon and 10,000 metres, maintained that the Tokyo Olympics will go on as scheduled in 2021.

"Let me say that we have firm assurance from the Olympic Games organizers that the postponed Tokyo 2020 Olympics shall be staged as scheduled later this year," he said.

"NOC-K negotiated for this long-term partnership because one of the things that stands out is that preparation of Team Kenya needs to start way before Olympics," NOC-K secretary general Francis Mutuku told Kenya’s Capital FM.

"One of the challenges has been financial resources to adequately support the athlete four or five years in advance."

Farachi commented: "KCS is more than proud to be part of the journey of the Kenyan athletes.

"We'll introduce scratch cards that will be based on the Kenyan athlete.

"We'll also initiate activities that athletes can take part in to give back to the community."

Tegat meanwhile called for increased support for the Olympic teams.

"As you may know," the two-time Olympic silver medallist said, "participating in the Olympic Games is both a long-term and, a very expensive venture.

"This has now been worsened further by the COVID-19 protocol requirements such as frequent testing and management of the training environment.

"This is why we invite Kenyans to support our teams so that we can get our athletes to attain improved performances at the Olympic Games this year and beyond.

"We are delighted today to welcome the support from our partners, the Kenya Charity Sweepstake."