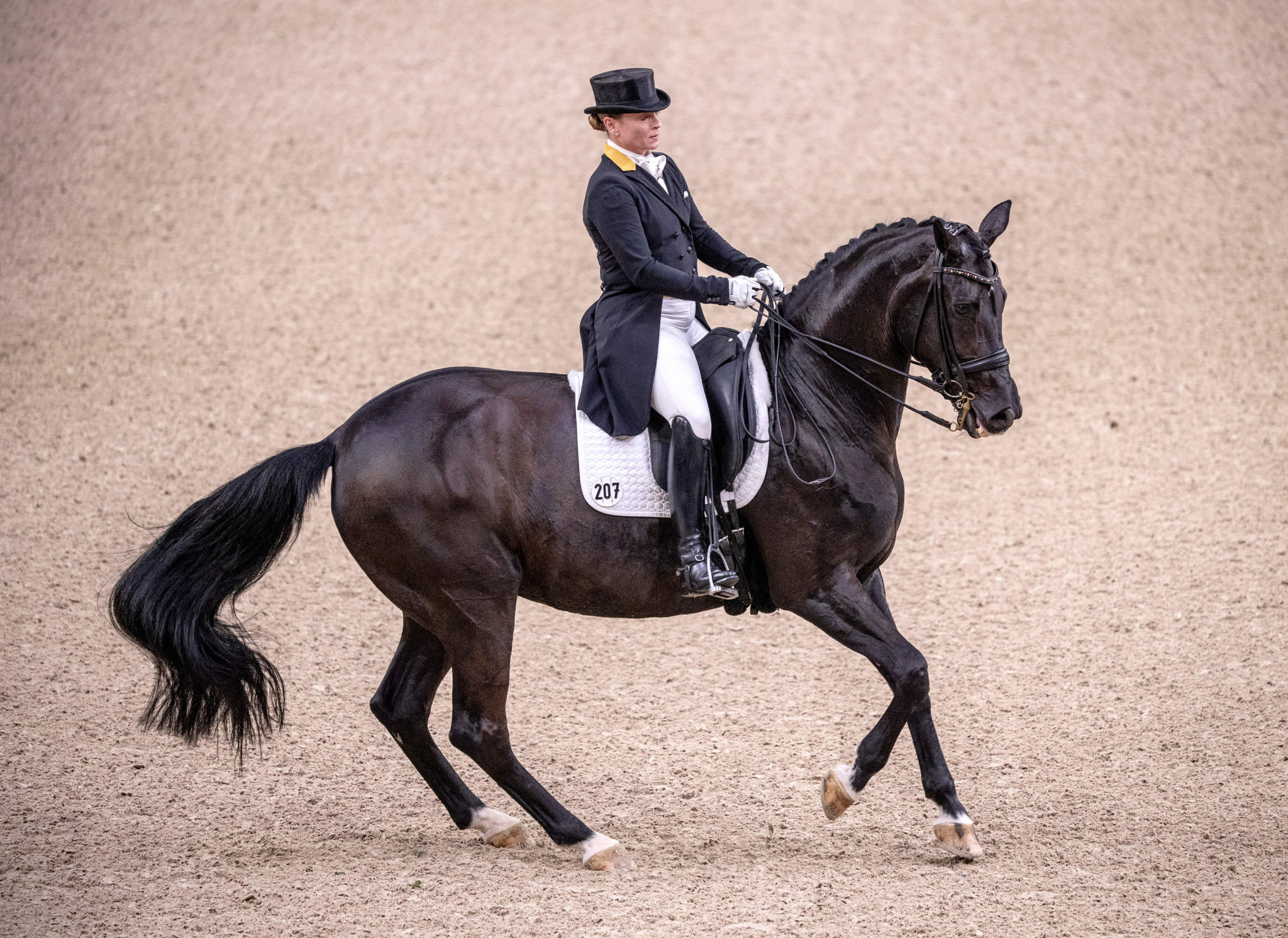 Werth, who has won each of the last three overall FEI Dressage World Cup titles, scored 81.848 on Weihegold OLD.

Jessica von Bredow-Werndl and TSF Dalera BB were second, scoring 79.630, as the event's four German riders all finished in the top five.

Germans Dorothee Schneider and Helen Langehanenberg - both Olympic team medallists - were fourth and fifth in that order.

Fourteen athletes from 10 countries competed in Salzburg, and all have therefore qualified for tomorrow's Dressage World Cup Freestyle to Music.

The only other Dressage World Cup Western European League leg to take place so far this season was won by Denmark's Cathrine Dufour on home soil in Aarhus.

Gothenburg in Sweden is due to stage this season's FEI World Cup Finals.