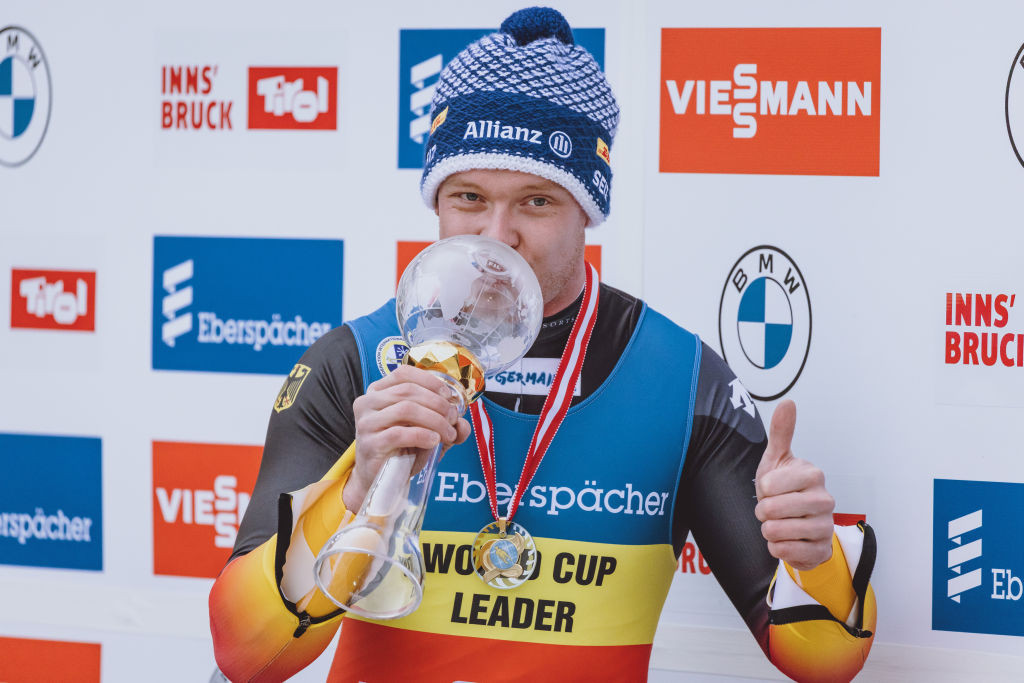 German star Felix Loch secured the overall men's Luge World Cup title in style as he claimed his ninth win of the season in Innsbruck.

The three-time Olympic gold medallist, who had all-but sealed the crown prior to the opening of the event, moved into an insurmountable lead after topping the podium in the penultimate singles race of the campaign.

The multiple world champion finished just 0.006 faster than Russian Semen Pavlichenko, who was forced to settle for silver in 1:39.777.

Johannes Ludwig of Germany did enough for third, ending the event 0.216 slower than his victorious team mate.

The win for Loch, who leads Ludwig by 320 points with only 200 up for grabs during the remainder of the season, saw him clinch a seventh overall Luge World Cup title.

"Somehow I am speechless at the moment," Loch said.

"You can only dream of a season like this."

In the doubles event, Ludwig Rieder and Patrick Rastner of Italy earned their first World Cup win in a time of 1:19.436.

Steu and Koller extended their advantage over Toni Eggert and Sascha Benecken on the overall standings to 111 points after the Germans could only manage fifth today.

The World Cup in Innsbruck is scheduled to conclude tomorrow.