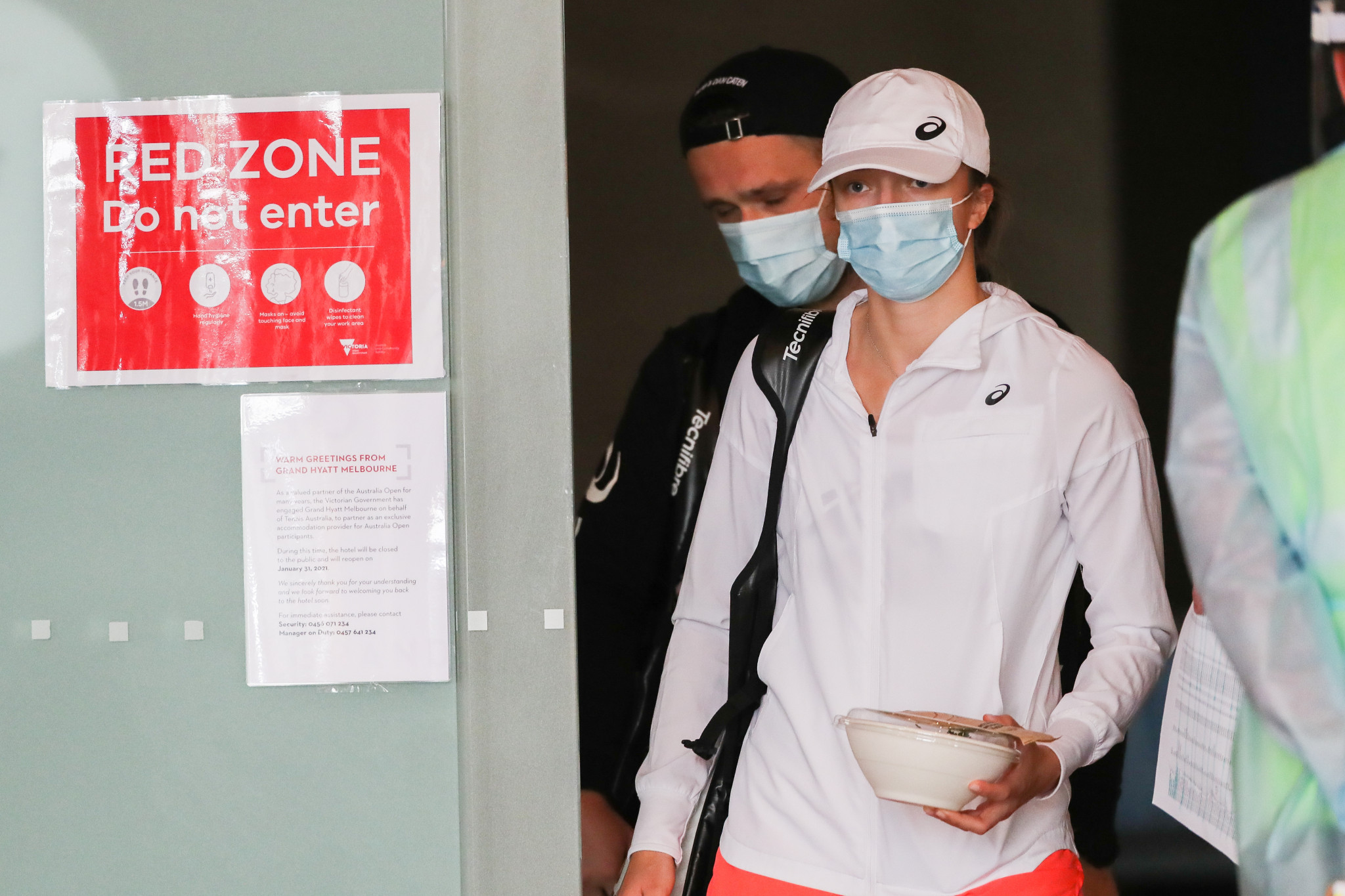 Three of the 10 people who tested positive for coronavirus while inside the Australian Open bubble have contracted the more virulent United Kingdom strain, it has been confirmed.

The COVID-19 Quarantine Victoria (CVQ) said the three men - including two in their 30s and one in his 50s – were connected to the Australian Open but were not players.

The trio have been under the strictest quarantine rules since their arrival in Melbourne last week, according to the agency.

"All three cases have been in hard lockdown since they landed in Melbourne," a CVQ spokesperson said.

"The residents arrived in Melbourne on a dedicated Australian Open charter flight on 15 January and returned their first positive tests on 15, 17 and 18 January."

It is the first time the Australian Open has been linked with the UK variant, which is estimated to be up to 70 per cent more transmissible.

New evidence also suggests the variant might be 30 per cent more deadly.

The CQV said there were now 10 active coronavirus cases associated with the Australian Open, with a man in his 20s - who is not a player - the latest to be confirmed.

Spanish player Paul Badosa revealed yesterday that she had been taken to a "health hotel" after testing positive for COVID-19.

The 23-year-old, who previously spoke out against the harsh quarantine protocol, said she was "feeling unwell" with "some symptoms".

Victoria has recorded no new local cases for the 17th successive day.

There are currently 33 active coronavirus cases in the area, with 32 of those in hotel quarantine.

The Victorian Government is considering adding new hotels to its quarantine programme in a bid to allow more overseas travellers into the area.

Three-time major winner Sir Andy Murray had hoped to compete in the Australian Open after isolating at home following his positive coronavirus test earlier this month.

But the British star revealed he was unable to agree a "workable quarantine" plan with Tennis Australia and said he was "gutted" to miss the tournament for the second successive year.

A total of 72 players are undergoing a strict two-week period of isolation after flying into Australia on planes where positive COVID-19 cases were identified.

They will be unable to hit the tennis courts for two weeks, while those unaffected will be allowed out of their rooms for five hours a day to train under the original quarantine protocol.

US Open champion Dominic Thiem, who is currently in Adelaide, believed the players under the toughest rules were at a "huge disadvantage" ahead of the tournament, scheduled to begin in just over two weeks’ time.

Spain's world number 13 Roberto Bautista Agut compared the quarantine conditions in Melbourne to being in a prison "with wifi", while other players have also taken to social media to express their frustration at the situation.

The Australian Open is scheduled to run from February 8 to 21 after it was postponed by three weeks to allow for the period of quarantine after players arrive in the country.

Calls have been made for the tournament to be pushed back again, but organisers have stressed the competition will start as planned.