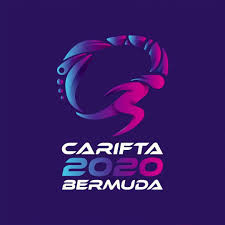 The rescheduled 2020 Caribbean Free Trade Association (CARIFTA) Games in Bermuda are set to take place just three weeks before the opening of the Tokyo 2020 Olympics after the event was postponed until July.

The North American, Central American and Caribbean Athletics Association (NACAC) has decided to push back the Games from April to July because of the coronavirus pandemic, according to the body's President Mike Sands.

Concerns had been raised that a rise in COVID-19 cases, largely thought to have been caused by the discovery of new variants, meant April would be too soon for the event to be held.

Hamilton in Bermuda is now set to stage the Games, postponed from last April, between July 2 and 4.

The rearranged Tokyo 2020 Olympic Games are scheduled to open on July 23 and conclude on August 8.

"Time is running out, and the situation is not improving globally," Sands said.

"The NACAC family, the CARIFTA family is affected.

"We took a decision at Council level to do a survey with membership to determine the best course of action.

"There were several options for a date change, and we ultimately decided on July 2 to 4."

Guyana had been due to hold the 50th anniversary of the Games this year, but is now set to host the event in 2022.

The CARIFTA Games are staged annually for athletes in the under-17 and under-20 age groups and regularly attract a star-studded field.