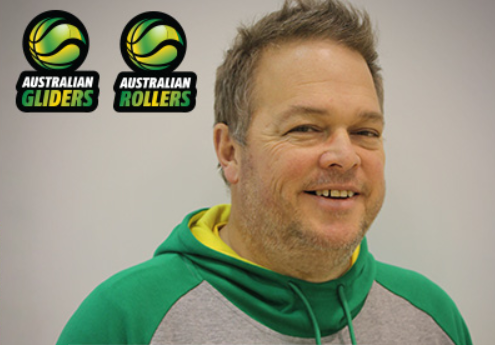 Friday, who has led the men's side since 2017, takes over from Stephen Charlton at the helm of the women's team.

Australia have qualified for both the men's and women's competitions at the Tokyo 2020 Paralympics.

"I am very honoured and excited about this opportunity and thanks to Basketball Australia for allowing me to do both roles," Friday said.

"This is a great opportunity and together with the support of the quality individuals I will have supporting me across both programmes, we will work extremely hard to achieve success throughout 2021."

Friday's involvement with the Australian men's team dates back to 2002, when he was a technical coach.

When the Rollers won a silver medal at Athens 2004 and gold at Beijing 2008, Friday was an assistant coach.

Leigh Gooding, Basketball Australia’s head of wheelchair basketball, said Friday had "done an outstanding job with the Rollers since being appointed as head coach in 2017" and was the right person to take the women's programme forward.

"With the way in which the Australian wheelchair programme is structured and how the international calendar currently looks, it supports the ability to have a head coach overseeing both the men’s and women’s national teams," Gooding said.

"He will be supported in this dual role by a strong and experienced coaching unit for the two teams and we are excited to see what both programmes can deliver over the coming years."

Australia placed sixth in the men's contest at Rio 2016 and was not involved in the women's tournament.

Training camps for both the men's and women's teams are planned for later this month.