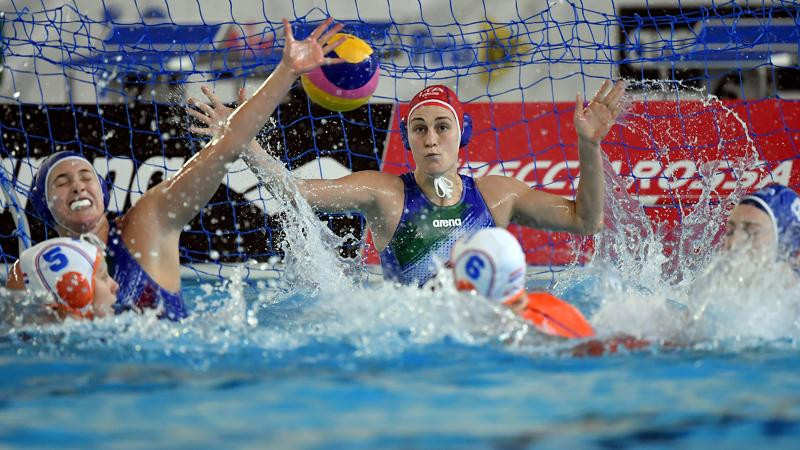 The Netherlands and Italy drew in a close encounter at the Women's Water Polo Olympic Games Qualification Tournament in Trieste.

The Beijing 2008 Olympic champions were held to a 7-7 draw with hosts and Athens 2004 gold medallists Italy at the Bruno Bianchi Aquatic Center.

Simone Van de Kraats scored twice for the Dutch side, while both Claudia Marletta and Chiara Tabani got two goals each for Italy.

The result leaves both teams top of Group A with four points each, although The Netherlands have a superior goal difference.

In the group's other match France beat Slovakia 17-9.

It is France's first win and they now sit third in the group with two points, while Slovakia are bottom and yet to get off the mark having lost both of their two games so far.

In Group B, both Hungary and Greece sit on six points.

Hungary clinched their second victory of the tournament after a comfortable 23-6 win over Kazakhstan, while Greece were equally dominant in a 20-1 thrashing of Israel.

Rita Keszthelyi was the standout performer for Hungary yet again with nine goals, bringing her tournament total so far to 14.

The two teams who reach the final of the event in the Italian city, scheduled for Sunday (January 24), will book a place at the Tokyo 2020 Olympic Games.