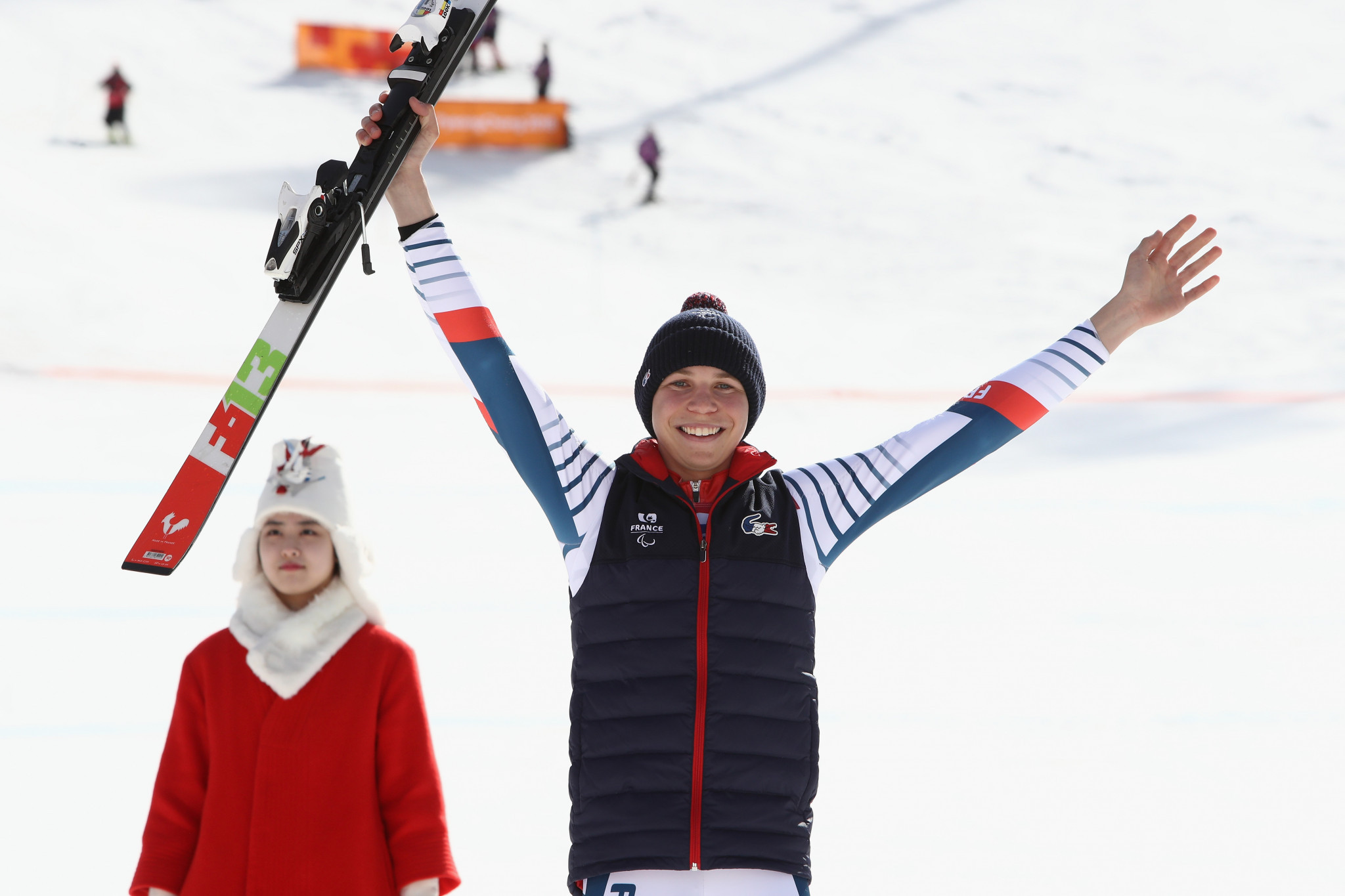 In third place with 1:54.79 was local athlete and Paralympic champion Theo Gmur, who missed last season through an ankle injury.

Sweden's Ebba Aarsjoe was an unexpected winner in the women's standing contest, finishing in 1:58.23 to surpass Russia's Varvara Voronchikhina in 2:00.57.

Marie Bochet of France, a 20-time world champion and six-time Paralympic champion, had to settle for third place with 2:00.92.

Italy's Giacomo Bertagnolli was the winner in the men's vision impaired after finishing in 1:51.21.

He beat Slovakia's Jakub Krako in 1:53.42, while Hyacinthe Deleplace of France recorded a time of 1:53.53 to place third.

Veronika Aigner of Austria achieved a time of 1:52.59 to comfortably triumph in the women's vision impaired.

Anna-Lenna Forster of Germany was the victor in the women's sitting with 2:12.20, while Barbara van Bergen of The Netherlands took second place in 2:14.46.

Japan's Norika Harada did not finish the race.

There was more success for the Dutch team in the men's sitting as Jeroen Kampschreur finished in 1:51.27 to clinch gold.

Compatriot Niels de Langen was third in 2:00.01, while Jesper Pedersen of Norway placed in between the two with a time of 1:54.73.

Competition is scheduled to continue tomorrow with a second giant slalom race across all disciplines.