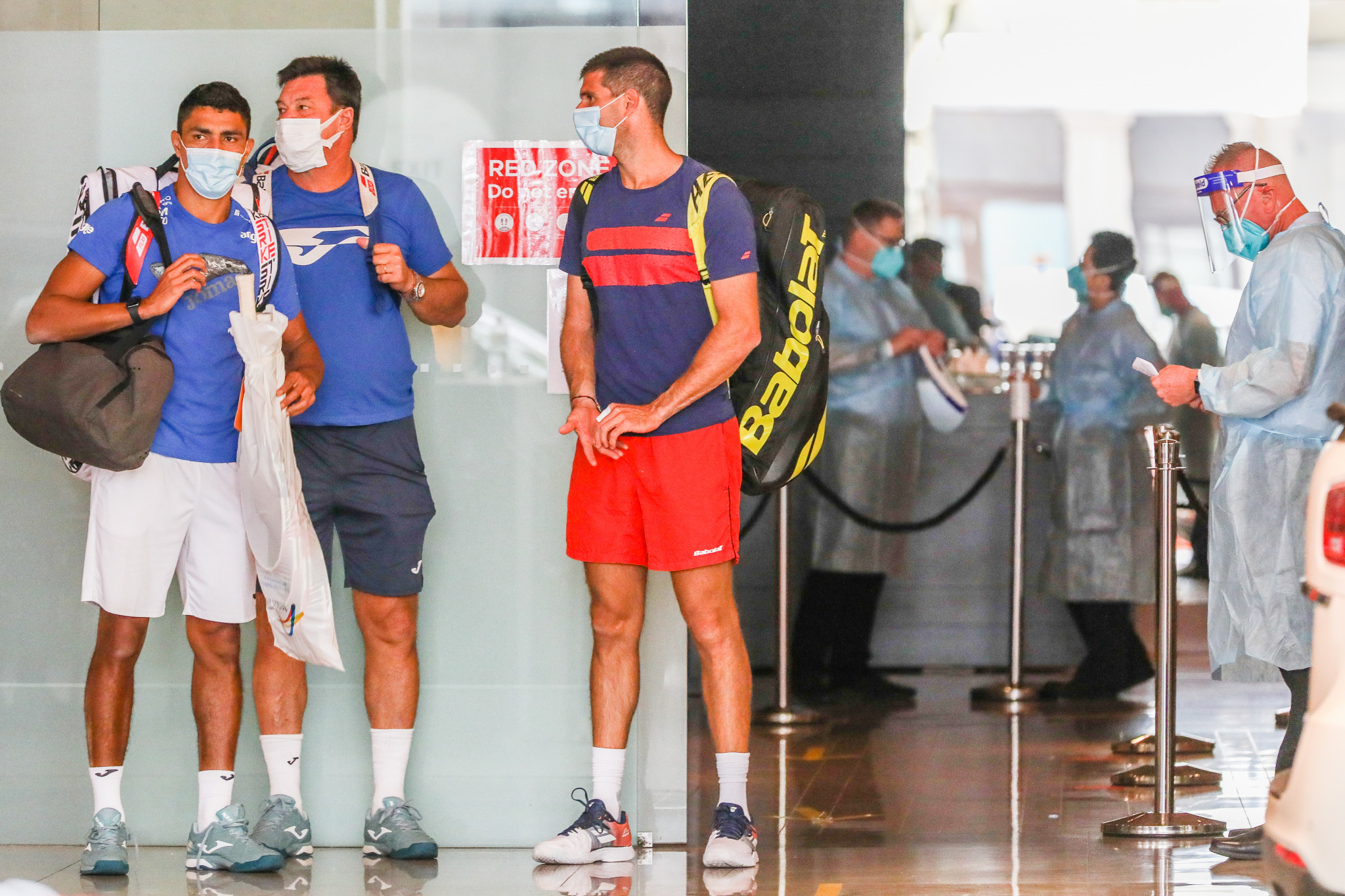 Two more Australian Open players have tested positive for coronavirus to take the number of cases linked to the Grand Slam to 10.

The remaining cases are among non-playing Australian Open participants.

There has been some confusion over the exact number of positive cases, however, with local authorities reclassifying some test results after attributing them to "viral shedding" from previous infections.

It is believed a total of 10 people associated with the tournament currently have coronavirus.

In total, 72 players are undergoing a strict two-week period of isolation after flying into Australia on planes where positive COVID-19 cases were later identified.

Under the original quarantine protocol, players are able to leave their rooms to train for up to five hours a day, but those on planes with a positive case are no longer able to do that.

This has caused frustration among players and led world number one Novak Djokovic to ask for quarantine conditions to be eased, although his list of demands were rejected.

Spain's Roberto Bautista Agut also told Sport5 the quarantine was like a prison "with wifi" and was a "complete disaster", but has since apologised for his comments after players' reaction to the period of isolation was widely criticised, claiming it was a case of a "private conversation taken out of context".

it’s actually a lot of them! Not even 1 in my room now🤦🏼‍♀️ pic.twitter.com/uUaicOhoB5

"I want to thank all the people who are making playing tennis again possible," he posted on social media.

"As well as all those who fight against COVID-19 everyday.

"The management that has been made in Australia to prevent the spread of the virus is admirable."

There has also been footage posted of mice in the rooms of players quarantining, with Kazakhstan's Yulia Putintseva sharing a series of videos of a mouse in her room on social media, having already been moved to a new room because of a rodent problem.

Victorian Police Minister Lisa Neville suggested players had been feeding the mice but confirmed pest control work had been carried out.

"Every tennis player needs to clean their own room and change their own beds if they want that," she said, according to The Age.

"We will keep doing pest control if we need to, but hopefully that pest control work that was done this week will have fixed the problem."

Neville also said that "I understand there may have been some feeding going on".

Despite the controversy surrounding the quarantine conditions, Tennis Australia chief Craig Tiley insisted the majority of players "have been really good".

The Australian Open is scheduled to run from February 8 to 21 after competition was postponed by three weeks to allow for the period of quarantine after players arrive in the country.

Several players have called for a further delay in response to many being stuck in a hotel room for 14 days, but these calls have so far been rebuffed.

Serbia's Djokovic and Sofia Kenin of the United States are set to defend the men's and women's titles, respectively.