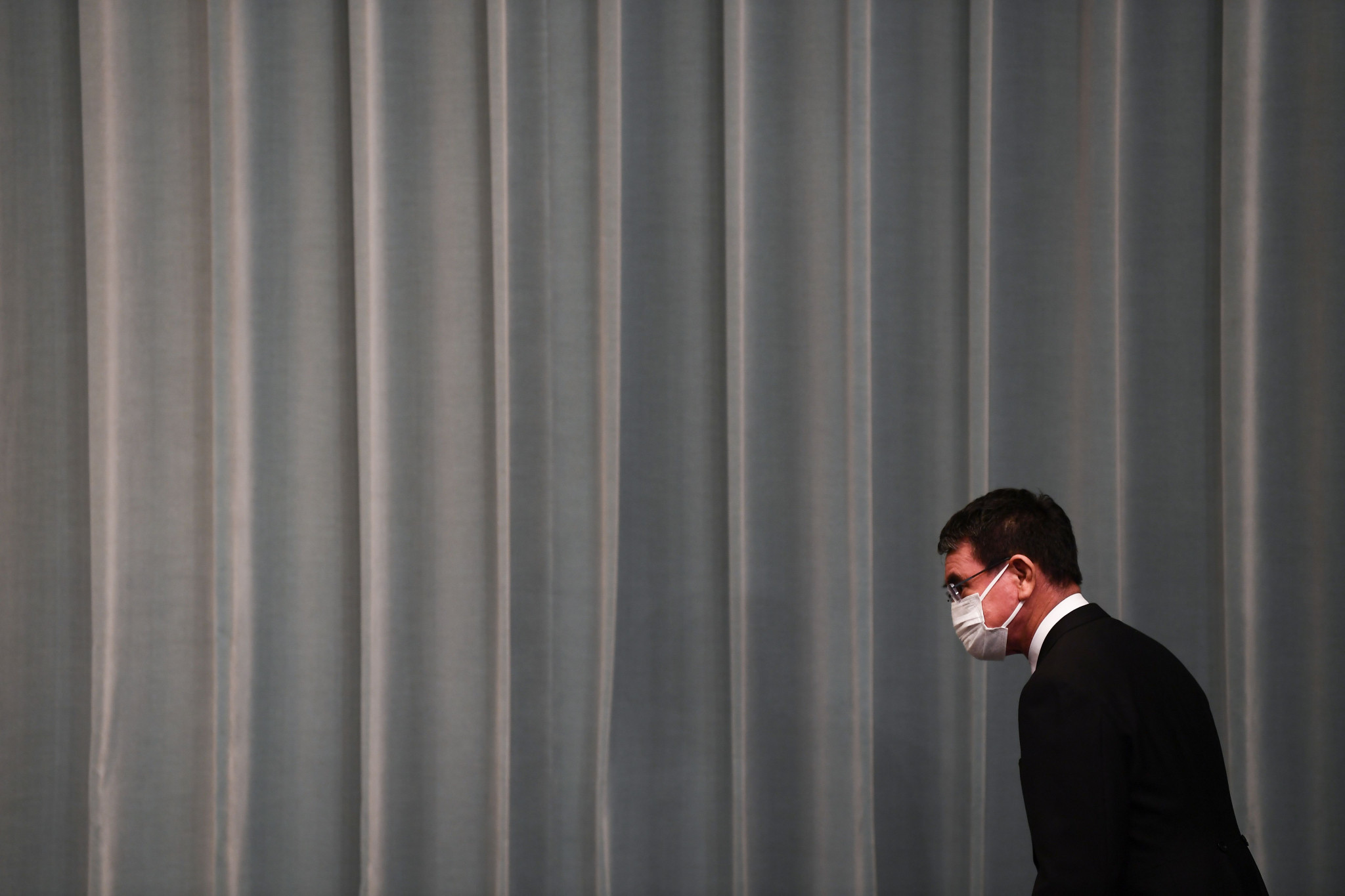 Newly-appointed COVID-19 Vaccine Minister Tarō Kōno has vowed to ensure a smooth roll-out of vaccines in the coming months in Japan, ahead of the Tokyo 2020 Olympic Games.

Japanese Cabinet Minister Kōno, who admitted this week the holding of the Tokyo 2020 Olympics and Paralympics "could go either way", was appointed as the country's COVID-19 Vaccine Minister yesterday.

"I will do everything in my power to ensure safe and effective vaccines can be given to as many people as possible, as quickly as possible," Kōno said, according to the Japan Times.

Japan is hoping to approve the Pfizer-BioNTech vaccine next month.

The vaccine has already begun to be administered in several countries, such as the United States and the United Kingdom, but Japan requires additional clinical trials to be conducted on its own people before granting approval.

Japan has an agreement with Pfizer to receive vaccines for around 60 million people by June.

The country hopes to offer vaccinations to medical workers and the elderly from March.

Vaccinations have continued to be a key topic in the build-up to the rescheduled Tokyo 2020 Olympic and Paralympic Games.

Chief Cabinet Secretary Katsunobu Katō, a key Government spokesperson, insisted vaccinations will not be a prerequisite for the Olympic Games to take place.

"We are considering comprehensive measures to hold a safe and secure Games, even without making vaccines a condition," Katō said, according to the Japan Times.

Senior International Olympic Committee (IOC) member Richard Pound claimed earlier this month that prioritising athletes for the COVID-19 vaccine would be the "most realistic way" of ensuring the Games take place this year.

A year ago, #COVID19 emerged & sparked a pandemic. Life-saving vaccines have been developed. What happens next is up to us. If we don't #ACTogether, the 🌍 is on the brink of a catastrophic moral failure & the price will be paid with lives & livelihoods in the poorest countries. pic.twitter.com/QkriFnNfEC

There was no suggestion from Pound that athletes should be placed ahead of the elderly, vulnerable and healthcare workers.

The IOC has repeatedly said it will not jump the queue ahead of those who need a vaccination most.

Speaking in November, IOC President Thomas Bach encouraged athletes to have a COVID-19 vaccination before the postponed Olympics but insisted it would not be an entry requirement for the Games.

The organisation has expressed its commitment to having as many foreign participants as possible vaccinated for COVID-19 before Tokyo 2020.

Bach has also warned the vaccinations will not be a "silver bullet" for the Games, scheduled to open on July 23, going ahead.

Tedros said more than 39 million vaccine doses had been given in 49 richer states, but one poor nation had only 25 doses.

He called for full support of WHO’s global vaccine-sharing scheme COVAX, which will begin next month.

"I need to be blunt: the world is on the brink of a catastrophic moral failure - and the price of this failure will be paid with lives and livelihoods in the world's poorest countries," Tedros said.

"Even as they speak the language of equitable access, some countries and companies continue to prioritise bilateral deals, going around COVAX, driving up prices and attempting to jump to the front of the queue.

"This could delay COVAX deliveries and create exactly the scenario COVAX was designed to avoid, with hoarding, a chaotic market, an uncoordinated response, and continued social and economic disruption.

"Not only does this me-first approach leave the world’s poorest and most vulnerable people at risk, it’s also self-defeating.

"Ultimately, these actions will only prolong the pandemic, the restrictions needed to contain it, and human and economic suffering."