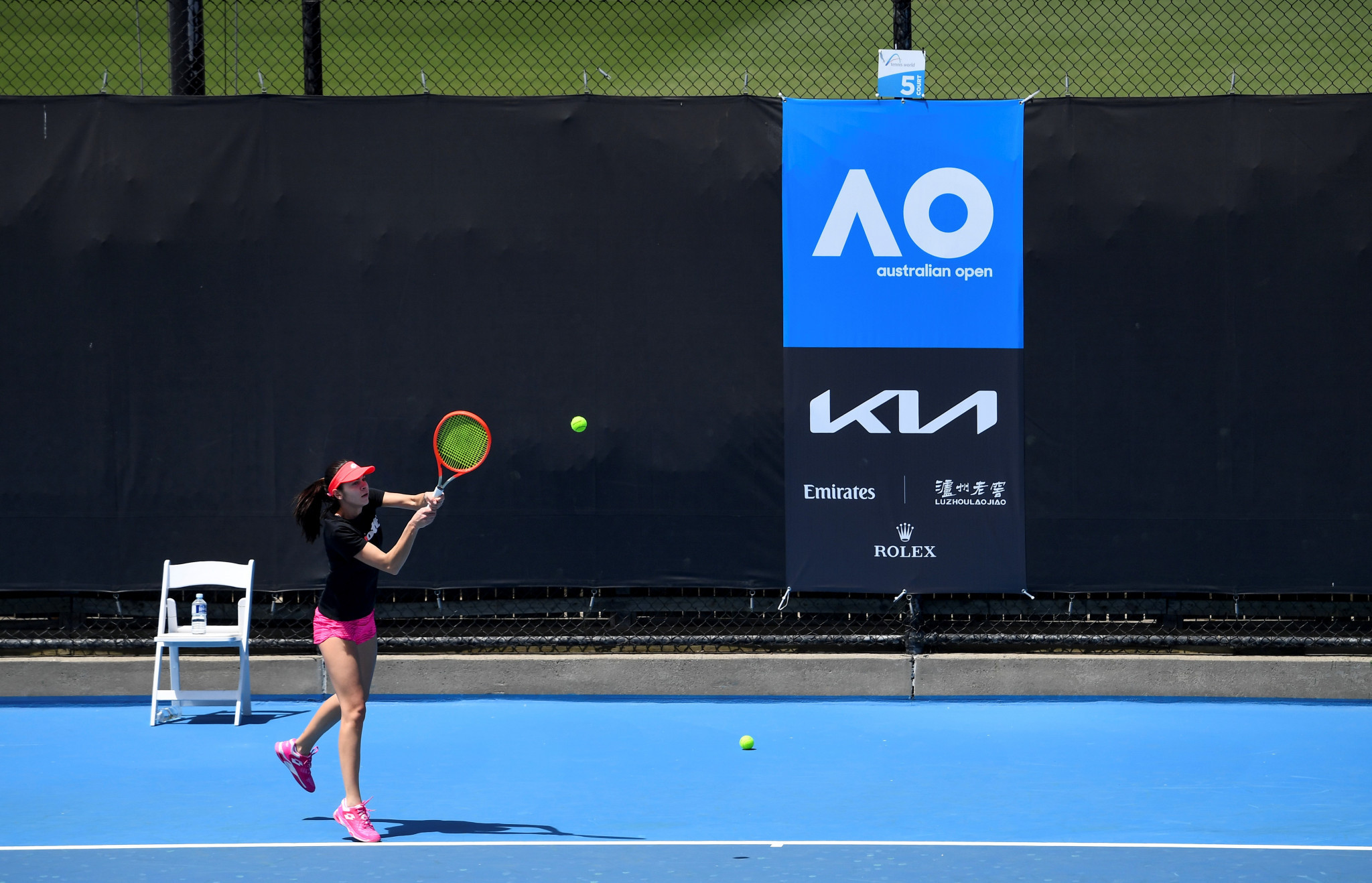 Two Australian Open players have tested positive for COVID-19 as the row regarding quarantine conditions in Melbourne continues.

The unnamed players are among three new cases of coronavirus reported by Victoria's chief health officer Brett Sutton, with the third case a "non-playing participant".

It is the latest blow to organisers of the Australian Open, scheduled to run from February 8 to 21 after competition was postponed by three weeks to allow for a period of quarantine after players arrive in the country.

Fifteen chartered flights have been organised to bring around 1,200 players, coaches, entourage members and officials to Melbourne ahead of the Grand Slam.

Positive COVID-19 cases on three such flights have forced 72 players to enter a two-week period of isolation, however.

Under the original quarantine protocol, players are able to leave their rooms to train for up to five hours a day, but those on planes with a positive case are no longer able to do that.

The quarantine conditions have provoked unrest among some players, with Spain's world number 13 Roberto Bautista Agut telling Sport5 that it was like a prison "with wifi" and was a "complete disaster."

"These people have no idea about tennis, about practice courts, about anything," he said.

"It's a complete disaster because of that.

"The control of everything is not Tennis Australia, it's the people from the Government... I can't imagine staying two weeks like this."

Men's world number one Novak Djokovic asked for quarantine conditions to be eased, with his requests including reducing the isolation period with more coronavirus testing carried out, moving players to private houses with access to a tennis court and the delivery of "decent food" and fitness equipment to their rooms.

While most players are being quarantined in Melbourne, Djokovic is part of a smaller group who are stationed in Adelaide for an exhibition tournament.

His suggestions were rebuffed by COVID-19 Quarantine Victoria commissioner Emma Cassar and Victoria Premier Daniel Andrews, and earned Djokovic criticism from Australia's Nick Kyrgios, who branded the Serbian a "tool".

Kyrgios also criticised the girlfriend of fellow Australian player Bernard Tomic after she featured in the a clip on 7 News complaining about the hotel food and having to wash her own hair.

Despite the negative reaction to the quarantine conditions, Tennis Australia chief Craig Tiley insisted the majority of players "have been really good".

Two-time Australia Open champion Victoria Azarenka, who is reportedly among those impacted, issued a statement on social media asking for her fellow players to be more emphatic to residents of Melbourne, who had lived under strict lockdown measures last year.

"I would like to ask my colleagues for cooperation, understanding and empathy for the local community that has been going through a lot of very demanding restrictions that they did not choose, but were forced to follow," the Belarusian said.

Calls have been made for the Australian Open to be pushed back again, given many players will go 14 days without training, but organisers have stressed the competition will start on February 8 as planned.

The tournament was the only one of the four Grand Slams not to be impacted by the global health crisis last year.

Djokovic and Sofia Kenin of the United States won the men's and women's titles, respectively.